This week sees the arrival of some State of PvP updates alongside some Elven graphical changes.

In our State of PvP blog we discussed two PvP minigames: Last Man Standing and Bounty Hunter, as well as issues affecting PvP gameplay. Since then, the Last Man Standing rework was released last week, and the Bounty Hunter rework design is well under way with a follow up blog and poll just around the corner. We also implemented all the polled changes discussed in the blog.

The overpowered granite maul and Dinh's bulwark were consistently raised in your PvP feedback. To remedy this, we acted on feedback and decided on the following changes: 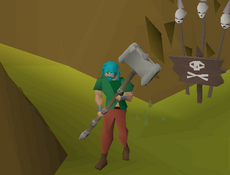 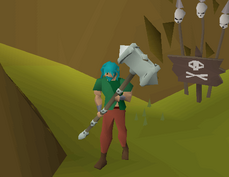 To prevent the granite maul (and many accounts specifically built around it) becoming unviable, we would like to keep the high KO potential available, but at a higher cost, thus increasing the risk. A new upgrade item, the ornate maul handle, has been added to the Bounty Hunter shop for 1,250,000 BH points. When upgraded with this item, the energy cost of the maul’s special attack is reduced to 50%. When lost on death in PvP, the ornate maul handle will convert to 375,000 coins.

Dinh's bulwark was considered to offer too much protection. When used in combination with black dragonhide, the bulwark made tanking and escaping from PvP situations far easier than intended. Initially we proposed reducing all the defensive stats of the item. After feedback, only the Magic defence bonus of the bulwark has been reduced - from 18 to 0.

Another issue facing PvP is that the standard spellbook is underpowered compared to the Ancient spellbook. One example is the Ice Barrage spell, which deals high damage and freezes the target in place for 19.2 seconds. In comparison, the best spell for holding an opponent in place on the standard spellbook, Entangle, freezes the target for 14.4 seconds, deals no damage and has its duration halved if the opponent has the Protect from Magic prayer enabled. While the Ancient spells are balanced by their high requirements, we thought it would be beneficial to improve the Bind, Snare and Entangle spells by removing the duration limiting effect of Protect from Magic.

Another highly requested change was to make the Snare and Entangle spells available in free-to-play worlds. Due to concerns around it being overpowered in free-to-play PvP, Entangle remains members-only for now, but Snare is now available for all. 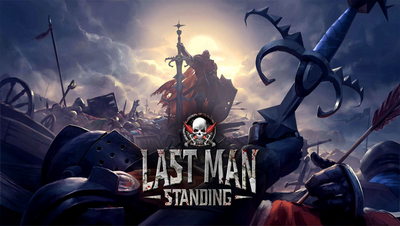 We'd like to thank everybody who has enjoyed playing the Last Man Standing rework. The following changes have been made based on your feedback:

Following the results of the post-release Song of the Elves poll, we are making the following changes:

All elf chatheads have been adjusted to match the most popular style from the poll blog. The main changes are to the shape, making them more like existing NPC chatheads and repositioning them in the chatbox.

Priestess Zul-Gwenwynig's model was changed unintentionally at the time other elves were changed. Her model now better represents her old clothing and is more suited to her environment.

The only remaining graphics we'd like to revisit from the Song of the Elves belong to dragonstone armour. Based on your feedback, we have created two alternate appearances which you can expect to find in an upcoming opinion poll. 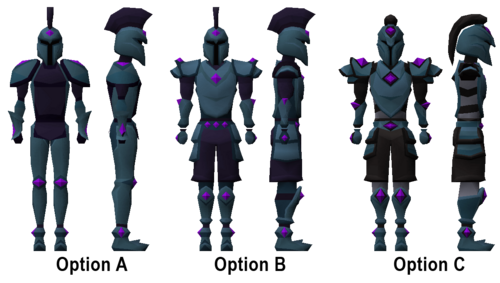 The options that will be offered in an upcoming opinion poll.

As we described in our New Player Experience blog, a lot of players either miss out on content they might enjoy or aren't even aware of it altogether. Meanwhile our Message of the Week screen wastes a lot of space.

So this week we're testing an updated welcome screen layout, replacing the redundant info and dead space with info about the game's content. The new version will be visible to a selection of new players while we monitor how effectively it performs. If it works well, it may be expanded to more accounts. We'd also poll it for long-established accounts, since even expeirenced players sometimes want to know when we're running discount membership deals like the Summer Special. 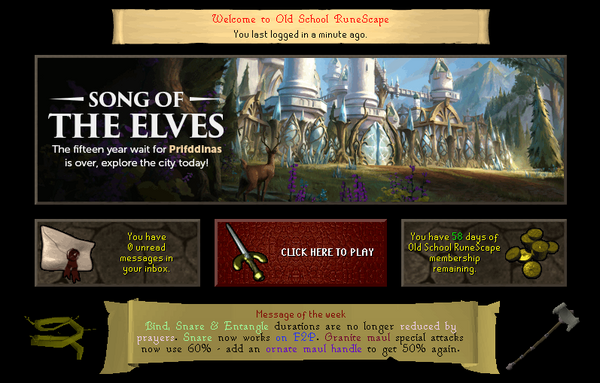 We're hosting an email-subs-only competition so keep an eye on your inbox! We are giving a couple of you the chance to win a Map of Gielinor phone cover to celebrate the launch of a new range of mobile phone covers on the store.

To enter, make sure you’ve subscribed to our communication updates by Sunday, September 8th, 23:59 UK time, and wait for an email from us early next week. To do this, go to your Email & communication preferences in your Account Settings on the Old School website!

This is just one of the exclusive perks our newsletter subscribers can enjoy, with many more coming over the next few weeks.