This week sees the release of some changes from recent polls: "Hosidius Rework and QoL Changes" and "Revisiting Older Content".
QoL Changes

The changes listed in this includes some of the changes from recent polls: "Hosidius Rework and QoL Changes" and "Revisiting Older Content".

The gold smelting interface has been improved and now functions with left-click buttons like the bank.

The bank interface now has a toggle for the "deposit inventory button". This can be accessed by clicking on the bank settings button on the top right of the interface under the close button.

We've now added 5 new Australian worlds. These worlds will have total level requirements to access them. They are the following: 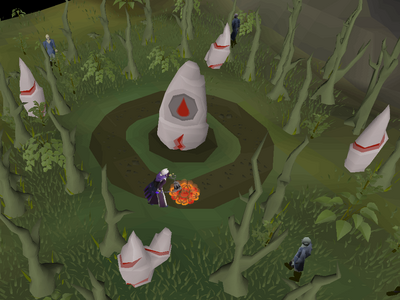 Recently, a survey has gone out to over 50,000 of you to get thoughts on the proposed new skill, Warding. Beware of phishing emails - please ensure you check your in-game message centre to see if you have received the Warding Survey. We will always accompany an emailed survey link with an official in-game message centre message.

We appreciate all the feedback you have given us this past week regarding the recent Warding Design Blog. Before we write up a revised Warding blog, we want to ensure we have as much feedback from players as possible. Please submit your Warding Design feedback on Reddit, Twitter or the Official Forums. Alternatively you can email us at [email protected]

The Easter event has now ended. If you didn't unlock the rewards this time, they'll be available again from the next Easter event.