This week sees the release of several changes and tweaks from the Skilling, Re-run and Miscellaneous weeks of QoL month. Previously promised Chambers of Xeric changes are also included.
QoL Changes

The changes listed in this post wrap up everything that was polled in both Skilling week and Re-run week, minus the Special Attack Orb change which has been held back for further testing. We are now looking to make a start on the changes from the final month: Miscellaneous. The first of these (regarding the Expert mining gloves) is included below:

The Prayer skill guide now shows the icon for each prayer rather than a holy symbol. 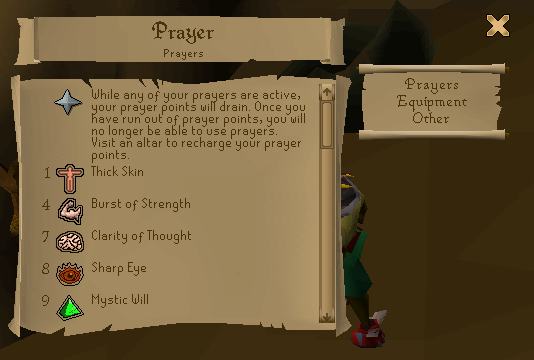 The Dragon defender has been updated to appear red rather than pink. 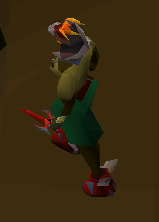 A plant has been added to indicate when the Hespori is fully grown in the Farming guild. When the plant by the Hespori's cave entrance is sprouted and open, this means the Hespori is ready to be fought or has been killed but not yet looted.

The Expert mining gloves effect now also works when mining Amethyst - giving a chance for the rock to avoid depleting.

This update brings the last of the changes from the Chambers of Xeric blog we published last month. Although that blog proposed an update to the energy wells in the Chambers, that wasn't so well received, so we're not proceeding with it for now. It can be polled in future if players do turn out to want it. We're also no longer pushing the idea of Xeric's Wards, the items that would earn you the right to avoid an undesirable boss room, at least for now.

However, players did make some additional requests in response to the blog. In particular, we'd like to adjust how the Chambers of Xeric scales its NPCs' combat stats and points to suit each party. The current behaviour is to look at the average combat stats of the party members. This has led to parties being disadvantaged if a pure member drags down their averages. We'd like to change it so that it looks at the highest combat stats of any party member, rather than the average ones. For solo trips this won't make a difference, but mixed parties will no longer be so disadvantaged by including pures. That change hasn't been ready for this week's update, but we hope to launch it in early March.

The following changes have been made to improve the experience of facing the Ice Demon room within the Chambers of Xeric:

Premier Club 2019 Gold membership will be no longer available after Sunday March 3rd, at 23:59 Game Time. Don't miss the chance to get our best value membership offer while you can if you haven't already!

Pures: The forum thread for posting your details regarding unwanted XP gained after last week's update has been closed. We are still investigating ways to fix the issue for affected accounts - we will give updates on the situation as it develops.