Over the weekend RuneFest took place. Over 1,100 'Scapers in one place to celebrate one thing: RuneScape. There were some big reveals for Old School RuneScape over the weekend and we are going to recap them here for those of you that couldn't attend or tune in.

You can also view the talk below. Original video

The last 12 months have been great for Old School. At RuneFest 2014 we spoke about doing a number of big content updates for Old School and almost all of them have now been done: 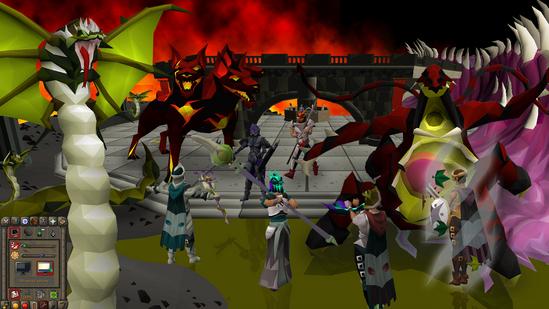 One of the largest updates of the past 12 months that was not discussed at RuneFest 2014 was F2P and bonds. When we initially pitched F2P and bonds on livestream to the Old School community we showed a prediction of the impact that F2P and F2P with membership bonds may have on the membership of Old School. We can now show you what actually happened. 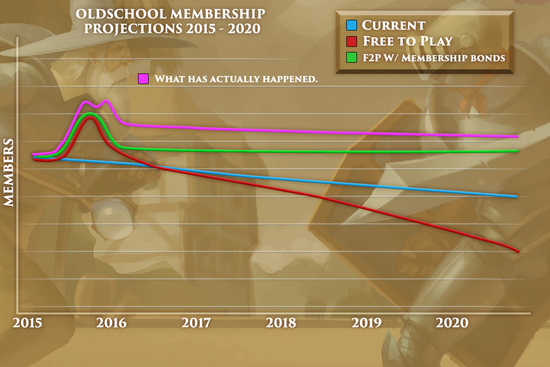 Following the release of F2P and membership bonds we saw a larger increase in membership than we had expected. In addition to this, the updates that we put into game this summer have allowed us to get an additional bump in membership.

We are set on continuing to release new content updates that the you, the Old School community, love in the hopes of keeping these bumps in membership happening. Doing this will allow us to provide you with more content to enjoy and extend the lifespan of Old School so you can play the game you love for longer.

Zeah was talked about quite a bit at RuneFest 2014. Since then not much has happened. This is largely due to the restructuring of the Old School team and our desire to make the content that we had already promised as good as it can be. We've focused on getting lots of great content out to you over the past 12 months and we can now look at shifting our focus back onto the new continent.

We have decided to deliver Zeah in 3 phases, the first of which will arrive January next year.

Kourend is a city that was once torn to pieces by the 5 houses trying to rise to power and take control. A king rose and united these houses, bringing peace and order to the city.

That king is now dead. 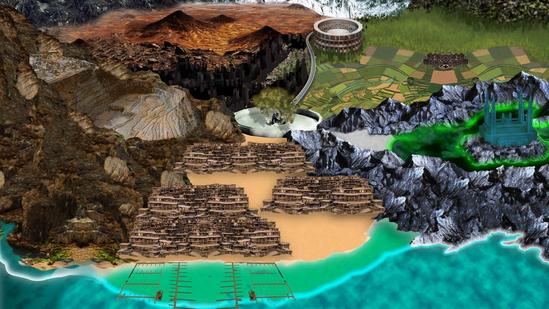 Once again, the 5 houses are struggling for power. Your choices in the city of Great Kourend help decide how much favour you earn with each house.

Earning favour with each house comes with different advantages in various different skills.

The Archeus house focus on spirituality and magic.

Earning the favour of the Archeus house will allow you access to a new spellbook. This spellbook will allow you to resurrect some monsters to help you in combat. There will also be a library that will offer a lot of insight into lore, new altars to be used and shortcuts to be unlocked throughout the city.

Earning the favour of the Hosidius house will earn you access to new crops. You will be able to use magic to tame living plants to harvest rewards.

Earning favour with the Piscarilius family will focus mostly on Fishing and Thieving. You will be able to travel out to sea to take part in deep sea fishing as well as being able to travel to other areas of the continent. Aligning yourself with the pirate underworld will also allow you to steal, smuggle and rob.

House Shayzien are focused on military. They provide law, order and defence for the region. Earning favour with the house will allow you access to a training ground found verging on the bloodlands, a desolate area that holds nothing but the mutated remnants of war. You will also be able to police the city to help keep order.

The city will provide more interesting and engaging ways to train without increasing the top experience rates in game.

The second phase of Zeah will focus on a volcano found on Zeah. This volcano has some incredibly challenging foes to throw at you, as well as some fitting rewards. You will be able to take on raids with up to 100 other players as you plummet the depths of the volcano and the surrounding caves.

You will also be able to venture out into the bloodlands to take on new slayer creatures and seek new rewards.

The Colosseum will offer large scale large PvP. You will be able to take part in enormous battles with many players taking part at once. PvM will also be a factor with unlockable monsters that you can bring into the Colosseum to spice up the fight. 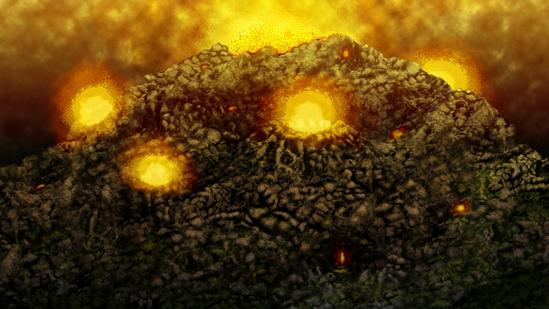 For 10 years now an unfinished end to one of the greatest quests in RuneScape history has remained. Glough swore that the monkeys were listening and it is time for us to uncover what he meant. 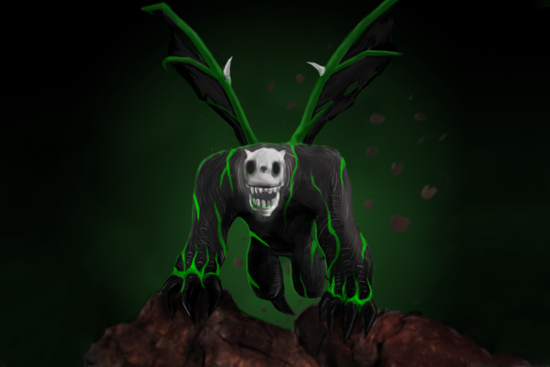 A sequel to Monkey Madness will be coming in summer 2016.

For years now, Glough has been working away, selectively breeding demons in a laboratory located beneath Ape Atoll. Still obsessed with taking over the world, Glough has spent this time hatching a new plan to make his absurd dream a reality.

This new quest will offer you a brand new challenge in Old School quests and a way to look deeper into the story of Glough and the monkeys of Ape Atoll. It will be no easy feat, with some hefty requirements and a difficult quest to get past.

Completing Monkey Madness 2 will offer you several rewards. You will receive:

And potentially even more.

In summer 2016 we would like to offer an expansion to the Fight Cave. Upon defeating Jad you would be able to choose to leave and claim your fire cape or sacrifice that cape for a chance at something more.

Falling into the cavern underneath the existing Fight Cave, you will encounter more powerful creatures and more challenges waves. This will be one of the most intense and difficult PvM experiences to be found in Old School.

Multiple waves of Jad, even with other creatures included, all culminating in one intense battle with a new top tier opponent.

Your reward will be a new best-in-slot cape fitting of the challenge that you must complete to earn it. You will not be disappointed.

The Wintertodt is a malignant spirit that brings unfathomable cold to the abandoned and desolate reaches of Zeah. With nothing to stand in the way of the Wintertodt the city of Great Kourend would not last long. 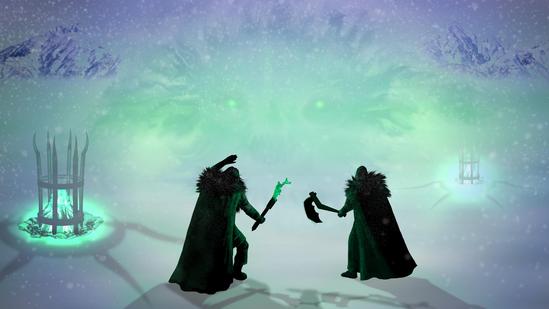 The Archeus house head up into the mountains to try and drain the power of the Wintertodt, partly to try and weaken it to prevent it encroaching on Kourend and partly because they would like the power for themselves.

The Archeus cannot do it alone. They require the help of those more equipped to build fires, craft weapons, provide potions and food and lots more to help them maintain their stand against the spirit. If you choose to help the Archeus in their fight they will reward you for your efforts.

Redesigning your player-owned house can be quite a fuss. Being unable to move rooms without having all of the furniture found inside lost makes even the simplest room switch a mammoth task.

We would like to offer a simple solution for this problem. A single interface where you can add, delete and move rooms in your player-owned house without having to remove all of the furniture that you have placed.

The superior garden is a new type of garden that will house some very useful new features for your house. You will be able to place the following in your superior garden: 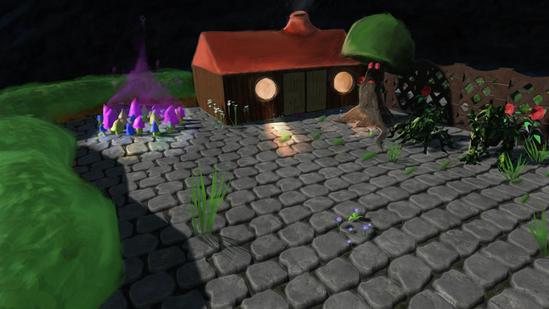 The achievement gallery is another new type of room for your house that gives you everything you could ever need to show off your accomplishments in RuneScape. You will also be able to place some rather useful features in this room.

We plan to allow you to place the following: 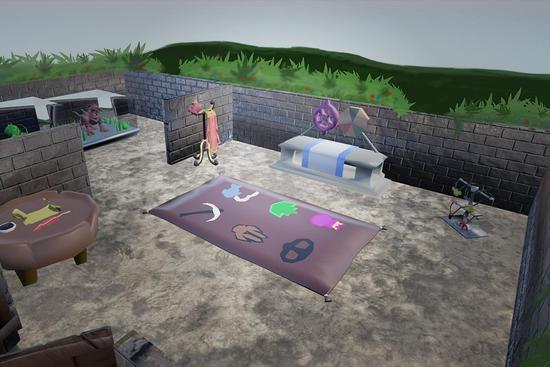 Deadman mode will be here in just a few weeks and we want to make sure you know what is in store. During the Old School reveals we went over the key differences between your usual Old School RuneScape experience and what you will be up against in Deadman mode.

If you are interested in reading more about the details of Deadman mode in preparation for the release in just a few weeks, make sure to give the Deadman mode v2 developer blog a read!