Last year during the RuneFest 2017 Old School RuneScape reveals we released a blog further detailing the reveal of Dragon Slayer II. It was extremely well received, so we've decided to do it again! In this blog you can find detail on all three of the content reveals; Kebos Lowlands, Warding and Song of the Elves. This post gives a brief introduction to each reveal, and provides links to the respective dedicated blogs for further details. The focus is on the Kebos Lowlands, with more information regarding Warding and Song of the Elves to follow in the coming weeks.

Since Xeric's Age of Strife, armies of his Lizardmen have attempted to reclaim Great Kourend in honour of their former ruler. These Lizardmen make their home in the Kebos Lowlands to the west of Kourend. The Lizardmen will defend their home ruthlessly and as such the Kebos Lowlands can be very dangerous to humans. However, those who are willing to enter will find a land of many opportunities. 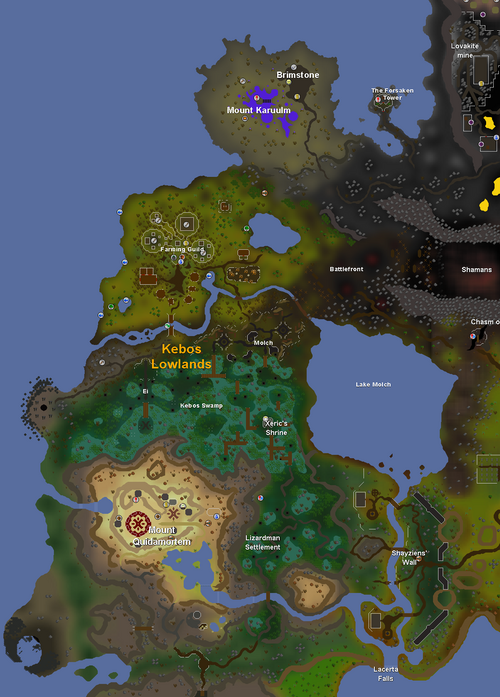 Click here to read more about the Kebos Lowlands and what they have to offer!

Dive into Old School RuneScape's first new skill by discovering the hidden armaments of the Wizards' Tower and gaining insight into the practice of Warding. There you will learn the intricate art of drawing Wards and channelling Runic energy to create a vast array of armour suited for Witches and Wizards. 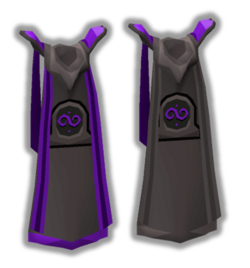 Click here to read more about Warding and what it has to offer!

Song of the Elves

The fabled Elf series begins with Plague City where the player character, discovers the whole West side of Ardougne has been locked under quarantine by mysterious figures known as the Mourners. After breaking into the city and rescuing Elena, during Biohazard she gives you some plague samples to have tested by a chemist. Upon completing this task, you discover the plague is a hoax and confront King Lathas who admits to fabricating this lie. He claims this was done to protect his people from his evil brother King Tyras who has been corrupted by a mysterious Dark Lord.

You undertake the task of freeing the passage to the elven lands with the goal of facing King Tyras in Underground Pass, defeating Iban along the way. In Regicide, you make your way back through the pass into the elven lands and assassinate King Tyras with the help of Lord Iorwerth, Kind Lathas' ally. On your way to deliver the news to King Lathas, you are incepted by Arianwyn who reveals that it is in fact Iorwerth and Lathas serving the Dark Lord and that they are plotting to reclaim Camelot.

In Mourning's End Part I you gain access to Lletya, the rebel elves' hideout and meet with Arianwyn. After discovering that the Mourners are elves from the capital city, you decide to infiltrate Mourner HQ. There you learn from the head mourner that their real job is to keep people believing in the plague. Their plan is to use the victims as slaves to dig through a temple with the goal of resurrecting the Dark Lord.

Through Mourning's End Part II travel to the Temple of Light and navigate your way through by solving the intricate security system using mirrors and discover the Death Altar at its end. Using a charged crystal, repaired for you by Eluned, you activate the large crystal at the Temple's entrance, sealing it for another thousand years.

Now it is time to join Elena and her allies in exposing the plague hoax and starting a revolution against King Lathas and Lord Iorwerth in Song of the Elves. The Old School Team presents the newest Grandmaster quest - completing the game's first ever storyline!

Click here to read more about the Song of the Elves and what it has to offer!