This week we're announcing a new log in screen competition. We're looking back at a successful PvP Championship, and looking ahead to the excitement of Wilderness Wars. The ways in which ammunition and runes can be collected has received a noticeable overhaul. Plus there's a plethora of quality of life improvements and fixes.

Similarly it's now possible for ranged players to talk to the Ranged tutor in Lumbridge in order to toggle the ability to have ammunition returned to their worn inventory, bolt pouch, or blowpipe when picking it up. Again, there must first be a matching stack of ammunition, and space for the ammunition. 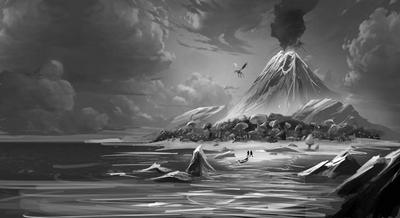 To coincide with the arrival of Fossil Island we'd like to offer the Old School community the opportunity to exercise their creativity. The artists of Old School more than answered our call for the competition with Monkey Madness II, so we're incredibly excited to see what you have in store for us this time around.

The Old School log in screen works by taking this image and mirroring it. The submission must be a .jpg, like the linked image. It must also be the same size. The flames and other window boxes will be placed on top of it in the positions they currently adopt in game, they can't be shifted down or sideways. The image is automatically mirrored.

Submissions should be sent to [email protected] and must:

The deadline for the log in screen competition is Monday 4th September. The winner will be selected and will be announced with the game update on Thursday 7th. In addition to seeing your log in screen in game, the winner of the competition will also receive 12 months of RuneScape Membership! 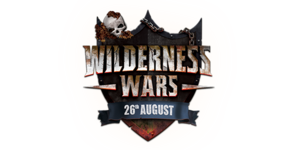 We announced earlier this week that we'll be attending Insomnia61 with a brand new event: Wilderness Wars!

Wilderness Wars will involve 245 soldiers led by 5 Generals. The Generals will possess incredible power with their combat skills buffed significantly allowing for the destruction of any soldier that gets in their way.

Starting off in a random area of the Wilderness, these five armies will battle it out for victory and a chance at getting their fingers on the $15,000 prize pool! There will be mutated bosses with special loot to give teams gear upgrades which will enhance their damage dramatically.

Playing on the eSports Stage at Imsomnia61 at 4pm on Saturday 26th we have B0aty, MMORPG, Sick Nerd, Torvesta, and Knightenator. The tournament will be hosted by Mod Archie and Mod Sween and shoutcasted by PureSpam and Skiddler!

Watch the carnage in person at Insomnia61 at 4pm BST Saturday 26th, or live on twitch.tv/runescape. 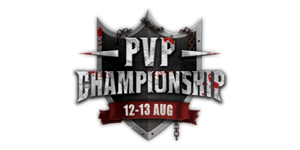 If you missed any of the excitement you can view past broadcasts on the RuneScape twitch channel, or on the Old School RuneScape Youtube channel.

The blowpipe will now deal 0 damage when used in Barbarian assault. This change is a result of players abusing an issue which required the ammunition slot to simply contain the type of arrow requested. This was not an intended mechanic of the minigame, and so it has been fixed.