This week we have made a number of improvements to skillcape perks to make them a bit more useful, and to let you use the perks of your mounted skillcapes!

Previously, it was not possible to make use of the perks of a mounted skillcape. As of today's update, the perks of mounted Construction, Crafting, Fishing, Fletching, Hunter, Magic Strength, Herblore, Quest, Diary, Music and Max skillcapes can be used!

It is only possible for the house owner to use the perks of mounted skill capes.

We've made a number of improvements to skillcape perks. We've made some existing perks better, and have introduced some brand new ones.

The Agility skillcape and Max cape now have a daily perk which restores 100% run energy and provides the effect of a stamina potion for one minute.

The Firemaking skillcape and Max cape now act as a lightsource when they are held in your inventory, as well as when they are worn.

When equipped, the Herblore skillcape and the Max cape now allow you to create unfinished potions using grimy herbs. You are still awarded the full experience for cleaning the herb as the potion is created.

The Prayer skillcape and Max cape now provide the Holy Wrench effect when they are held in your inventory, as well as when they are worn.

The Smithing skillcape and the Max cape now provide the effect of the Goldsmithing gauntlets when worn, in addition to their existing perks.

The Achievement Diary skillcape now provides 10 teleports per day rather than 5.

Twelve additional blue dragons can now be found in an expansion to Taverley Dungeon. They are accessible from the existing blue dragon area within the dungeon, or via a shortcut requiring level 70 Agility found near the dungeon entrance. 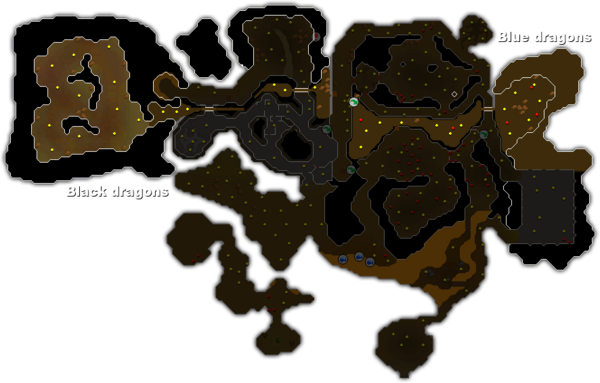 All of the blue dragons found in this extended area require you to be on a blue dragon Slayer assignment in order to kill them.