This week sees the release of the Spellbook Rework for mobile, the highly requested Wise Old Man update and Increased Zoom distance.

The spellbook tab on Mobile now has an Info button at the button for entering Info mode. In that mode, tapping a spell will bring up the tooltip that shows the required runes and Magic level, making this information properly accessible for Mobile users. 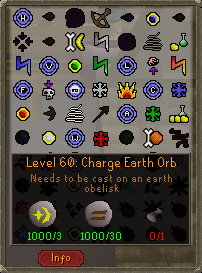 There’s also a Filter button to bring up a menu of simple filters. These let you choose which spells you want to see. As you hide unwanted spells, the app will re-space the remaining icons, and even make them substantially larger if the list is short enough to fit them. This should help you tap the correct button while spellcasting.

Players have requested this sort of filter before, even as far back as 2013-14; while we’ve brought it out on Mobile because those users had considerably greater difficulty tapping the spell icons, we’d be open to offering it on Desktop too once its teething issues are sorted.

While the change sounds small, there’s been a vast amount of infrastructure work involved, since the metadata underlying every single spell needed replacing to enable this update. That means there’s always the chance of unexpected side-effects – for Desktop users as well as Mobile. If you run into problems, you can get your messages directly to the testers by right-clicking the ‘Report’ button in the game (long-press it if you’re on Mobile) to find the bug report form.

We’ve also taken the opportunity to tidy up a couple of long-standing niggles, such as the uneven column spacing on the Ancient spellbook (1-2 pixels off!) and the inconsistent order of runes in the ingredient lists. This has been a huge maintenance task as well as a feature update, and your patience with any issues will be very much appreciated. For some insight into what’s changed, and why, see the blog from Mod Ash in last week’s newspost.

This week sees plenty of changes for mobile in addition to the spellbook rework in preparation for full launch! To play the full mobile version the moment it's released, make sure to pre-order on the App Store or pre-register on [Google Play] and be notified the second it goes live! Check out our dedicated news post for full details and what will happen if you already have access to mobile through the beta.

If you’re playing on Android then we’d like to thank you for playing Old School RuneScape and contributing its development! If you’re enjoying the game, please take a moment to leave us a review on Google Play. 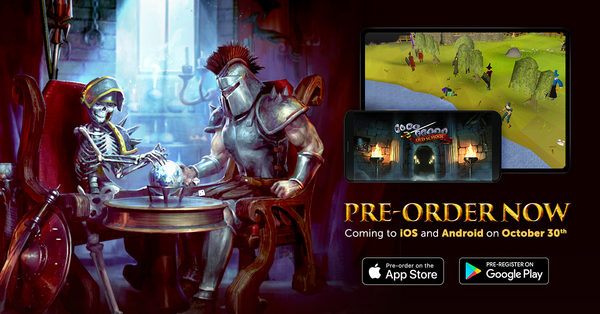 The attack styles interface has been rewritten on both desktop and mobile. Desktop users will see no difference in usage however the special attack bar has changed appearance slightly. The special attack bar was the only bar of its kind in game that used a model instead of just being a colour. The bar itself now uses a block colour like everything else.

Mobile users will see that the buttons including the special attack button have been enlarged for easier use. The attack style buttons have been made larger to fill in the gaps. 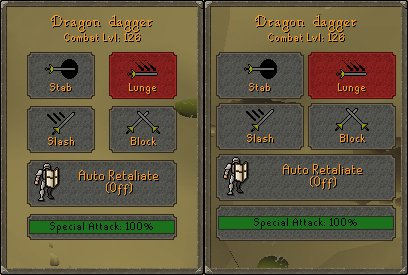 Deposit boxes now have quantity options on mobile, allowing you to deposit specific quantities in a single tap. 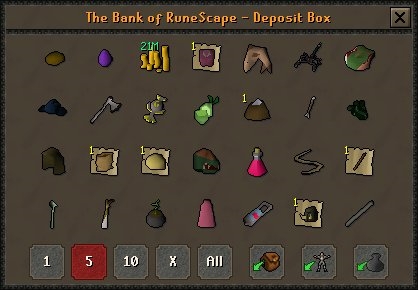 The quest tab has been modified to include arrows for switching between quests, minigames and, the achievement diaries. This allows easier access than the previously small buttons.

This change has been highly requested and was met with a resounding Yes in the poll. The Wise Old man's ability to spot redundant non-member quest items in your bank has been rewritten. The feature now includes member's quests and uses a handy interface for discarding items directly so you can keep the ones you want! The Remove All button prompts you with a confirmation screen before removing all of the items shown in the interface. 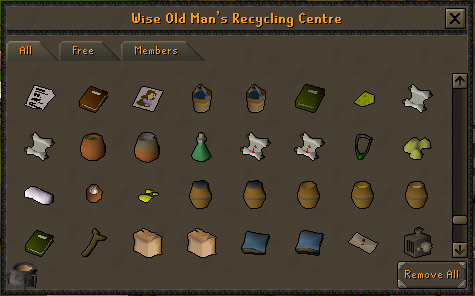 This update required a large amount of data gathering work to be done to ensure that the Wise Old Man could remove all the quest items properly. Firstly, the current code infrastructure had to be rewritten, this was because although the Wise Old Man was checking your bank for the Free to Play quest items previously, he would only tell you that you had them and not remove them.

To do this I manually went through the items that we have from each quest and put them into their own data structure for each quest. This was a tedious task as there were initially about two and a half thousand quest items that needed to be sorted through! I managed to cut this down to the items which could potentially be an issue and then store this information into a data structure for easy reference. 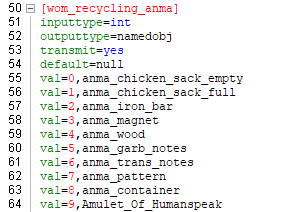 This is what we call an enum, they are a way in which we pass through a certain value and then output another value corresponding to it. This easily allowed me to keep a list of items for each quest, and then I can only display those items if you have them and have finished the quest.

Once this information was sorted and stored into the data structures I then had to check which quests the player had completed so that they could only remove the items once the quest is finished. This was straightforward as we already have a similar system in place for checking quest completion in the quest journal.

Finally, with the data able to be easily referenced it was a case of using an interface to display which items the player could remove and ensuring that these items could be removed from their bank, inventory, and worn. Everyone should now have an easier time removing those pesky leftover quest items in the future.

To allow players to see even more of what's around them, the maximum camera zoom distance has been increased. To account for the additional zoom, another notch has been added on the options side panel.

'A side by side comparison of the old and new maximum zoom distances.'

Guide The Future of Old School

We are closing the survey on October 20th, so this is your last chance to give us your feedback and enter a prize draw to win one of fifty $50 Amazon vouchers (or your stated country’s equivalent currency). On top of this, five lucky participants will also receive a huge 60x40 cm (23 ½”x15 ¾”) print map of Gielinor! To select and contact prize winners, and validate you as an Old School RuneScape player, we will be asking for your in-game display name/character name as it appears in chat. Please note that we can only award prizes to surveys that are completed! So, if you want to guide the future of Old School RuneScape and win prizes, follow this link to take part! 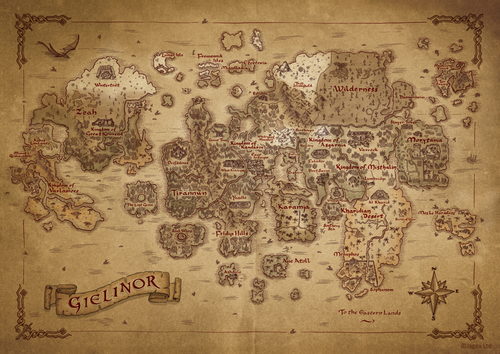