This week sees the release of the highly anticipated Collection log, changes to the Deadman Mode Tournament ahead of its start on the 8th and various bugfixes.
The Collection Log

The Collection Log is a one stop shop for players to see which drops/pets/rewards they have obtained on their adventures from various bosses, raiding dungeons, minigames and general travels. Head upstairs in the Varrock museum and speak to The Collector to acquire the Collection Log. Alternatively, you can access it via the Achievement Gallery in your POH. If you'd prefer the log be made more accessible, let us know your suggestions as we're open to ideas for other places to access it from! 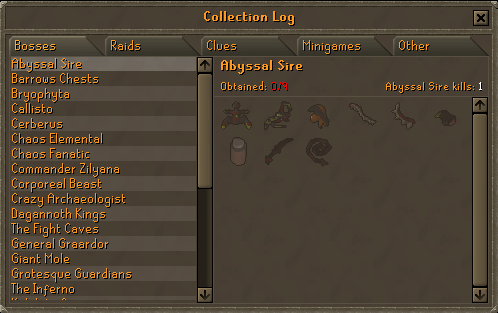 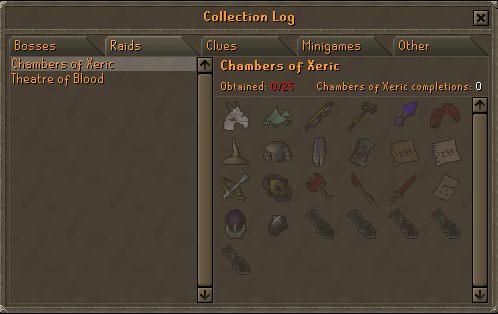 What about items I have already earned? 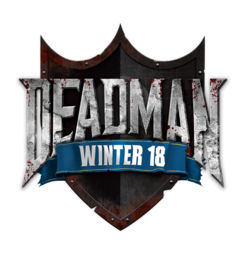 Various changes have been made for the Deadman Winter 2018 tournament such as an updated and much larger 1v1 arena - this due to the increase in amount of players participating in the 1v1s from 128 to 256. Other changes to gameplay include an improved global drop table, the ability to use the looting bag everywhere, access to the revenant caves and the removal of PvP armours. For the full details of the changes, read this post.

We'll be hosting a beta playthrough of the final stages of the Deadman Winter Finals later today, expected to last around ninety minutes. It's important to note that the purpose of the beta playthrough is to determine that the mechanics in-game work as expected, and it's not an opportunity to practise and refine your game plan. As such, we're opting to go ahead with the usual open first-come first-served policy to ensure that the world will be at capacity, allowing us to gather the best possible feedback. 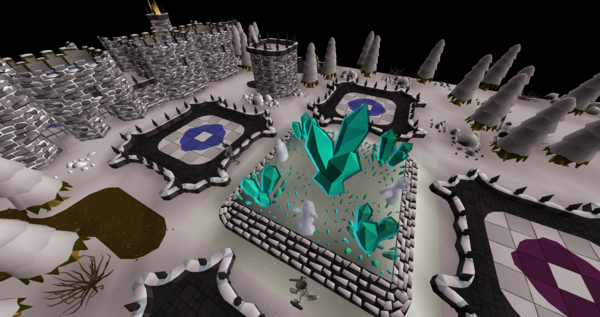 The new Winter arena will be shown for the first time during the beta.

The key details for getting involved are as follows:

We’re not planning to enable login after the beta's fog begins, so if you’re up for helping us with the testing, please log into World 400 before 15:00 UTC.

For a full explanation of what to expect during the playthrough and some further sneak previews of the new arena, check out this post!

When entering a safe zone in PvP Worlds while in combat with another player, you and your opponent will now be able to continue fighting for an extra 6 seconds while in the safe zone.

Players are now prevented from spamming the entrance/exit to the Revenant caves to avoid PKers. This applies to all game modes and will not be restricted to Deadman.

As the player traffic stabilises from the Mobile launch, with most of the increased activity being on members' worlds, we've adjusted the numbers of members' and F2P worlds to give some more capacity for members. We'll likely need to continue adjusting that ratio in future.

We've suggested some more worlds for the Wintertodt, so as to spread players out a little from the current crowded one. However there's no obligation to use the suggested worlds - players can use the Wintertodt on any members' world.