The Dragon Warhammer
Rumours have been flying around the Shayzien camp of the terrifying lizardmen shaman dropping a new, powerful weapon... The dragon warhammer. 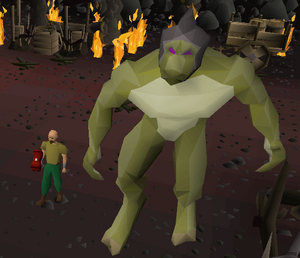 The Shayzien forces are struggling to fight off lizardmen shaman in the west of Great Kourend. Towering over the Shayzien soldiers, these level 150 beasts are proving to be quite the challenge.

Rumours have been making their way around the Shayzien camps of these vicious creatures dropping the fabled dragon warhammer. If you wish to take on the lizardmen shaman to try and get your hands on the dragon warhammer, you will first need to earn 100% favour with the Shayzien house.

The dragon warhammer is a 60 Attack crush weapon with an impressive special attack and the following stats. 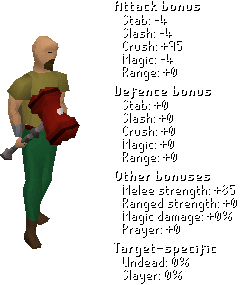 The special attack of the warhammer reduces the Defence of your opponent by 30% of their current Defence level if your hit is successful and increases damage dealt by 50%.

So, what are you waiting for? Grab your Shayzien armour and head over to the lizardmen shaman to try your luck at a dragon warhammer!

A fella called Steve has kindly opened up a new area for avid Slayers to take on skeletal wyverns. If you are on a task you can use the area just above the existing wyverns to complete your task with a little less competition.

Today Old School gets a little more Old School. Mining rocks all around the game have now been reverted to use the original mining rock model. This should be a nice nostalgia trip for those of you that played pre-2007 RuneScape and will almost certainly send you on a trip down memory lane!

The Fishing Trawler reward interface has been given a few new features this week. There are now buttons for 'Bank-all' and 'Discard-all' to make getting straight back into the game much easier. You are also able to discard item stacks one at a time to get rid of the rewards you aren't so interested in. 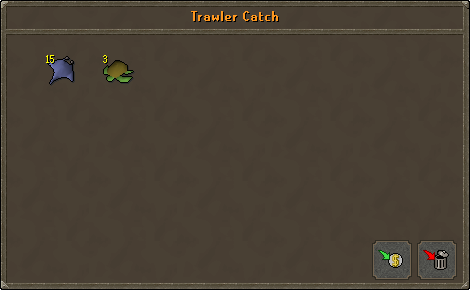