The week sees the release of the Halloween 2019 holiday event and changes to the Bounty Hunter rework beta.
Halloween 2019 Holiday Event

Spooktober is here, which means it's time for the annual Halloween event! As you travel north of Lumbridge, you might notice that a player has been trapped by what appears to be two goblins wearing bedsheets. If you're feeling brave enough, why not see what you can do to help?

This year's event unlocks brand new cosmetics as well as all previous Halloween rewards and music if you don't have them already.

As always, the event it available to members and free players, and doesn't have any requirements.

To begin, head to the chicken pen just north of Lumbridge, indicated by the Halloween icon and highlighted in the map below: 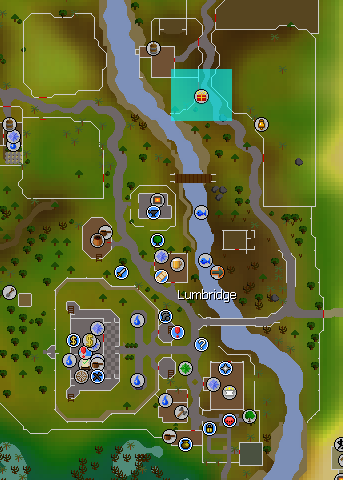 Some Words From The Developer:

This year's Halloween event is my first project on the Old School team. It has been an incredible experience learning how Old School is built and actually designing my own piece of content. Before I started the design work for this I asked myself why I started playing RuneScape back in 2006. I wanted the update to feel similar to events and quests I experienced when I was younger, while adding my own personality, and showing some of what you can expect from me in the future.

I'm currently working on Leagues, which I have been very passionate about since I joined the team. I believe this update will bring a breath of fresh air to the game, while still honouring its roots. We now have endless opportunities to challenge your theory crafting, game knowledge and mechanical skills in interesting ways.

I hope you enjoy this year's Halloween event and its rewards. I am incredibly proud and grateful to be creating content for this game and its community.

Last week we opened the Bounty Hunter Rework Beta. Since then, we've had loads of feedback and suggestions which we've started working on. This week's changes are designed to address three key points:

We'd like to thank all the players who have played the Beta and given suggestions. We're also grateful for the patience of Bounty Hunter players while the live minigame is paused. With your continued feedback, we're confident we can get the Beta where it needs to be!

The main feedback we received was that the new points system is not rewarding enough. To improve this, 3 points will now be awarded per kill, increasing to 4 and 5 when you begin a killstreak of 5 and 10. This scale was previously at 1, 2 and 3 points. This may still be adjusted further if needed.

We would also like to make the tasks more rewarding by increasing how quickly they cycle and the points they award. We also have feedback changes to make to tweak the existing tasks and add new ones. These can be expected in an upcoming update.

We've also made some changes to make the Beta a better simulation of Bounty Hunter in the live game: 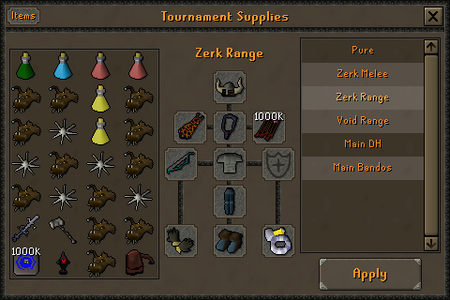 The energy pool and Prayer altar for changing spellbooks have been moved out of the Bank to be more accessible.

All items in the Rewards Shop have been re-costed according to the new points system. The exception is the rune pouch which is dependent on the results of an upcoming poll to make it tradeable, reduce its cost in the Slayer points reward shop, and add it as a reward for other content. 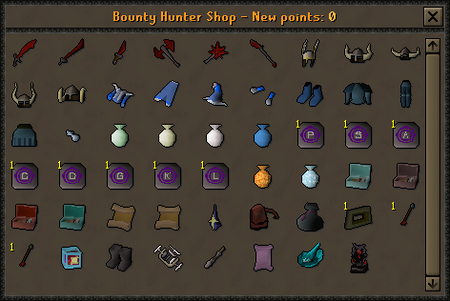 Because these items will be unavailable from the Bounty Hunter Rewards Shop for the duration of the Beta, we've made them accessible elsewhere. Slayer Masters now sell the rune pouch (to non-Ironmen only) for 1,500,000 GP and the looting bag for 30,000 GP. This is a temporary fix and will be reverted at the end of the Beta.

To alleviate the concerns of certain restricted accounts, these two upgrade scrolls have been added to the Wilderness Slayer loot table. They also remain in the Bounty Hunter rewards shop.

We also want to make Clue Boxes accessible elsewhere - likely the Larran's chest in the lower part of the Wilderness, however there wasn't time to include it in this week's update. 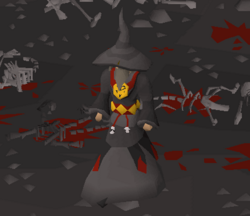 The Dagon’hai Robe Set has been added to Larran's chest as a very rare reward. When opening the chest, you have a 1/256 chance to receive the hat, robe top or robe bottoms. The stats can be seen below: