This week sees the release of the Portal Nexus room for Player Owned Houses alongside the release of some Tournament worlds in celebration of the upcoming All Stars: PvP Championship!

The Portal Nexus is a structure that allows you to re-direct the destination of the portal it holds to any place currently covered by portals in the Portal Chamber. The advantage of the Nexus is that it allows players to have all their portals in one room. The Nexus has three tiers, allowing the player to add 4, 8 and unlimited destinations with tier 1, 2 and 3 respectively.

The Tier 1 Portal Nexus, made of marble.

The Configuration Menu option on the Nexus brings up the interface below. From here, you can drag and drop Available teleports on the left to the list in the centre. This adds them to the Nexus - if you don't have the necessary resources, you'll get a game message in the chatbox explaining what you need. Each destination costs 1000x the resources required to cast the standard teleport spell to that location. You can also set the left-click teleport for the Nexus in this interface by dragging the one you want from the centre list to the right, over the portal. Be sure to press the save and close button to save your changes, this will bring up a confirmation message displaying the resources that are about to be used. 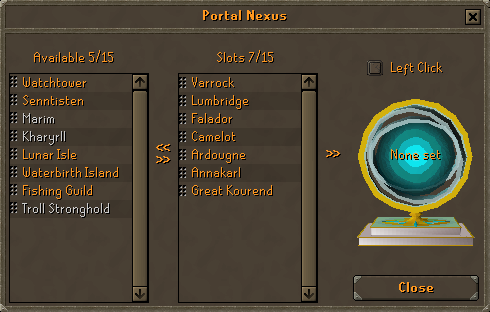 The Teleport Menu allows you to choose which destination you wish to teleport to. Alternatively, you can use the toggle at the right of the interface to enter Scry mode, allowing you to see the selected location. Desktop users can use the number keys to quickly select their destination. 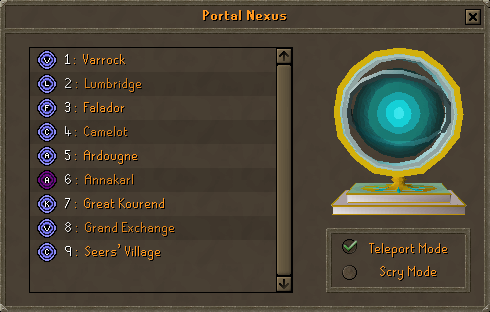 The Portal Nexus room will house two amulet hotspots allowing players to build a mounted Xeric's talisman or a mounted Digsite pendant. You can build both amulet hotspots, but you're limited to mounting only one of each. No double Digsite pendants, sorry! These will work exactly like their item variants but have infinite charges.

The Configure option for these allows you to choose the left-click teleport destination.

To mount the Digsite pendant, you will require: 82 Construction, 1 Mahogany plank, 1 Gold leaf and 1 Curator's medallion. The Curator's medallion is obtained from Haig Halen in Varrock Museum by providing him with a Digsite pendant with any number of charges, 250 Rubies, 100 Cosmic runes and 500 Fire runes. Rubies can be given to Haig Halen in either unnoted or noted form, and he'll remember how many you've given him if you didn't hand in the full 250 at once. 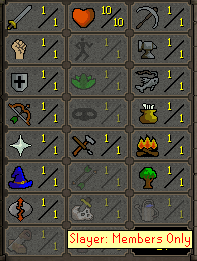 When players login without a display name and attempt to search for one that is not available, they will now be presented with 3 available options that they can select from alongside searching for another. This is to help new players who have had difficulty finding an available name. 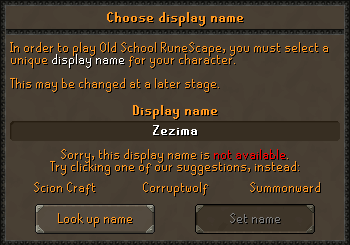 Random events have been a nostalgic part of Old School since the beginning. However, many have outlived their practical use so we looked for a way to leave the nostalgia intact without disrupting the gameplay of both new players and those uninterested in the events. As such, the following changes have been made:

These events can now be left early by talking to the NPC:

These events can now be left early via the door:

These events can now be left early via the portal:

Players will now leave the Maze event automatically when the timer runs out and the Beekeper event has been removed from mobile. Players currently in the Beekeeper event on mobile will still have to finish it.

In celebration of the upcoming All Stars: PvP Championship, a total of four new public Tournament worlds have been added this week, giving you the freedom to select your own stats and a wide range of equipment to choose from to handcraft your perfect set up every time. You might also notice four other Tournament worlds have also been added - these are available exclusively to our All Stars, giving them a bit more of a private practicing experience.

Whether you've been playing Old School RuneScape for a week or since the release, Tournament worlds are the perfect way to develop and hone your abilities in a PvP scenario (or just cause some carnage in the arena).

For those unfamiliar with Tournament worlds, logging into one will place you here: 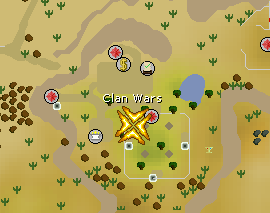 Once you've logged in, you'll notice a nearby table. This table allows you to quickly grab your gear and modify your stats by right-clicking it: 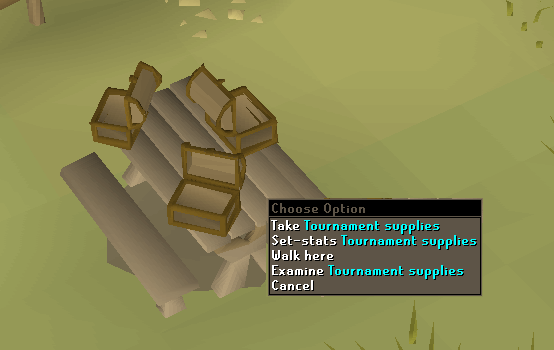 Selecting "Take" from the table will open an interface which lists lots of different equipment for you to choose. These include rewards from some of the latest content including the Theatre of Blood, the latest Revenant Cave uniques and more! 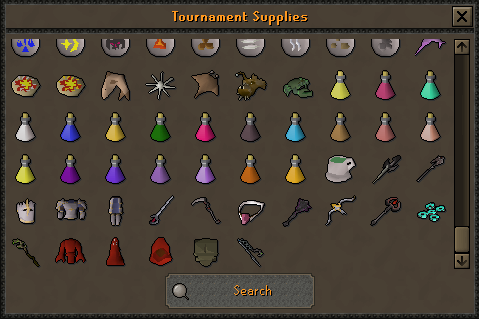 Selecting "Set-stats" from the table will open an interface that lists all of your skills and your current level beside it (in brackets). If you want to change any of these, simply select one of the skills and type the level you'd like it to be changed to. 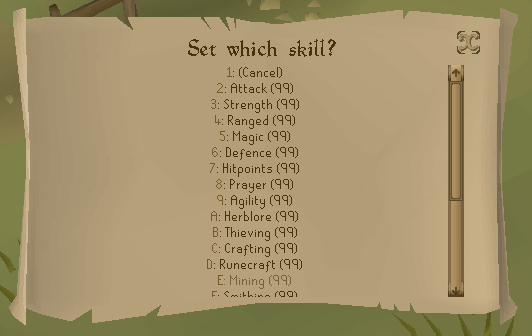 To the west of the table, you'll notice an Altar. You can right-click this Altar to change your current spellbook! 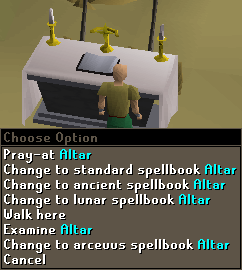 The All Stars: PvP Championship kicks off on the 24th November! If you haven't already, head on over to our Twitch channel and set yourself a reminder for the event by clicking here.

If you want to keep up-to-date with all of the action leading up to and during the event, make sure you've followed our new PvP related Twitter account @OSRSPvP.

Please note that Tournament worlds will not remember what gear or stats you had from your previous session. Each time you log in you will have to select your gear and stats again.'