The competitive Old School tournament is fast approaching! The teams have been chosen and are now preparing to fight for the top spot!

Starting at 5:30pm BST on the 15th and 16th of August we will be hosting the first ever RuneScape Competitive Tournament. There will be 2 days of matches with many of the top PKers in Old School battling it out to win a share of $10,000!

The final of the tournament will be taking place at 8:30pm BST on Sunday 16th of August. Do not miss it!

This tournament will allow us to dip our toes in the competitive gaming scene and help us gauge whether there's potential to host a larger scaled tournament at a venue like RuneFest.

The following teams have been accepted and will be participating in the tournament: 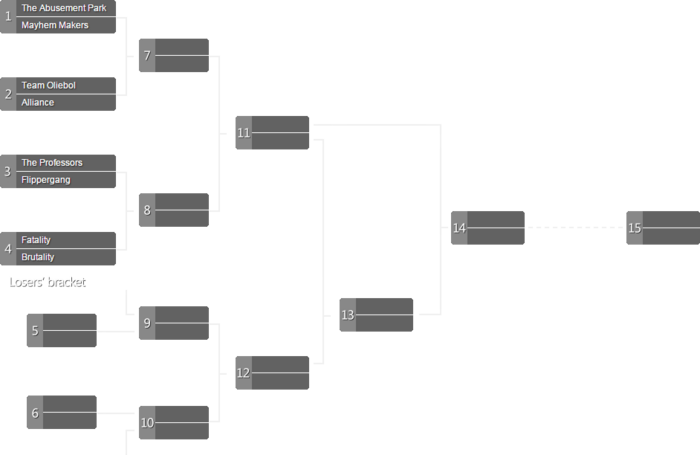 Throughout the tournament there will be a total of up to 15 match-ups. Each match-up will consist of a best of 3.

Each game in the best of 3 will be either last man standing or first to 10 kills on the Lumbridge castle, Falador, Classic and Plateau tournament maps. 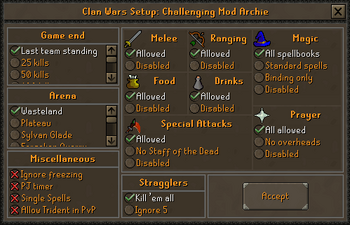 First to X kills
The first team to score X kills wins. Players may enter the battle at any time.

Last Team Standing
Players will have 1 life and 1 life only. The team with any players left standing will be named the victor.

Less than a week remains until the tournament kicks off and we find out which of the 8 teams above will be walking away with the $5,000 1st place prize. We will be livestreaming the entire event over on the RuneScape Twitch, so make sure you are there as it all goes down. Never has there been so much on the line in a RuneScape battle. You cannot afford to miss it!