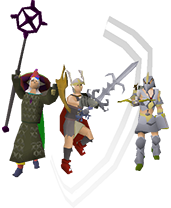 Maxed stats, any gear you want and intense battles all wrapped up in one update. The tournament arena is here! 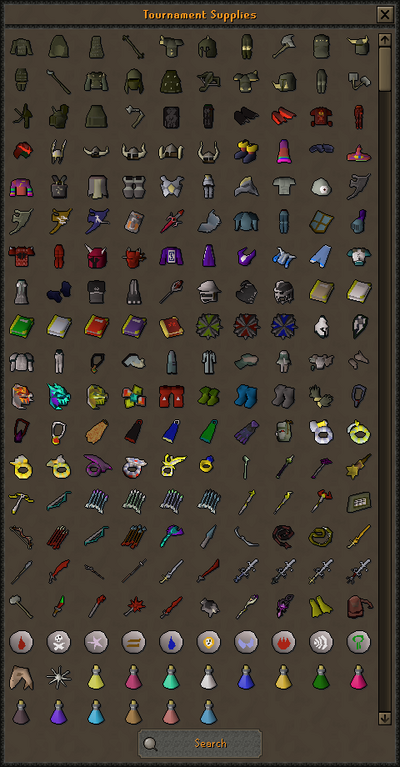 You can access the tournament arena by logging into worlds 352, 353 or 357. They are the perfect place to gather up a group of friends and test your skill. With maxed accounts and your pick of the best gear, everything comes down to skill.

When you log into one of these worlds, you will find the following:

Your progress on tournament arena worlds will NOT transfer to normal worlds.

Gearing up On tournament worlds you will have access to tournament supply chests near the purple portals. These chests contain a plethora of desirable PvP gear that will allow anyone and everyone to pick out their ideal setup for wars at absolutely no cost.

To start a war in the tournament arena you will need five people in your friends chat and five people in your opponents friends chat. After challenging the opposing team, all ten players that will be taking part in the war must enter the arena before the end of the countdown. If ten players are not found in the arena at the end of the countdown the war will not begin!

We've added a couple of additional maps for the tournament arena to spice things up a bit. Have you ever wanted to go on a rampage in Lumbridge castle? Or maybe drop a few noobs in Falador park? Well, now is your chance.

Falador park and Lumbridge castle are available as clan wars maps on the tournament arena worlds!