This week sees the arrival of the first ever Old School RuneScape League! 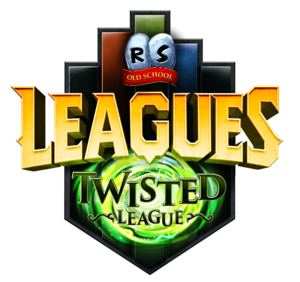 Old School RuneScape Leagues have arrived! Leagues is a brand new game mode. Each League offers a different spin on the game, challenging your knowledge and skill in ways you never imagined!

In this first League, The Twisted League, you’ll be playing as an Ironman restricted to Kebos & Kourend. As with future Leagues, you'll be racing to complete tasks and score points in order to unlock Relics and rewards that you can show off in the main game!

To start your Twisted League adventure, simply log into any of the worlds marked in green on the world selector page. Upon your first login into Twisted League, you will start off on Tutorial Island with fresh stats. Completing (or skipping) Tutorial Island will land you at the Kourend Castle Courtyard where you will meet the League Tutor and begin the challenge for real.

Read on for more information about the Twisted League.

Words from the Team

Words from the Team 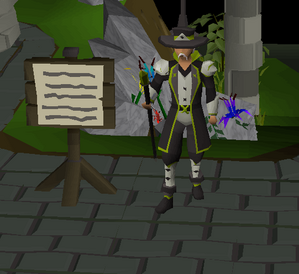 "My role in the development of the Twisted League was focused around the design of Relics, tasks and rewards. This involved doing research into training methods on Zeah and what it would be like to be locked to Kourend and Kebos as an Ironman.
I also worked on implementing core mechanics such as preventing accounts from leaving the designated zone, unlocking key quests, and adding all the League-specific content changes to the Information interface. Designing the Relics was the most fun. We really wanted players to feel the effect of their new power, for it to be fun and, most importantly, for it to be a hard choice. I feel confident that as a team we've achieved those goals. I look forward to seeing the reactions from players as they unlock each subsequent tier of Relics to see all the crazy power ups they have to choose from. Even now, during the week leading up to Leagues, I have changed my mind at least three times on which starting Relic I want to go with. I look forward to revealing the stats for which Relics have been selected the most for each tier."
-Mod Husky (@JagexHusky)

"I started my work on Leagues by discussing the Relic design with Mod Husky and helping out in the overall core design process, including the side panel that can be opened at any time to check your progress. I also provided feedback and aided the balancing process to get the game pace and general flow of Leagues right. I am very happy with the end result and I cannot wait to play it together with all of you!"
-Mod Flippy (@JagexFlippy)

"My role in the development team on the Twisted League has been less focused on the Twisted League itself, and more on the concept of Leagues as a whole, looking at the systems that support it and make it all possible. These generic systems are the things that will make future Leagues possible with significantly less work than the Twisted League, as the same foundations can be used with different sets of tasks to complete and different Relics available."
-Mod Lenny (@JagexLenny)

"My role in the Twisted League was primarily the development of the system that allows League Points and rewards to be transferred into the main game. I also did general HiScore administration that allows players’ League Points to be recorded on the HiScores page so players can see where they rank as they progress through the League. I also made the engine changes for the in-game world selector page that allows players to log into the League worlds."
-Mod Boko (@JagexBoko)

"My job was to break as much stuff as possible so the developers could make sure it was all fixed before the release date. I spent the early days of Leagues testing trying to escape Zeah by using the PoH, spellbooks, jewellery teleports, and even random events.
I remember Mod Husky tried to force players to complete the Leagues Tutor dialogue and every time I logged in with a new account that had not completed it, I was teleported across the map and forced to complete the dialogue over and over again no matter what I did. I had to complete it about five hundred times."
-Mod Curse (@JagexCurse)

"My role for the Leagues project was to create a variety of cosmetic rewards that could be obtained from the mode. I was very excited to start making them as a few of them had been heavily requested before and it’s always great to see player suggestions make it into the game. Although one of my favourite rewards failed the poll, there was still quite a demand for it and I’d imagine these will get requested again in the future, perhaps for a different type of update.
Being an Ironman player myself, I took the opportunity to playtest a little of the early-game of the Twisted Leagues and it was incredibly fun - if you’ve never played an Ironman account but have been interested in the past, this is the best way to get into it!"
-Mod West (@JagexWest)

Dates and Logging in
The Twisted League worlds will become available from 11:30am GMT.

Ironman/Ironwoman Mode with Accelerated XP Rates
You will be set as an Ironman or Ironwoman upon account creation. This is not changeable.

Starting Stats
You will start out with a fresh account with the basic stats, besides the following:

These stats will allow players to do Barbarian Fishing and train Herblore.

Quest Unlocks
In order to be able to obtain and wield certain items and level specific skills you will have the following quests unlocked:

Slayer Unlocks
You can start Slayer from level 5 combat by speaking to Konar. She has a new Kourend and Kebos task list which includes some new tasks specific to the Twisted League. Her tasks will no longer have area restrictions but will still award Brimstone Keys.

Please note, there are some Slayer unlocks which will not work in this League. We do not want to give out Konar's Slayer task list but anything on it can be extended if it has an unlockable extension. The only unlocks that will work are red dragons and lizardmen.

Item Drop Changes
The following item drops have been changed:

Tasks are a collection of goals and achievements which can be completed in the League. These tasks can be for various activities such as skilling, obtaining drops, killing creatures, completing quests or even playing minigames. Completion of a task will award a number of League Points which can be used to unlock Relics and other rewards. Tasks will range from Easy to Master tiers where Easy tasks are considered simple and Master tasks are considered extremely difficult.

Below is a list of League Points you can obtain when completing tiered tasks:

Want to see the full task list? Check the Twisted League Task Interface in-game or head over to the Official Wiki.

Relics are a Leagues specific source of buffs which are unlocked with League Points. Relics can be boosts to XP, buffs to combat prowess, additional luck when obtaining drops, or even buffs to specific skilling activities. Upon leaving Tutorial Island you will be presented with three Relics to choose from without the need for points. This will allow you to choose which strategy you want to use in the League and give you incentive to strive for the next set of Relic options. Once you choose a Relic you will be locked in and will no longer be able to change your Relic selection for that tier. Choose wisely.

Below are the first three Relics you will get to choose from when entering Kourend and Kebos: 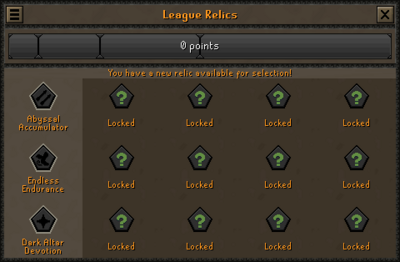 As you unlock more Relic options, the buffs become more powerful. To unlock them you will have to continue gaining League Points by completing tasks. Below is a list of the points needed to unlock the different Relic tiers: 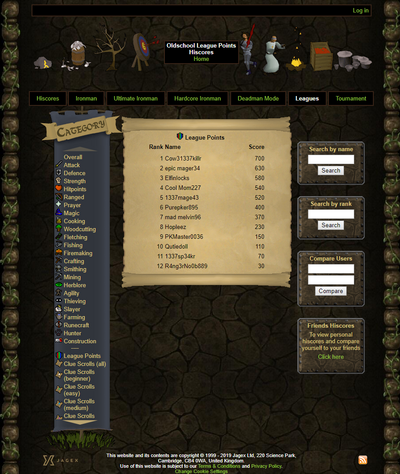 It will take grit, strategy and perseverance to reach the top of our brand new HiScores table. Points are given for completing tasks, with harder tasks offering more points. The more tasks you complete, the higher you’ll climb!

If you finish at the top of the leaderboard you will be crowned Champion of the Twisted League. 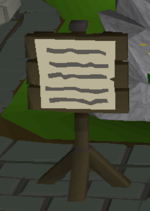 On top of having a new HiScores page we have also introduced League Firsts. League Firsts are awarded to the player who is first to complete the League’s most impressive feats. These will be represented in-game on the noticeboard next to the League Tutor. There will be no extra rewards or points for achieving a League First, although pride is its own reward!

Want to see the official HiScores page for Leagues? Head over to the HiScores Page when the Twisted League launches at 11:30am GMT.

Rewards will be tiered to ensure players that participate in Leagues are rewarded for their efforts. Unique rewards will be obtainable by placing in the following tiers:

The following rewards only affect the League specific worlds. They will only appear in the next League as a way to show off how well you did last time.

At the end of the League your League Points will transfer to the main game as currency to spend in the League Reward Store. As we want rewards to be accessible to all participants, we may change the cost of these rewards closer to the end of the League. If changes are made, they will be communicated in future newsposts and represented in the in-game reward shop.

All main game rewards will be cosmetic and tradeable unless otherwise stated and will be offered in the following League. You may choose to save your League Points for the next set of League rewards if you wish.

The list of rewards that will be available for purchase after the League finishes are listed below: 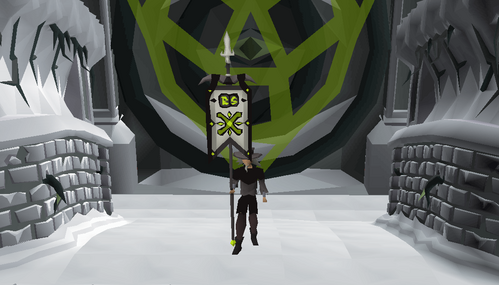 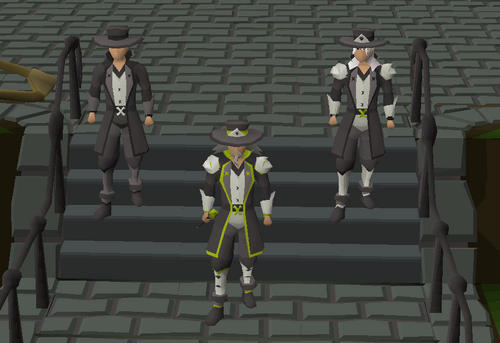 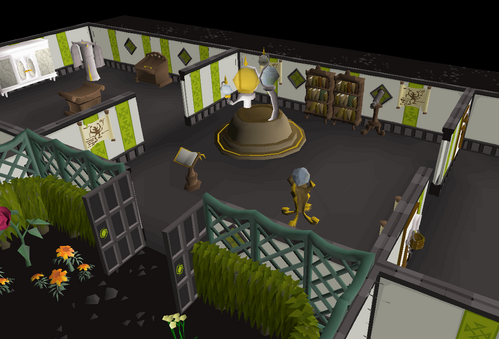 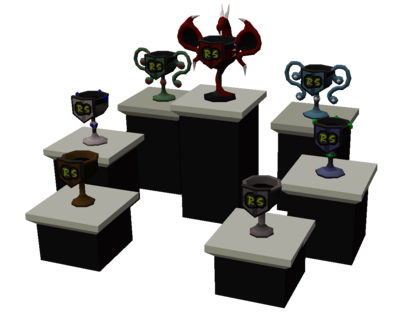 Good luck adventurer and may your league experience be a fruitful one! 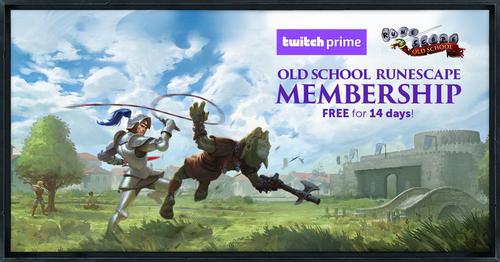 Our Twitch Prime promotion is here! Between now and December 10th you can claim 14 days of free membership!

For those of you who missed our previous promotions, Twitch Prime is a premium service included as part of Amazon Prime membership. Benefits include bonus loot in your favourite games, a channel subscription every 30 days, and other gaming-related goodies.

You can head over to this support page if you have any problems or queries regarding Twitch Prime. This page will contain all the info you need to know about claiming your Twitch Prime subscription and linking it to your RuneScape account. 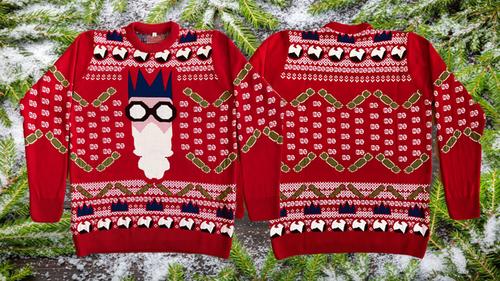 Tis the season to gather around the fire and warm ourselves with the most garish sweaters imaginable – and this one fits the bill nicely! Featuring everyone’s favourite bank robber, the Wise Old Man, this cosy advent apparel is perfect for staying warm this wintertime.

This jumper is on sale now, but only available in limited quantities. Place your order on the Merch Store now to snag one for the holiday season!

Stay tuned in the coming weeks for the Abyssal Sire changes that you voted for in the latest poll.