This week we're releasing the first new guild to come to Old School RuneScape since release! The Woodcutting guild, found in southern Great Kourend, is the go-to place for high level woodcutters looking to make the most of their skill.

Requiring level 60 Woodcutting and 75% Hosidius favour to enter, the Woodcutting guild is home to countless high level trees. It can be found near the southern coast of Great Kourend between the Hosidius area and Shayzien encampment.

Within the guild you can find the following types of trees:

There are a large number of each of these types of tree, giving everyone who visits the guild ample room to train their Woodcutting skill without fear of overcrowding. In addition to this, there are two banks which can be found within the guild.

The latest challenge for experienced Gielinorian lumberjacks is the redwood tree. Players with level 90 or higher Woodcutting can start chopping away at these humongous trees by heading to the western end of the guild and climbing the ladders.

Chopping redwood trees will, of course, reward you with redwood logs. You will also receive a reasonable amount of experience with 380 xp for each log cut. The logs can be used for training Firemaking, constructing pyre ships and within the Shades of Mort'ton minigame.

Underneath the Woodcutting guild you can find a hoard of Ents: beings which resemble trees and can be killed and chopped to get various types of noted, high-level logs.

Previously the only place Ents could be found was in the wilderness. We found that these Ents were not rewarding enough to get players to risk their time and items, so the rate at which you receive logs from Ents within the wilderness has been doubled.

A sawmill can be found within the Woodcutting guild, offering players with a high Woodcutting level the ability to convert their logs to planks slightly faster than those without. Being slightly closer to a bank than the sawmill located in Varrock makes this a valuable addition to the guild. 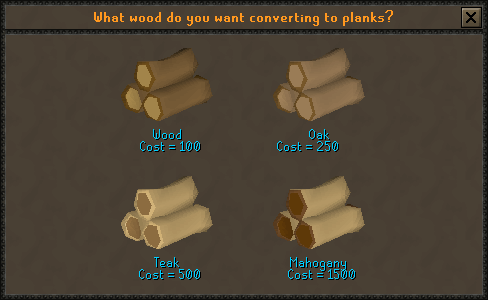 To unlock mine cart transportation you must first have 65% favour with the Lovakengj house and speak to a dwarf named Miriam in the Lovakengj area. Miriam will need your help with sending out control instructions to the mine cart operators around the city.

Once you have helped Miriam get the control scrolls to the dwarves who need them you will be able to use the mine cart transport system for a price of 50 coins per ride. You can unlock unlimited free rides for a cost of 100,000 coins by talking to Miriam.

The summer is almost here and we are running a summer special promotion. Get 3 months membership for 5 bonds now by selecting the summer special from the bond interface! 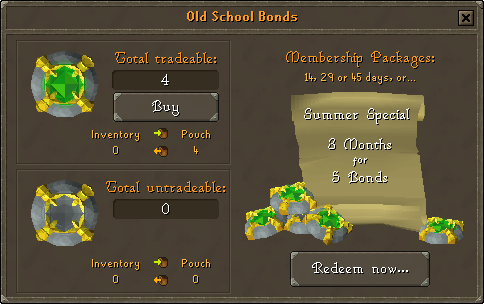