This week brings a progress update on the Treasure Trails expansion alongside some small changes and bug fixes.
Treasure Trails Expansion: Progress Update

For details on what you can expect from the expansion, including beginner clues, new challenges and the mimic boss, check out the original Treasure Trails blog!

In the meantime, here are some images to tease the cosmetic rewards coming next week: 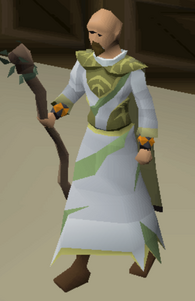 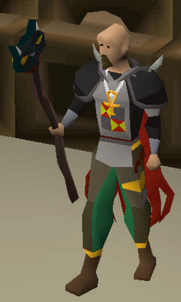 We're aware that there has been an ongoing bug that has sometimes removed players from clan chats after hopping worlds and delayed them being able to rejoin. We have identified the issue and deployed a fix - we shall continue to monitor how the world hopping behaviour affects clan chats to see if this has resolved the issue. The nature of the problem meant it could not be consistently replicated, which caused the fix to take much longer than desired. Apologies for the inconvenience.

A while ago we made a change detailed in this post that causes all weapons within their weapon type to remember the Attack Style that was set. The Old School Wiki team have created Weapon Types page to show all weapons under each type. This will allow you to check all the weapons you have are set the way you would expect - particularly useful for pures. Anyone affected by the bug related to this update, causing them to gain unwanted XP can submit an Account Help ticket for this issue.

We'll also be carrying out two days of server maintenance, one of the 9th of this month and one on the 17th. This will affect German worlds on the 9th and UK worlds on the 17th. Both days, the downtime is expected to begin at 9am (BST) and last for the day.

iOS Users: A fix has been found for the issue affecting mobile players on iOS which prevents the game from remembering login details and is expected to be implemented before next week's update.

The following Seasonal Deadman Mode worlds are being taken offline: 403, 406 and 407.