Twisted Tales - Getting Ahead Blog

In 2016, a new continent surfaced far to the mainland's west, but the launch of Great Kourend and Zeah wasn't without criticism.

It was widely noted that the continent lacked quests, lore and other narrative content. This has since been remedied by introducing rich stories about its characters, adding quests which dig into the history of the houses of Kourend, remapping the environment, unearthing the ruins of Forthos and opening the path to the Kebos Lowlands.

The Great Kourend quest series will continue in early 2021 with A Kingdom Divided, in which you can expect to uncover even more about Kourend's dark history. But before then, we want to offer you some new interactive world-building content.

Gielinor's story is rich and vibrant. It spans thousands of years, has born witness to countless massive battles and the rise and fall of gods, heroes, villains, kings and queens. There are epics a-plenty, but among those are stories of everyday folk. The people doing the battling, worshipping the gods, and falling victim to the violence. Ordinary characters living in this extraordinary fantasy world. And that's where we wish to begin with the first of the Twisted Tales.

As discussed in a previous Gazette, Twisted Tales are short standalone quests in which players will meet new characters, explore new mysteries, and learn more about the regions of Kourend and Kebos.

Getting Ahead is the first Twisted Tale. In this short quest, players encounter Gordon and Mary, two troubled farmers (farming does seem to rank high on the list of most troublesome professions in Gielinor!) who ask that you bring back the head of the beast that has been terrorising their land. However, things become complicated when the beast turns out to be headless...

Getting Ahead is an intermediate quest. Becoming involved with troubled farmers and handling unknown beasts, unsurprisingly, requires some skill. To complete this quest you'll need:

Upon completion you'll be rewarded with: 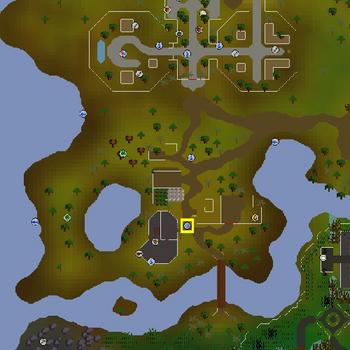