This week sees the release of a player-submitted rework for the Quest side-panel, Drew and his Sandstone machine and Quality of Life changes.
The Quest Panel

Thanks to GentleTractor's preliminary designs, we have updated the Quest side panel to have a more intuitive tab system. This will now allow you to switch more easily between the Quest, Achievement Diaries, Minigames and Kourend Favour lists. There is scope for further tabs to be added if necessary, however we think that suggestions we have received so far such as a "player summary" tab would be better placed elsewhere in the user interface. 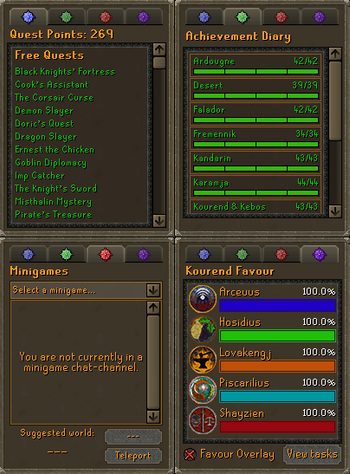 The changes below include some of those suggested during the final week of QoL month: Miscellaneous.

The Brimstone Chest found by Konar on Mount Karuulm now tracks the amount of times the player has opened it. The number will appear in your message box each time you open it and can be checked at any time by right-click the chest. As per usual when adding counters in-game, this will only track the number you have opened since this update.

Sets are now available from the Grand Exchange for all versions of Mystic Armour.

The process of cleaning finds at the Varrock Museum has been vastly improved! The following changes have been made: 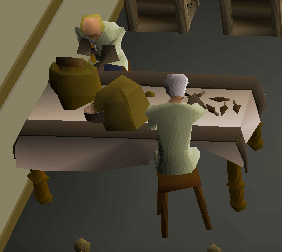 Veos and Captain Magoro now have right click options for their destinations of Port Sarim, Port Piscarilius and Land's End.

Drew and his Sandstone Grinder have been added to the West of the Granite Quarry. Drew can store up to 25,000 noted buckets. Players may take unnoted Sandstone to the grinder to generate up to 25,000 sand charges. Each size of sandstone brick from 10KG down to 1KG used to charge the grinder will provide 8/4/2/1 sand charges. Players can then claim noted buckets of sand from Drew at a cost of 50 GP, 1 sand charge and 1 stored bucket. 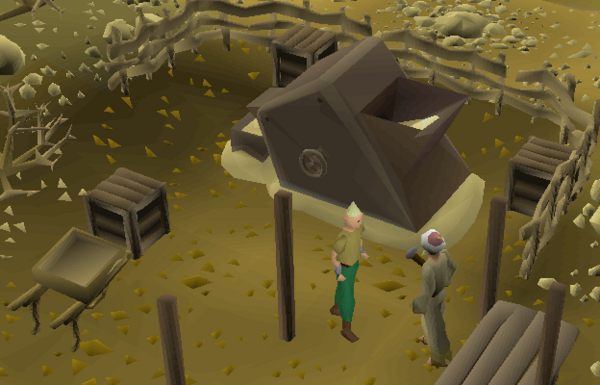 Song of the Elves: Rewards and Extras

For those of you who haven't given feedback already, here's a reminder for Song of the Elves post-quest content suggestions:

Following the main content passing the polls, now's our chance to go in depth with the smaller rewards and features you would like to see in Prifddinas. Once we've gathered your ideas and put together our own, a second poll blog will be posted with the top suggestions for minor content in the Crystal City. If you would like to get involved and potentially have your ideas made reality in Old School, get involved in the discussion on Reddit, Twitter, and the Official Forums.

You may remember that we decided not to poll Crystal armour in the first poll as you weren't happy with the final design (in terms of stats and set effect) and neither were we. To make sure we get it right, we're also holding a separate discussion on separate threads on Reddit, Twitter and the Official Forums. Alternatively you can email in your suggestions to [email protected] The deadline for all suggestions is Friday the 29th of March.

We're now in the final week of our Twitch Prime promotion which is due to end on March 19th. If you haven't claimed yours already make sure you don't miss out on this offer which includes 14 days of membership! You can find out everything you need to know about Twitch Prime on this page.