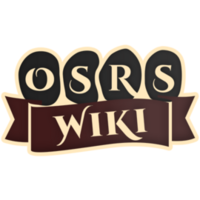 The Old School RuneScape Wiki has been integrated with the official client on both desktop and mobile! The following features are now available:

Right clicking or long pressing the Wiki icon brings up "Lookup-entity" and "Search" options. "Lookup-entity" allows you to click/tap on any entity in the game world or your inventory/worn items and automatically open the relevant Wiki page in your web browser.

"Search" allows you to enter a term in the chatbox and search the Wiki for any relevant pages. You can also search by typing "::wiki (search term)" in the chatbox. 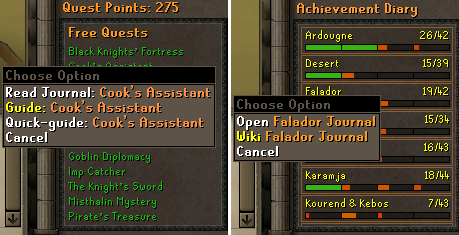 Right-clicking/long pressing on a Quest or Achievement Diary will now give you the option to open a Wiki guide.

Open and Close options have been added to certain receptacles. While open, suitable items will be added to the vessels automatically on pick-up.

You can now build a Spice Rack in the kitchen of your POH. This requires 60 Construction, 3 teak planks, 6 soft clay and four doses of each colour of spice. The rack itself can store 2.147 billion doses of each spice - we hope that's enough!

We’re sorry to announce that we’ve taken the decision to close the Bounty Hunter worlds until further notice.

Bounty Hunter’s design unfortunately leaves it prey to gold farmers, who abuse its mechanics to generate GP in excess of the amounts available via legitimate methods. While this had not reached a scale that could affect the in-game economy, it undermines other game content and the overall integrity of the game. Because these issues existed before the rework, we do not believe that simply undoing it would solve them.

This is quite clearly not the outcome that any of us wanted, but right now we’re convinced it’s the best option available to us. We recognise that the removal of Bounty Hunter will mean that there are some unique items that will be temporarily unavailable. We will not be opening a temporary shop to give access to these items unless we're able to reach a swift resolution. Right now, we are discussing both technical and rules enforcement-based solutions. You can expect a statement about this and the future of Bounty Hunter tomorrow, on Friday January 24th.

In other PvP news, we're re-enabling the High Stakes mode of Last Man Standing on members' LMS worlds. This time you must deposit 50,000 GP to enter. We're also reducing the cost of some items in the LMS rewards shop: Wilderness Crabs Teleports will now cost 1 point and trouver parchments will cost 30 points.

The Nightmare of Ashihama Release Date

A stark warning has arrived from the town of Slepe, where The Nightmare of Ashihama has begun to feast…

Nightmare of Ashihama Teaser - Old School RuneScape
In Other News