Great news for all you PvPers: the Wilderness Changes project is back in business, with updates to Dragonhide Armour, the trusty Dinh’s Bulwark and more! We’re also feeling the changing of the seasons this week, thanks to some tasty merch pre-orders for the autumn and winter months ahead. Grab a hot brew and let’s get to it!

It's been a while since we first spoke about Wilderness changes, but the first of these long-promised updates are coming today.

Regrettably, it's taken us much, much longer to get round to these changes than we'd hoped. A huge but critical technical rework was recently urgently required, taking out a developer of the project for multiple months. In addition to this, we've also had to reallocate resource in support of upcoming content. This left us in a position where our only option was to wait for this work to be signed off before resuming anything Wilderness-related. Delaying content is something we'd rather avoid, and while we are committed to delivering the changes as promised, the long-term health of the game always remains our top priority.

Now for the good news! The technical rework is now in QA, and the remaining jobs from Poll 75 are done. We are finally seeing progress, but in the interest of transparency, we'd say that we are not out of the woods just yet. With the delays pushing us into what is now a jam-packed schedule of upcoming content, our dev capacity is not where we need it to be in order to bring these updates together. We are committed to those changes and will do them with no compromise on quality, no matter how long it takes us.

Thank you for your patience so far, and rest assured that we wish to see these changes in the game as much as you do.

OK, so what's happening in this update? First up, we have the last of the remaining Equipment Rebalance changes along with a change to the middle entrance of the Revenant Caves. 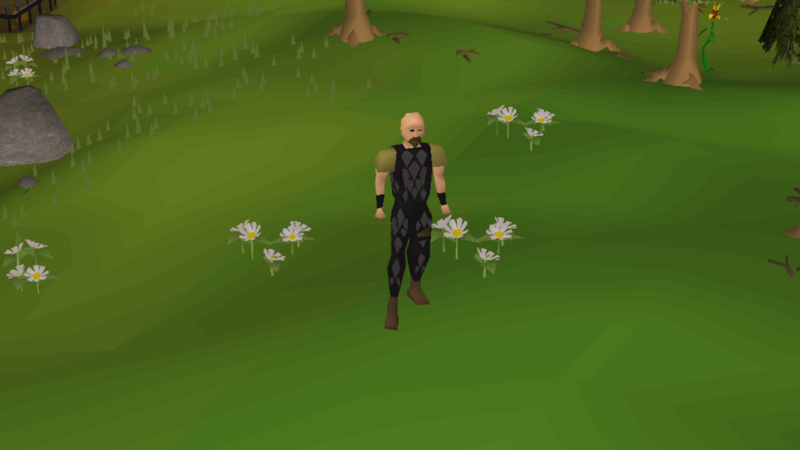 We’ve talked about changes to the Dragonhide Armour for a while. As the issues with this set are most prevalent in PvP, we felt it should be part of the Wilderness Changes project.

Our focus is on changing the Melee and Magic defence bonuses of standard Dragonhide Armours, in the hope it will encourage players to try different Armour pieces – and naturally balance the combat triangle! These changes will have a much lower impact on players who concentrate on PvM encounters.

The stat changes are included on all variations of the Armour, including trimmed (t) and gold-trimmed (g). The stats of God D'Hide remain unchanged.

Additionally, the Defence requirement for God D'Hide Chaps is down from 40 to 1, making it accessible to all players! 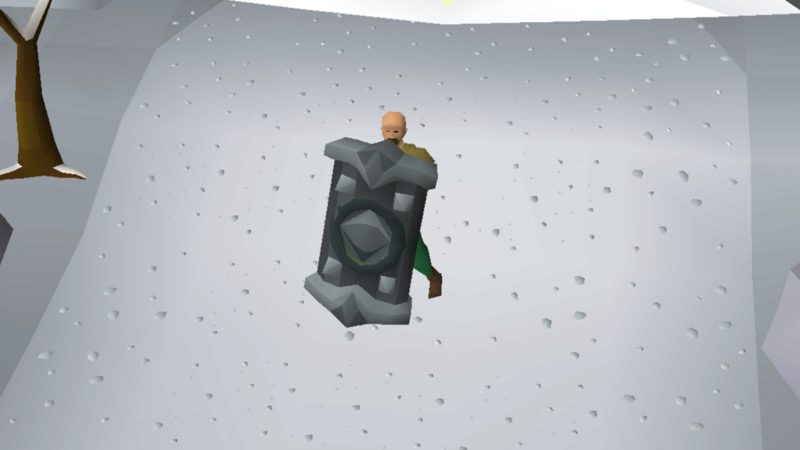 The Bulwark’s defensive bonuses for Stab, Slash and Crush have been reduced by 35, 36 and 36 respectively, while the attack bonus on Crush has been increased by 14. We've also increased the attack speed from 7 to 5 for faster pummelling!

Dinh’s Bulwark also gains a new passive effect – when not in defensive mode, your Melee strength is increased by the following:

All of which results in Dinh's Bulwark having an exciting new role as the only weapon which scales its offense on defensive gear!

Additionally, enemies hit by the Bulwark’s special attack will also have their highest offensive stat reduced by 5% of its current value, either Melee (Attack + Strength), Magic attack or Ranged attack. Nice! 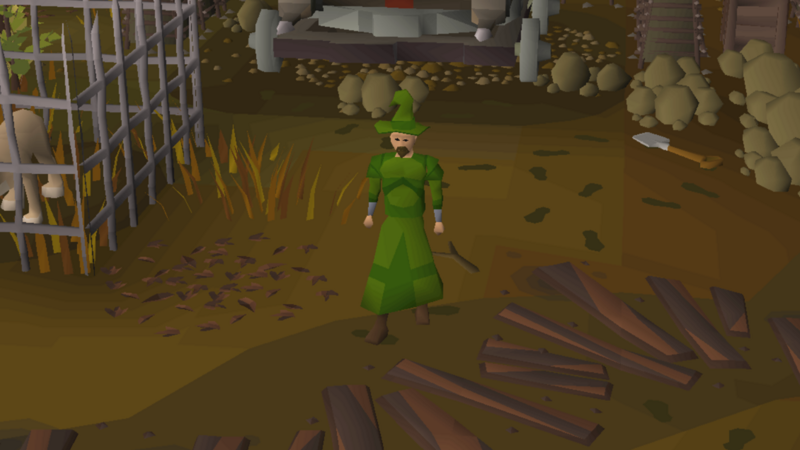 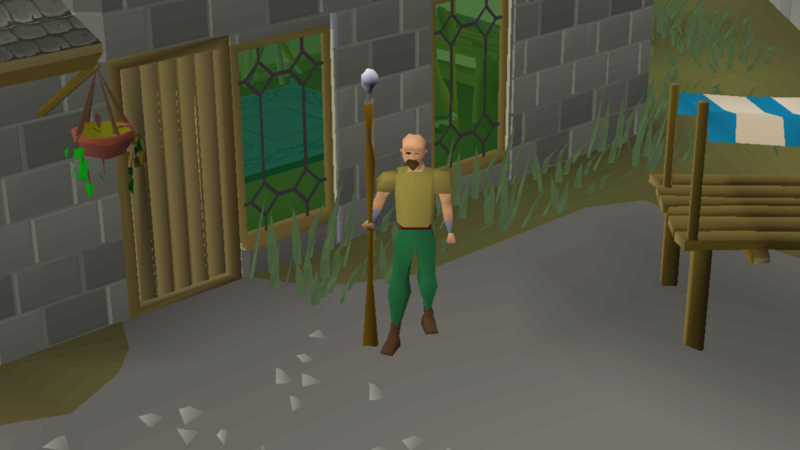 All versions of the Wilderness Sword will now slash webs while in your inventory!

We've turned the middle entrance to the Revenants Cave into a one-way cavern. A warning will pop up when entering this way informing you of the one-way trip. This can be permanently dismissed, and the interface won't show up if you're in combat (you'll get a chat message instead). 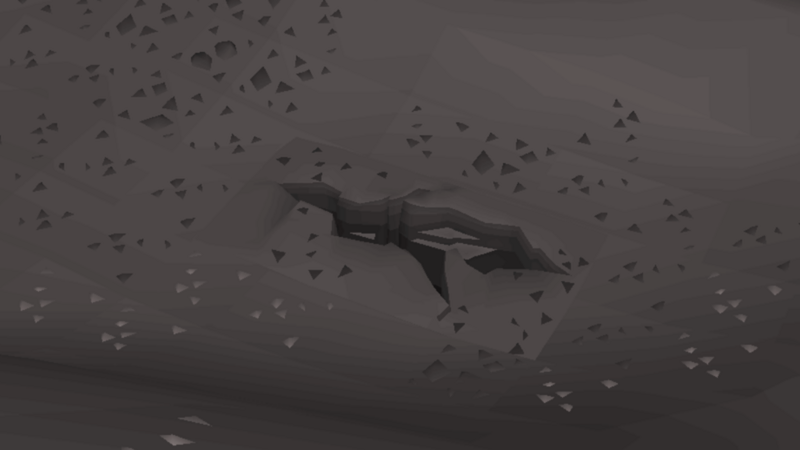 As the nights draw in, we’re looking forward to cosy jumpers and long nights curled up with a good book (specifically 'RuneScape: The First 20 Years', coming to all good book stores from October 12th)!

As well as hoodies, socks and other cosy treats from our merch store, it’s time to start thinking about the most important snuggle-enabler of the year… yes, the Official RuneScape Xmas Jumper 2021 is up for pre-order!

Continuing the celebration of our 20th Anniversary and the release of Dragon Slayer on September 23rd 2001, the fearsome Elvarg takes centre stage in this year’s design – complete with Santa cap, penguins, party hats and crackers! This cosy advent apparel is just the thing for staying warm this wintertime.

We’re giving 10% off all early-bird orders until midnight on October 3rd. Place your order ASAP to guarantee snagging one, as only limited stock will be available (at full price) after this date! 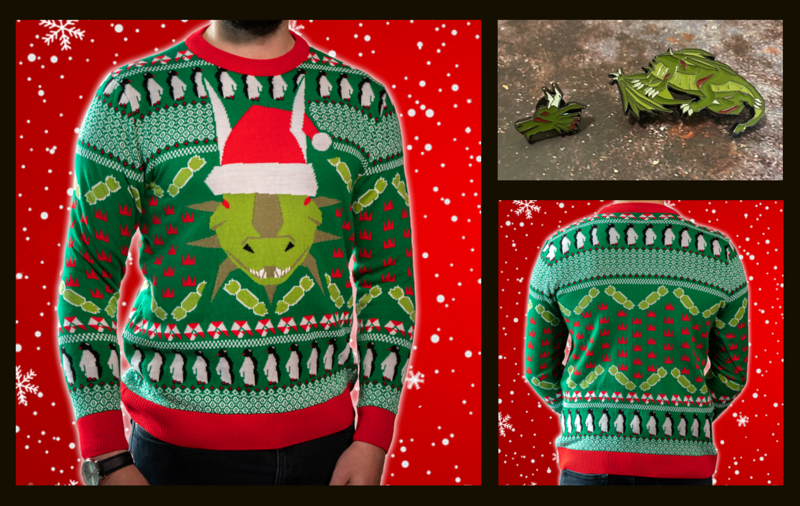 Wondering about delivery schedules? Stock at our UK warehouse is expected to start shipping by November 15th. Shipping times to many countries are affected by elements out of our control, so arrival timelines cannot be guaranteed. We therefore strongly recommend that any orders from outside the UK should be placed by the first week in December at the latest for the best chance of delivery in time for Christmas Day.

Visit the store for all this and more marvellous merch!