This week sees the release of a brand new novice Free-to-play quest, additional Kebos changes and some of the contents from the recent QoL - Combat Suggestions 2019 poll.
X Marks The Spot

One of the residents of Lumbridge who lives across from the General Store has converted their house into the new Sheared Ram pub. In the pub, you'll find the Mysterious Veos who is looking for a bold adventurer's help to find some treasure. 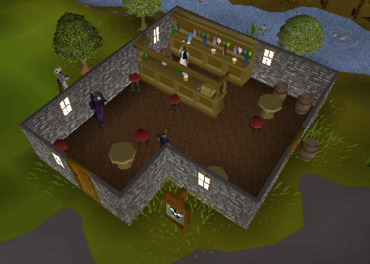 X Marks the Spot is a short, novice Free-to-play quest aimed at players just starting out with other quests such as Sheep Shearer and Cook's Assistant. This is designed to give the Kingdom of Kourend ties to the mainland.

Additionally, Veos' boat that takes players to the Great Kourend has been moved to a small dock in Draynor village, making it easier to access and distinguishable from the ships at Port Sarim.

The Hydra head has been added to the Alchemical Hydra's loot table. You can mount this on the wall of your Skill Hall in your POH at 82 Construction. This will reward the player with 1103 Construction XP as well as 200 XP in Attack, Strength, Defence, Magic and Ranged. This also requires two Mahogany planks and 2 Gold leaves.

Alternatively, the Hydra head can be used to recolour the Slayer helm. This requires spending 1,000 Slayer points in the reward shop as it does with other Slayer helm recolours. 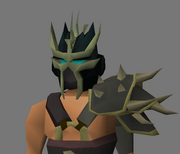 Players who are lucky enough to roll a drop on Konar's table during a Konar slayer task will be awarded with a key. These keys are stackable and can be used on the Brimstone chest for a reward. The chest is located on Mount Karuulm beside Konar.

Poison protection from potions like anti-poison and the Serpentine helmet now reduce the damage taken from the Hydra's special poison attack.

The Drake's fire attack can now be resisted by dragonfire protection such as the Anti-dragon shield. This will work as it does with the metal dragons.

Players may now trade the Golden tenchs to Alry for 100 Molch pearls.

As recently polled, players will no longer lose favour in one of the Kourend houses if they perform tasks in a different house, regardless of whether or not they have started Architectural Alliance. As a result, completing Architectural Alliance will instead grant the player a reward lamp, granting 10,000 XP in any skill level 40 and above. If you have already completed the miniquest, you can claim the lamp from Hosa who can be found at the statue of King Rada I outside Kourend Castle.

You can now check your Pest Control scores for each lander tier via a scoreboard. This will only count Pest Control wins achieved after this update. 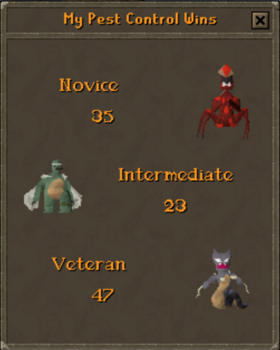 The Strength bonus of the Serpentine helm has been increased from +3 to +5 to make it more viable relative to its cost.

The world rota is switching back to Period A this week. Although we left it on Period A for four weeks over the Christmas holiday, followed by four weeks on Period B to make up for that, we’re now returning to the regular two-weekly rota, with the next change due on Thursday 21st February.

However, we’d like to try a little experiment with worlds 324 and 325. They’ve been taking turns to act as the standard members’ PvP world, with 324 acting as the PvP world in Period A, and 325 acting as the PvP world in Period B. For the next two weeks, although it’s Period A, we’d like to leave both 324 and 325 open as PvP worlds. If the player traffic is enough to sustain both of these, we can leave them both open indefinitely. However, if the activity can’t sustain them both at once, we’ll go back to rotating that theme on the two-weekly rota.