This week we have a bunch of quality of life updates for Old School. Changes to Zulrah, increased bank space, a fight cave timer... The list goes on. Let's get into the details of everything new in Old School.

After receiving a large amount of feedback and data from the Old School community we've made some changes to Zulrah's combat and drop table.

Zulrah's green form now has increased ranged defence and decreased magic defence. This encourages players killing Zulrah to bring a magic switch and adds to the challenge of killing the boss.

In addition to this change we have added some additional patterns for Zulrah to follow when switching forms and location. Prior to this update there were two orders that Zulrah would switch between forms. We have now added some more to vary the fight further.

The changes to Zulrah's drop table are as follows:

Zulrah remains an excellent money maker for players that are competent at killing the boss.

The next time that you log in you will notice an additional 200 bank spaces added to your account. All Old School players, F2P or members, have been given these additional spaces to make their day-to-day 'Scaping a touch easier. 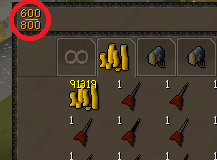 Previously the Ava's devices would not collect ammo from anywhere that you cannot directly walk to. The devices are now able to grab ammo whether or not an obstacle is in the way. 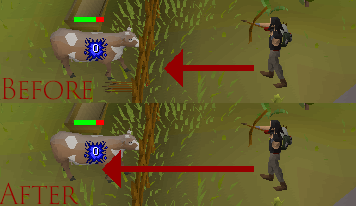 This change means that you will now be able to retrieve your ammo during a fight against Zulrah.

A timer has been added to the fight cave that times how long it takes you to get from wave 1 to killing TzTok-Jad. Although the timer does not run while you're logged out, it will run continuously while you're in the cave so that you can't pause the game and allow your stats to restore without the timer running.

We are looking forward to seeing some incredibly fast runs. Make sure to send them our way on Twitter!

The north side of Varrock west bank has now been opened up to allow easier access to the nearby agility shortcut. 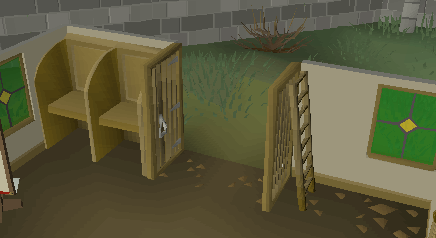 In order to help players distinguish between items when trading we have made changes to a couple of inventory icons. Maple logs and staffs now look slightly different. This is to prevent switching yew logs for maple logs or battlestaffs for staffs in an attempt to scam players.

We've made a small change to the way that looting items in PvP works.

As always, if you die your items are dropped to the player that killed you. After one minute these items become visible to everyone. This has not changed.

These changes only affect PvP loot. Dropping items in PvP areas has not been changed.

Join us at 5pm GMT over on the RuneScape Twitch.Tv channel for the Old School developer Q&A where we will be answering the most pressing questions from the community.