The residents of Zul-Andra have opened up a little more about their local delicacies, sacred eels. Grab your fishing rod, bait and head over to the tribe to investigate Zulrah scale fishing! 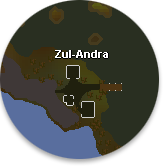 Sacred eels are untradeable after being caught, however if you have a cooking level of 72 or higher you can use a knife on the eels to extract several Zulrah scales. 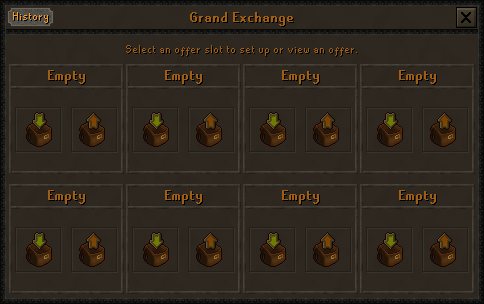 Similarly, a button has been added to the top-left of the Grand Exchange history interface allowing you to quickly access your main exchange interface.

In an effort to reduce the viability of suiciding inside guarded zones in Deadman mode, we have made a change to death within guarded zones.

If you die with a skull inside a guarded zone, you will now lose 10% of your experience in protected skills in addition to the existing item and XP loss.

If you die without a skull inside a guarded zone you will not lose any experience in your protected skills.

To access this area, find your way to the Dwarven mine located underneath Falador, right click a disc of returning and select the 'Blackout' option. You will then be transported to the blank space and can leave using the light found in the south-west corner.