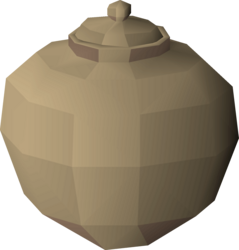 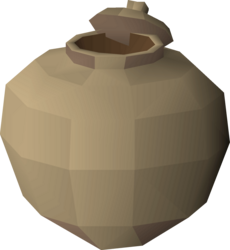 Several Urns can be found when entering the Pyramid Plunder minigame, near the Guardian mummy. They look like darker variants of the interactive ones you can loot. However, these cannot be looted, only examined.

The game cache also contains models for darker urns with snakes. Similar models are used for the lootable urns, but these dark ones don't seem to have snakes in the game.