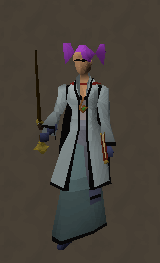 Pinkelz is a not so well know OSRS merching veteran who's started playing back in Runescape Classic. Her claim to fame started out hoarding party hats when they were first released. Before EOC, her net wealth was suggested to be over 350b, and it was humored that she held over 3/4 of the blue party hats in game, but never confirmed. 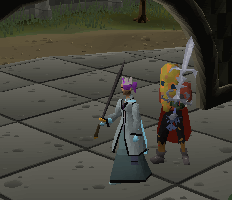 Upon the release of the Grand Exchange, she extorted billions using her own merching clan to dictate prices and hoard an almost unlimited supply of items through numerous accounts.

upon EOC her account was finally banned again for supposed RWT, however no evidence was ever produced. After OSRS was released, Pinkelz started playing again in late 2015 and continues to merch and sway prices with her own flipping and merching clan. She can often been seen in world 2, associating with Wilson, Cheesy018, twighlight ash, Godfadern, and h0t r4ngerz.

It is believed she has an estimated osrs bank of around 45b at the start of 2016, but not confirmed. Her rs3 bank is still believed to have over 1000 of each rare dating back to classic but has yet to be confirmed.