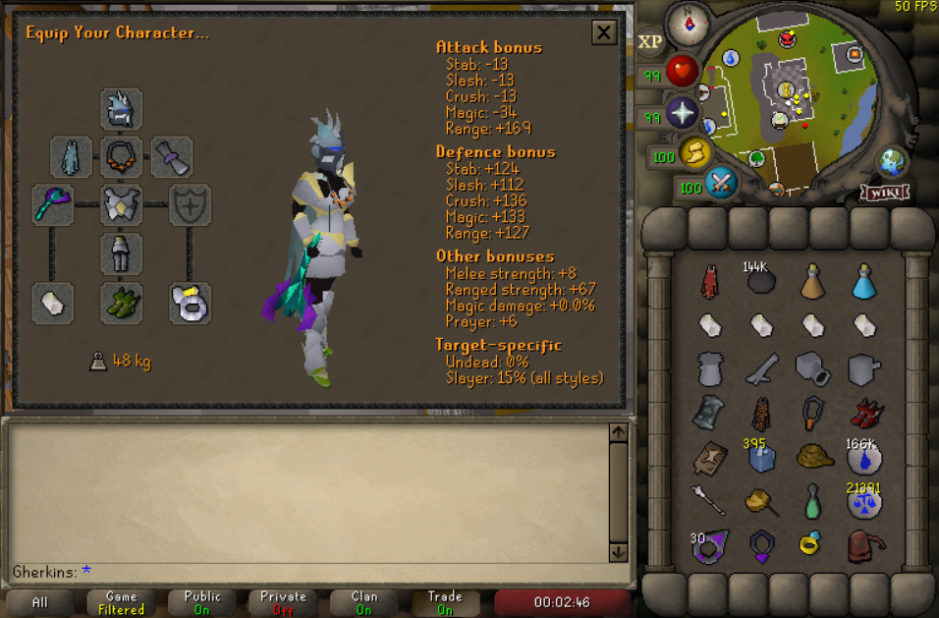 Advice/Info If you don't own a max cape: - Replace it with a construction cape (or teleport to house tabs). - Replace the royal seed pod with some form of light source (and use the duel arena gnome glider instead). - If you have a slayer cape you should also take this along by replacing the Xeric's talisman if you have one mounted in your POH, or just replace an expeditious bracelet.

Using Turael as a slayer master has 2 primary purposes: - Hunting a desirable task from a higher tier slayer master quickly. This is done by getting a slayer task from a master such as Duradel. If the task is undesirable, you cancel the task with Turael and do a Turael task instead. Then try your luck with Duradel again. Repeat this until you get the task you want. (WARNING: THIS WILL RESET YOUR TASK STREAK TO ZERO) - Boosting slayer points by doing 9 tasks from Turael then every 10th from your highest tier slayer master. This will net you around 200 points/hr if you use Duradel. However this is somewhat redundant now since wilderness slayer exists and is better points/hr.

The method revolves around using NPC contact to receive slayer tasks from both Turael and your chosen slayer master. The inventory setup allows you to do any Turael task without needing to bank for specific items. It is highly recommended to import the bank tag for this channel from #old-bank-tags to speed up your ability to gear up.

Do not instantly teleport away after finishing a Turael task as you can get the same task back to back either with the slayer cape perk or by cancelling a Duradel task in between the two Turael tasks. 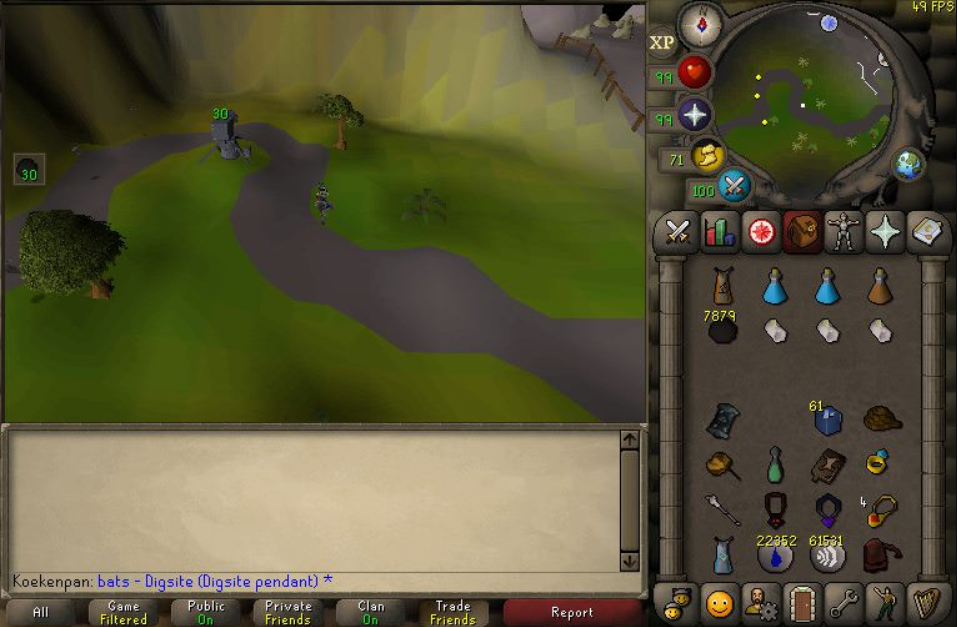 Banshees Location: Morytania Slayer Tower If you have Addy+ darts in your blowpipe and Rigour you should 1 hit them almost every time, quick task. 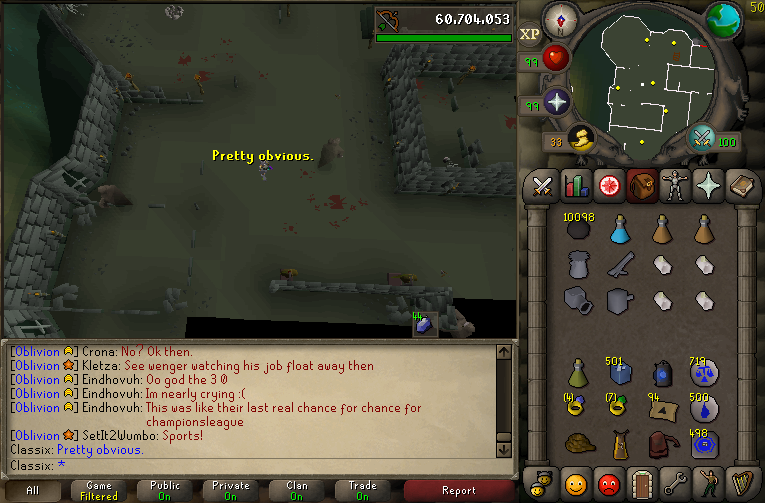 Bears Location: East of Ardougne QP Cape is the quickest way to get here OR BLR Fairy Ring 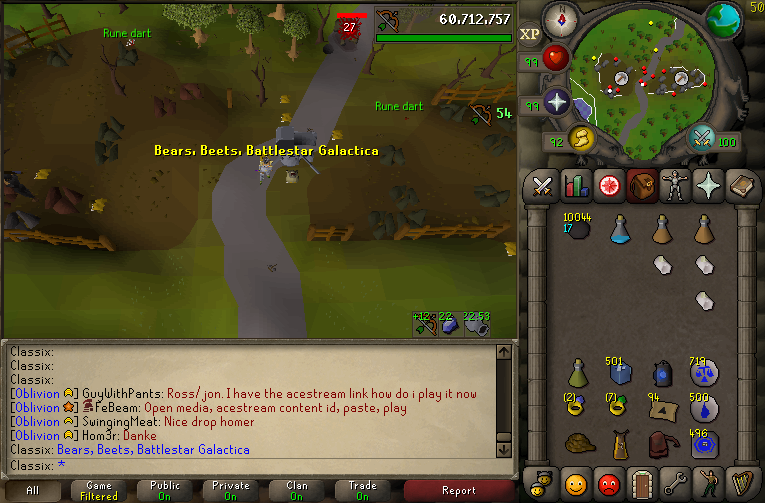 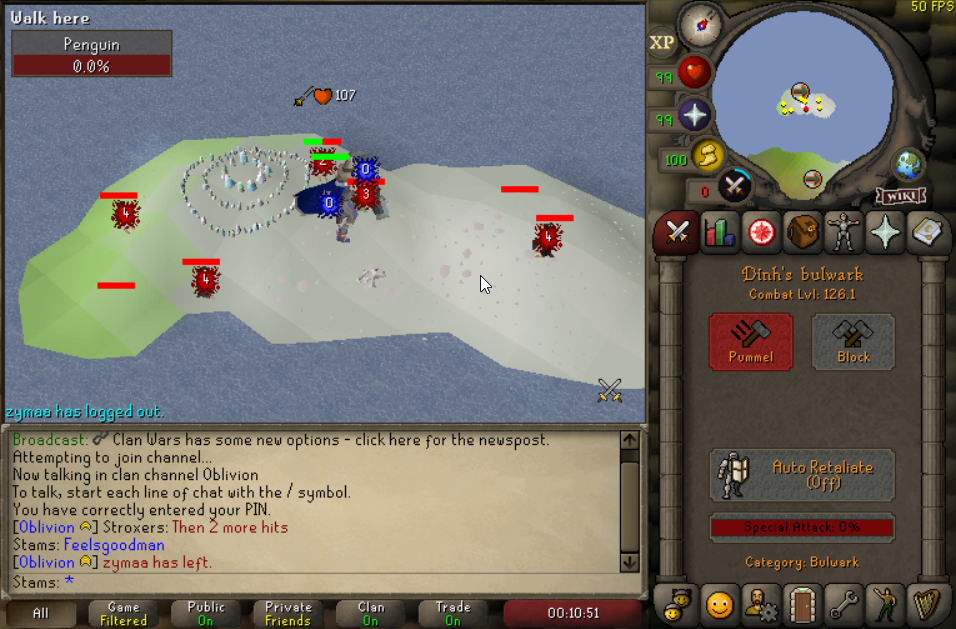 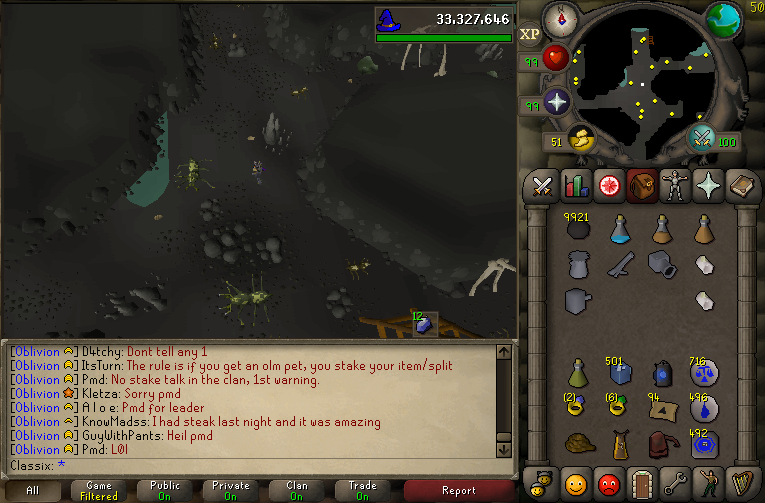 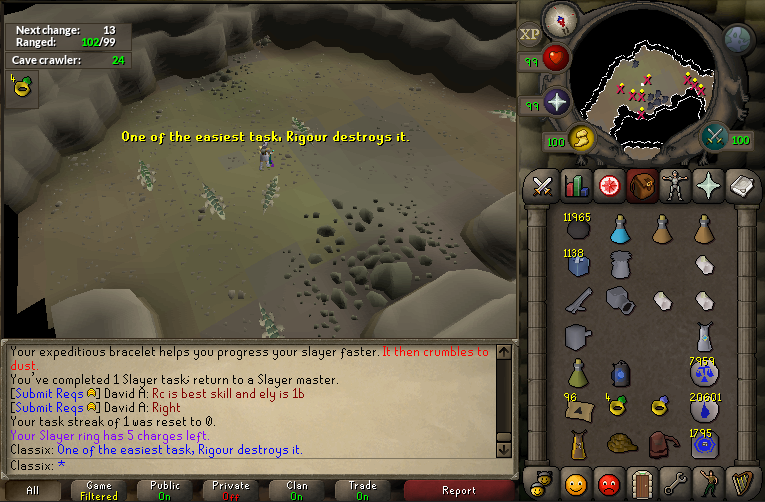 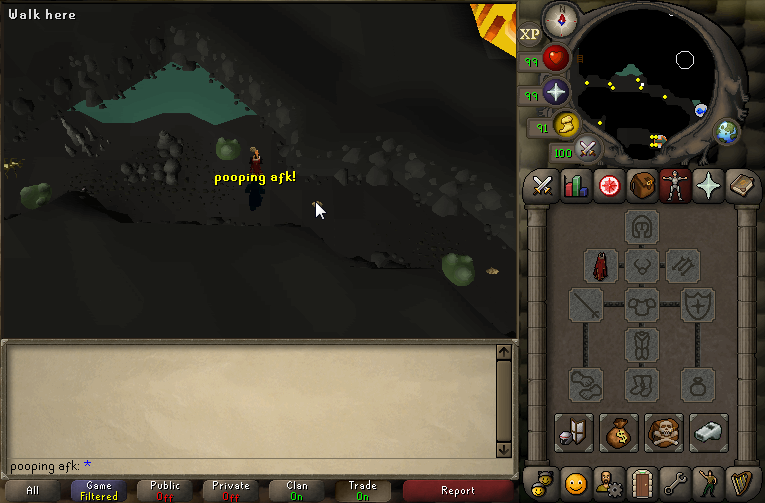 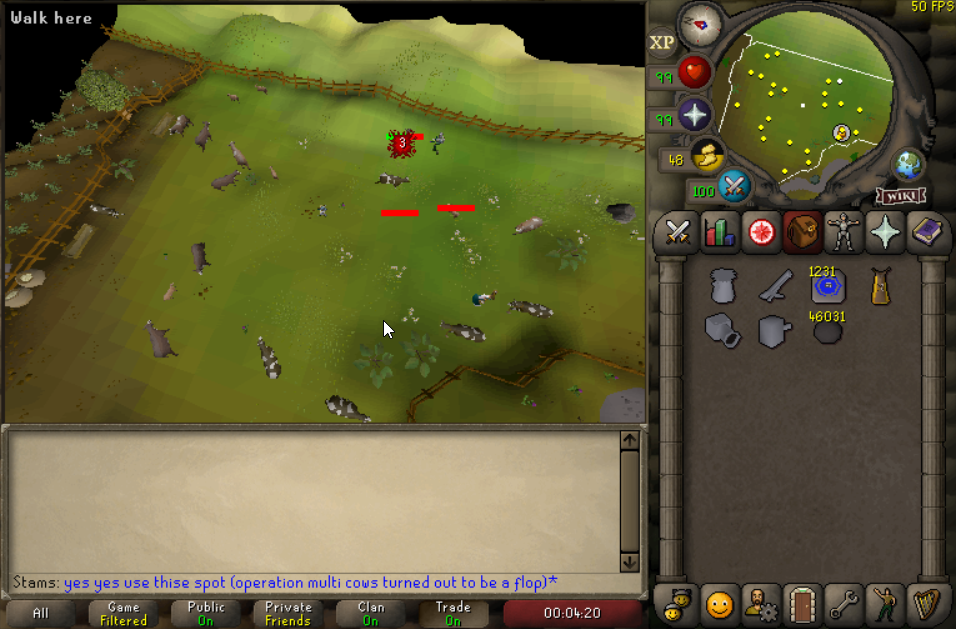 Teleport to Lumbridge and run to the cow pen over the river.

Crawling Hands Location: Morytania Slayer Tower Use the room that I'm in on the picture. The larger hands have 19 Hitpoints and the smaller have 16. There isn't much of a difference in health but I prefer to just the kill the small ones. 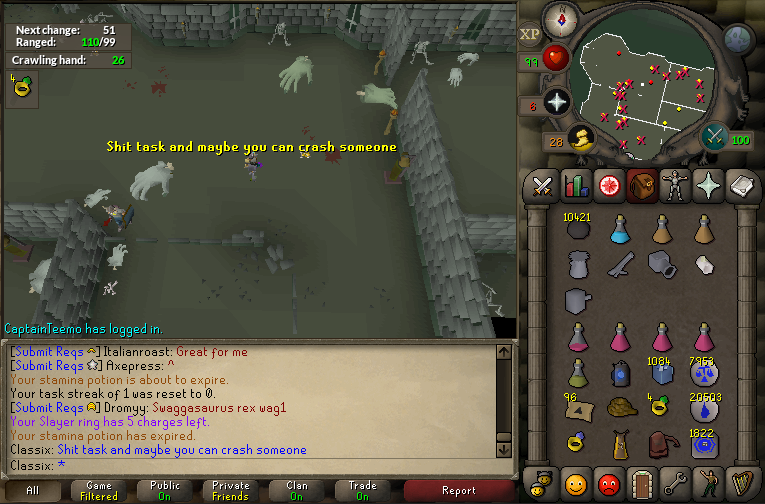 Desert Lizards Location: Al Kharid Desert (east of the river) MAKE SURE YOU BRING ICE COOLERS (Bring 10 more than whatever number of task you have) Teleport to Nardah with the fairy ring (DLQ) in your house. You don't need waterskins or Des 4 Ammy as you won't be there long enough to die. 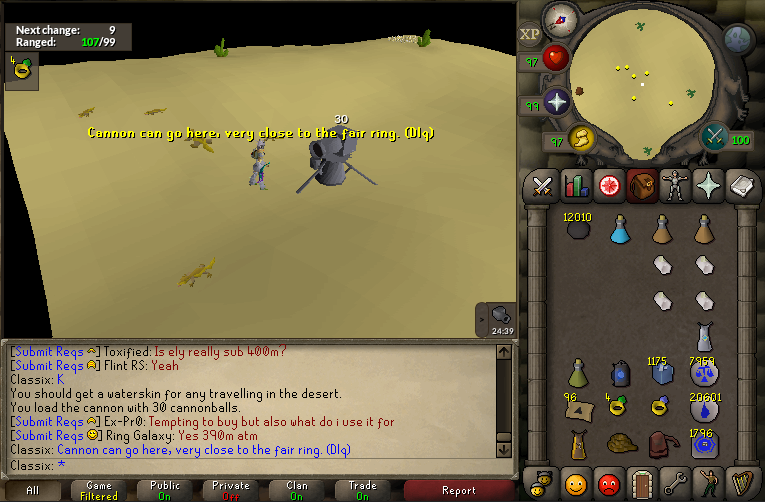 Dogs Location: Al Kharid Desert Teleport to Nardah with the fairy ring (DLQ) in your house. You don't need waterskins or Des 4 Ammy as you won't be there long enough to die. 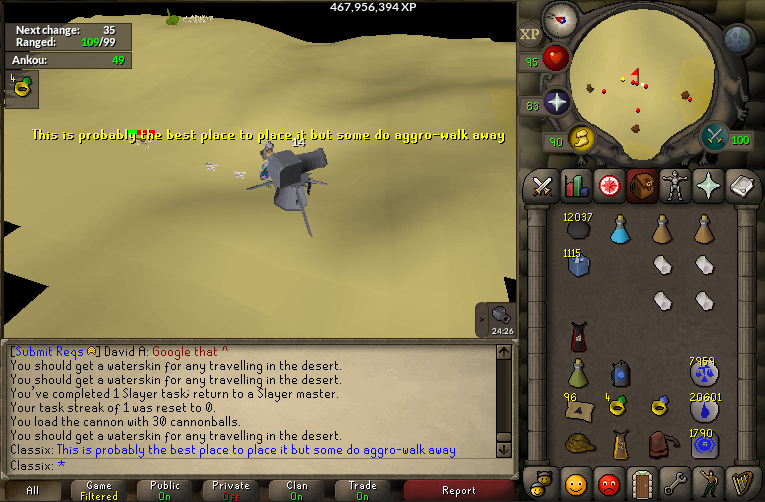 Goblins Location: Across the bridge in Lumbridge 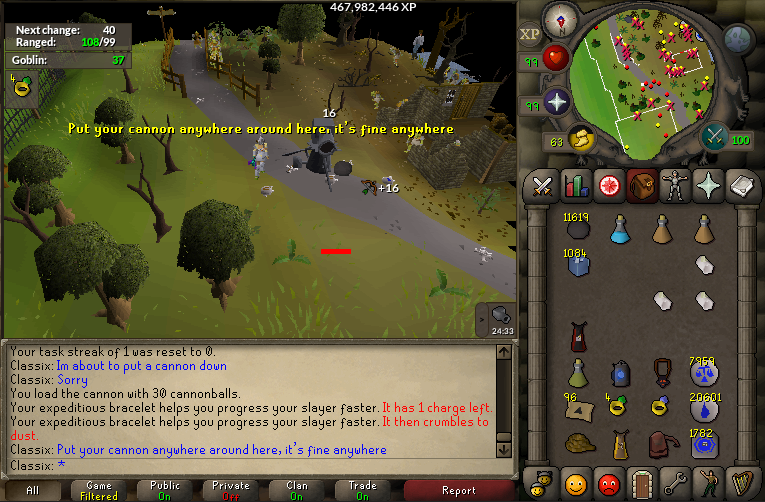 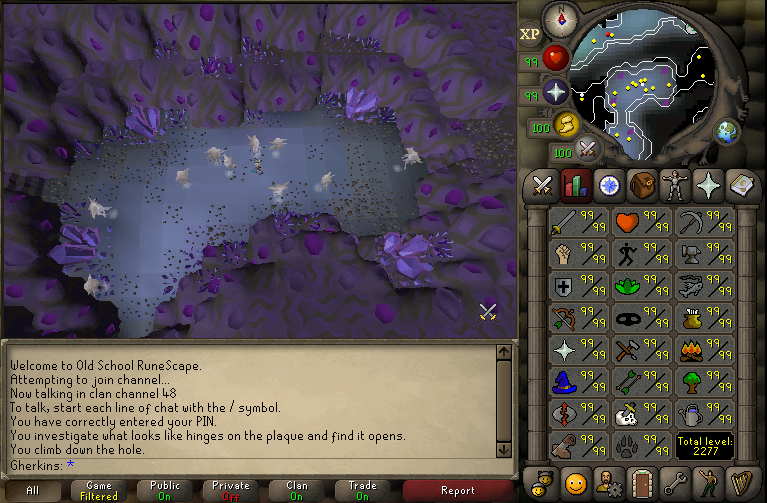 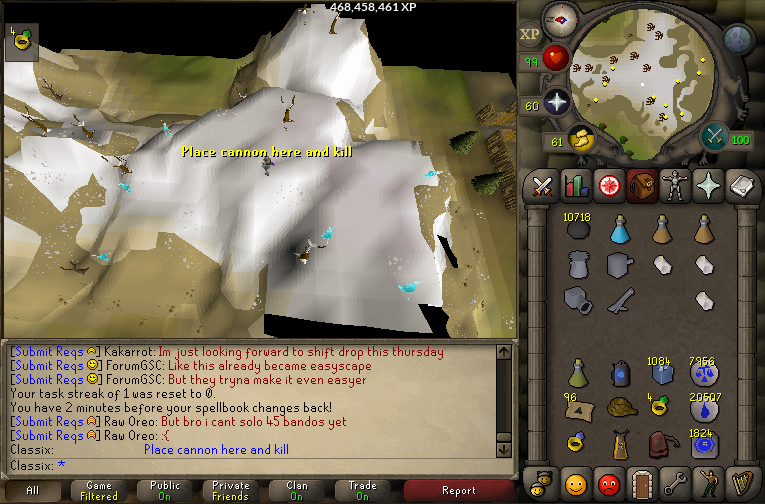 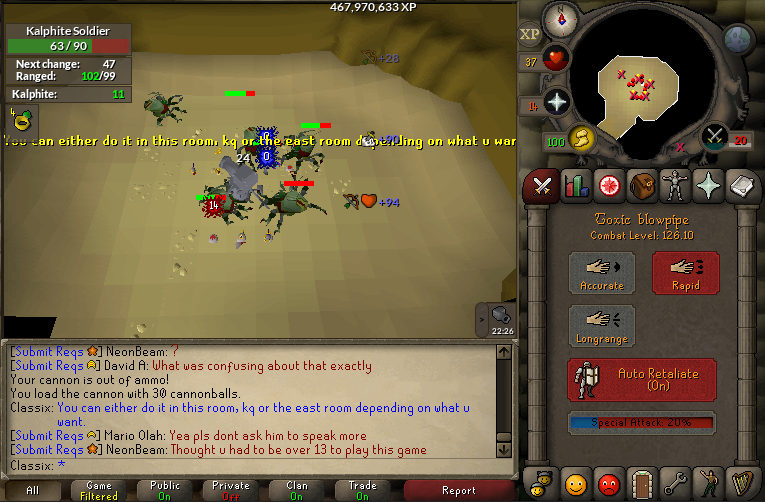 Minotaurs Location: First floor Stronghold of Security Teleport with the Skull Sceptre. Enter the stronghold, go a bit south to the room with goblins then east to the room exclusively full of minotaurs. Optional: You can bring a bulwark for spec. 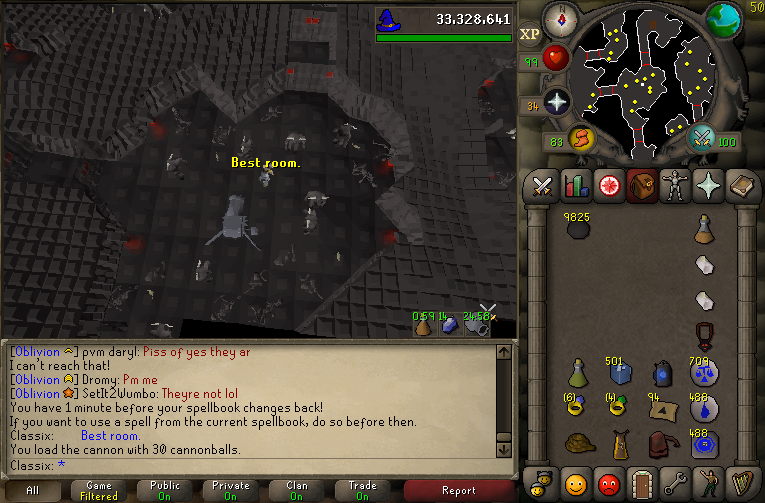 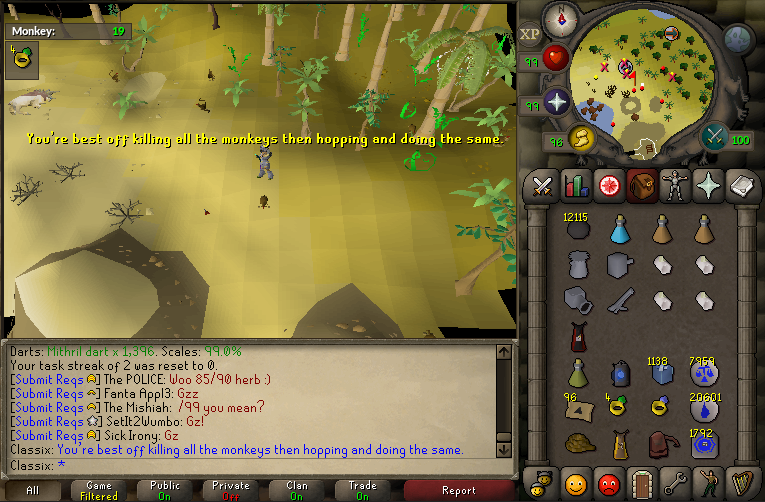 Rats Location: Underneath Varrock in the sewers Teleport to Varrock and go North East to the sewer, go down the ladder and place your cannon down where the picture shows Optional: You can bring a bulwark for spec. 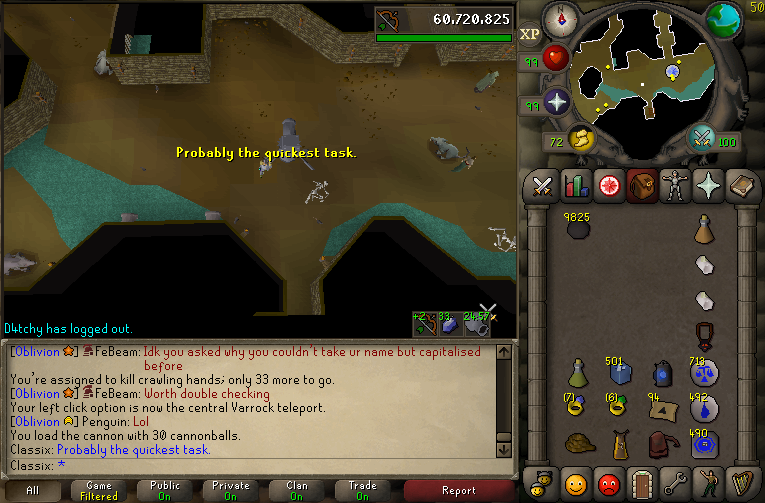 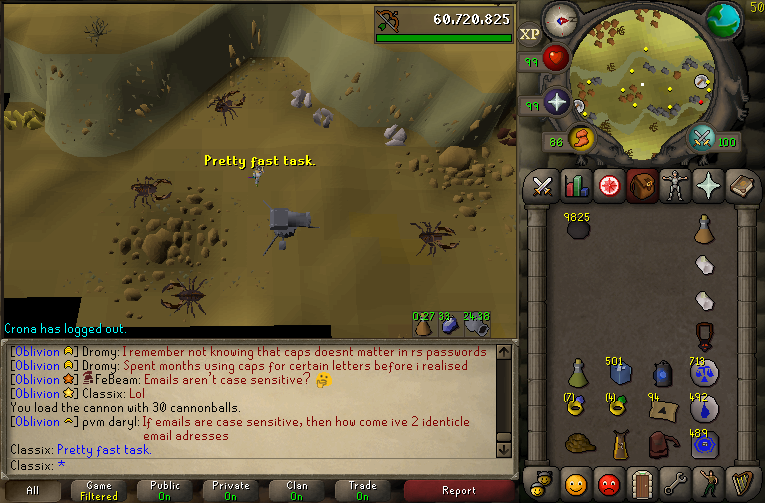 Skeletons Location: Digsite/Sennisten Dungeon Items Needed: Rope Teleport to Digsite using the scrolls (bought for very cheap on the grand exchange). Run just east to the closest winch and use your rope on it to lower yourself down into the dungeon. From the rope go south to the room full of skeletons. 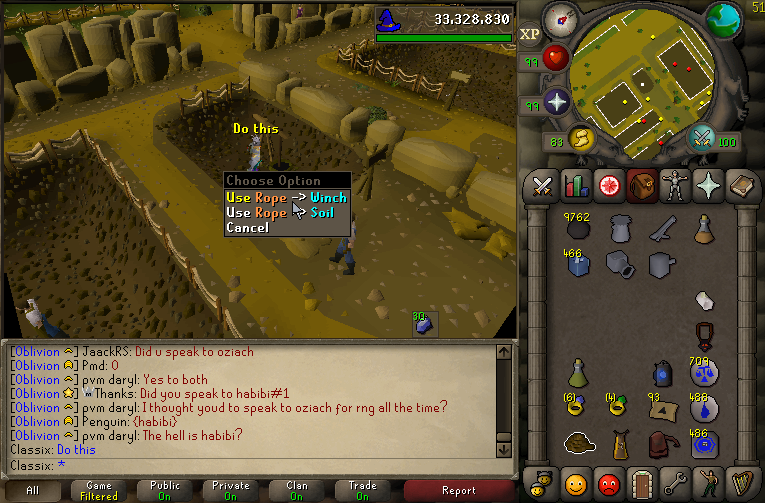 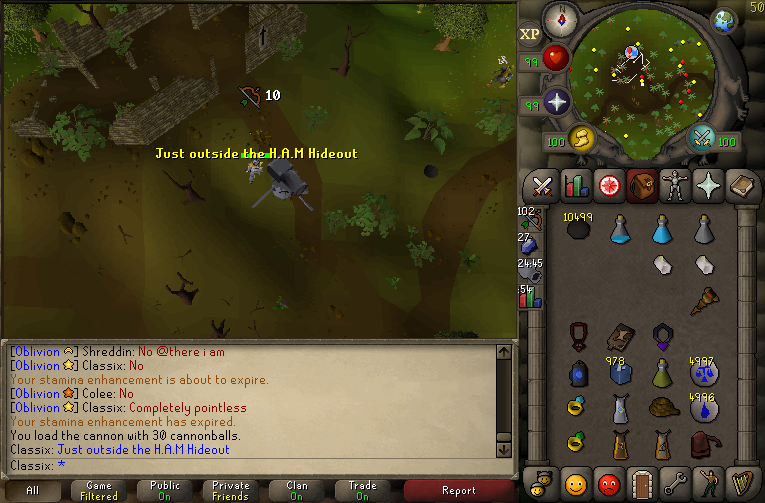 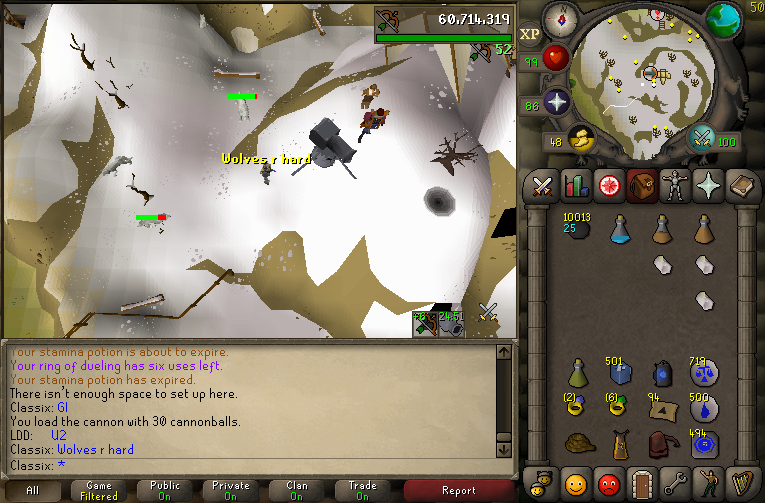 Zombies Location: West of the Ecto Altar Teleport with the Ectophial and run west. Both Cows and Chickens count towards Zombie tasks. 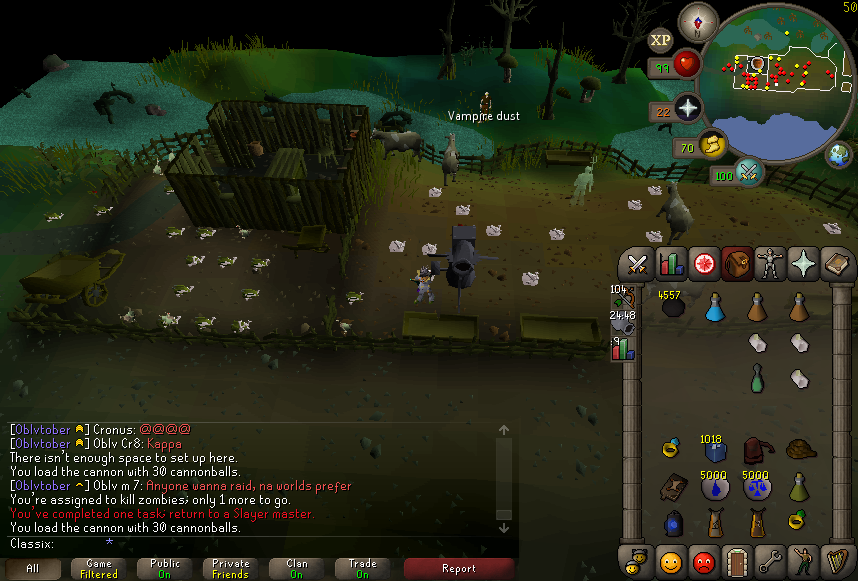