Just wondering how I can get my hands on those handy tables to put into the item pages?

No problemo. I like having information available just as much as the next guy. Hope my wikia expertise will help this wikia evolve quickly.
Rhaokiel (talk) 02:36, February 25, 2013 (UTC)

There's a difference between copying content and adapting a list... I could've taken the time to go through every quest page on this wiki and obtained pretty much the same thing.
Rhaokiel (talk) 21:59, March 2, 2013 (UTC)

I was wondering if it would be possible for you to put a link to a hiscores tracker on the front page so people can use it.

can you un delete the rs2007 max hit template?

gotta up the dank-ness mon --

for the love on the gods[edit source] 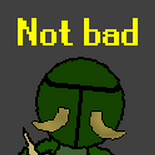