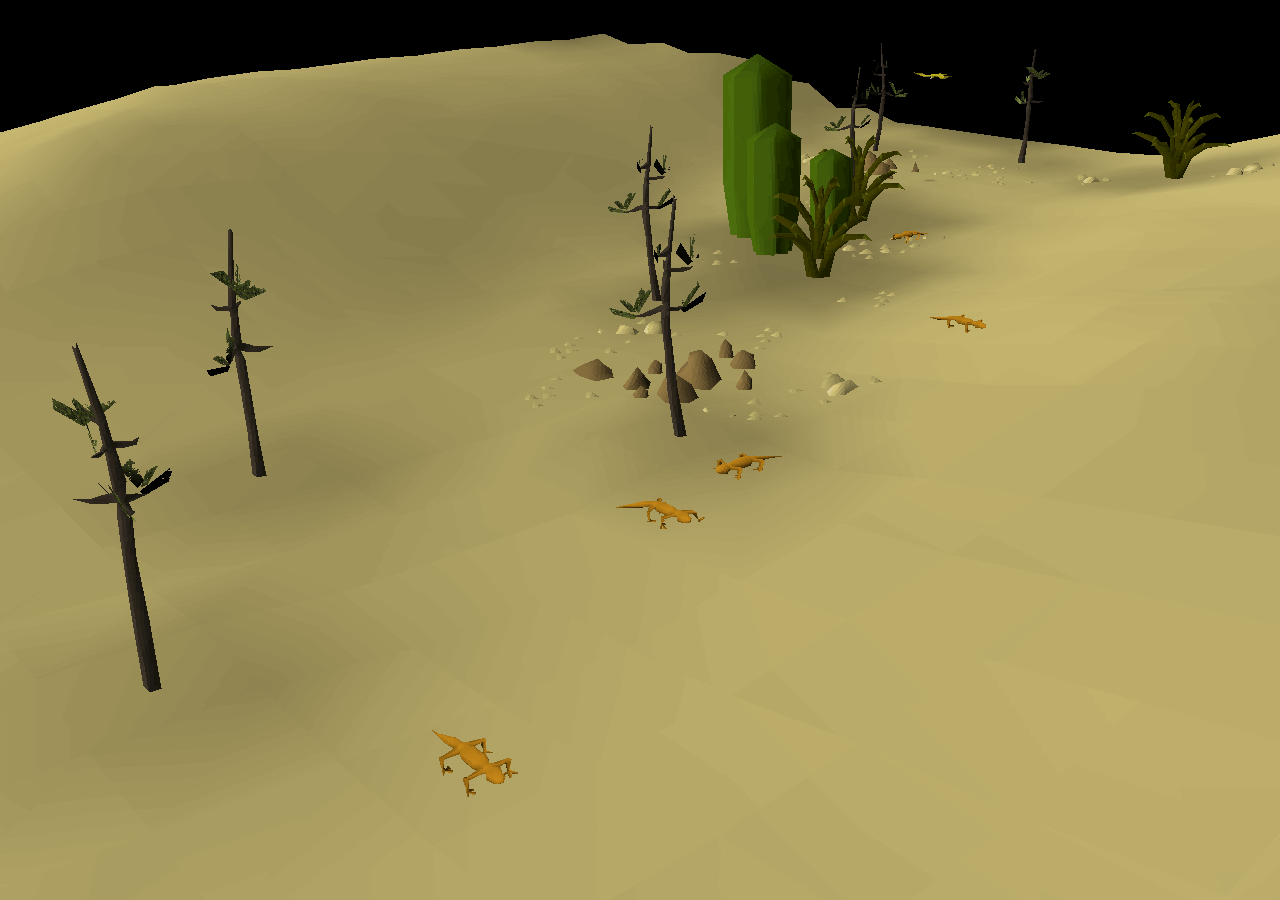 Uzer Hunter area is one of several Hunter training areas. It is located in the north-eastern Kharidian Desert, north-west of the Ruins of Uzer.

The Uzer Hunter Area is a comparably small hunter area, consisting mainly of a small series of clustered rocks. A variety of creatures can be found and captured here. There are several cacti in the area, meaning that players can refill their waterskins easily.

The following Hunter creatures are found in this area:

Small Lizards and Desert Lizards are located south of the hunter area.

Because the Hunter area is in the desert, players must drink water from waterskins at regular intervals to avoid dying of thirst. It is recommended that players wear desert clothing to reduce the amount of water they have to drink.