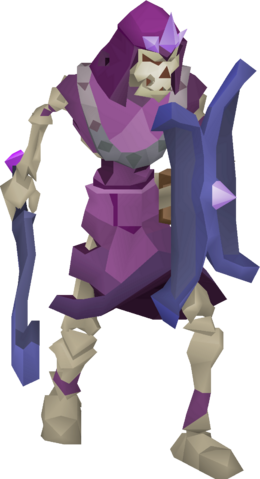 Vet'ion jr. is a pet dropped by Vet'ion. It is a much smaller version of Vet'ion. Players can right click "Metamorphosis" to change between its normal and reborn form.

Vet'ion jr. is the second least common pet in the game, after the Inferno-locked Jal-nib-rek. As of December 2021, only 3,111 players have obtained it.[1]