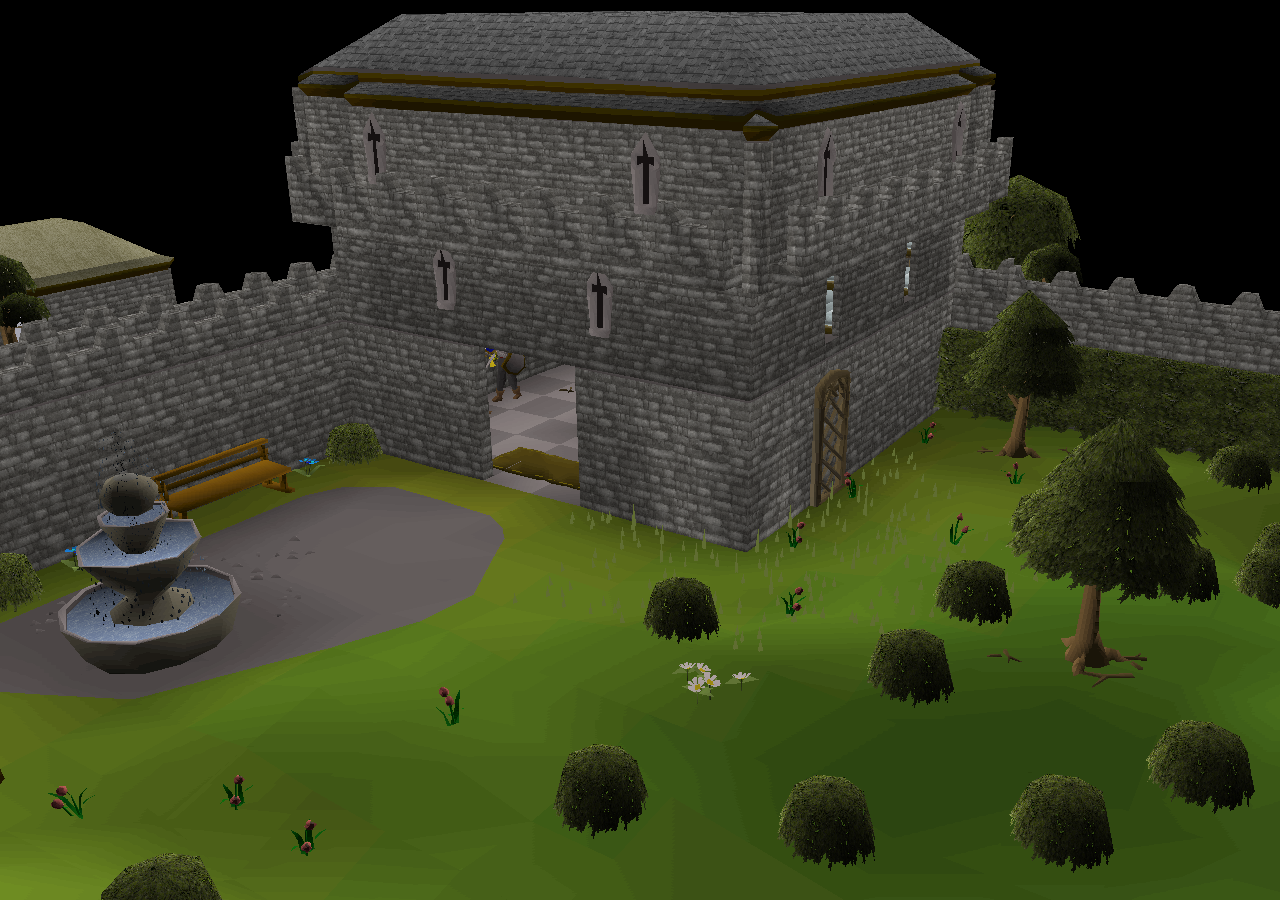 The Watchtower is a fortified defensive structure situated on the northern wall of Yanille. Its primary purpose is to defend the city from the ogres that inhabit the nearby Feldip Hills.

The Watchtower was built to defend the city of Yanille, which is situated very close to the Feldip Hills. This has led to numerous attacks, usually by the ogres that inhabit the area and continue to push their way further into southern Kandarin.

The tower is managed by the Watchtower Wizards, who operate the magical generator on the tower's top floor. A number of watchmen also protect the tower from invaders.

The Watchtower is protected by a magical generator, which is fuelled by a number of powerful crystals. During the Watchtower quest, the player must recover these crystals, which have been stolen by the ogres.