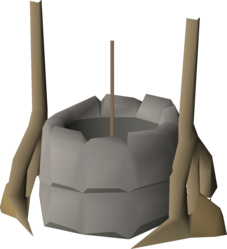 A Well in Lletya is changed into a Statue during the Song of the Elves quest.

During the quest the well is destroyed by an attack of Lord Iorwerth and his forces. Then, five pieces of the soul of Lady Ithell have to be touched, after which the broken well becomes a Statue space. The statue can then be built, using a saw, hammer and eight limestone bricks.

The resulting statue embodies Lady Ithell, and when Kelyn looks at the statue, she receives knowledge of lady Ithell and becomes Lady Kelyn Ithell. 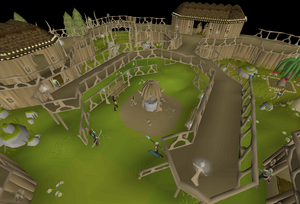 The well in the middle of Lletya
Retrieved from ‘https://oldschool.runescape.wiki/w/Well_(Lletya)?oldid=14182472’
Categories:
Hidden categories: