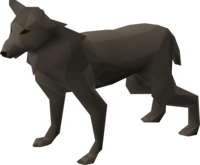 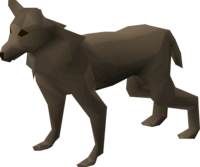 Wild dogs can be found throughout the Brimhaven Dungeon, except in the Iron and Steel dragon cavern.

They can be slain towards a dog Slayer task.