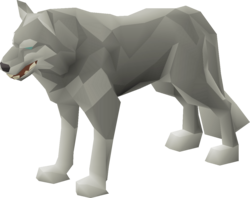 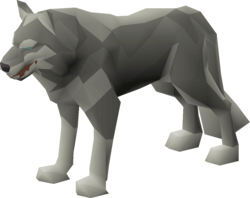 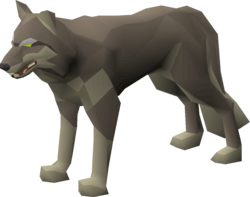 Wolves are canine monsters that can be found in various places around RuneScape. They have a variety of different combat levels, level 64 wolves being the most common, and level 11 and 14 wolves only being found in the Stronghold of Security.

Their bones can be used with a chisel to create wolfbone arrowtips used to make ogre arrows, which are necessary for completing Big Chompy Bird Hunting and Freeing Skrach Uglogwee during Recipe for Disaster.