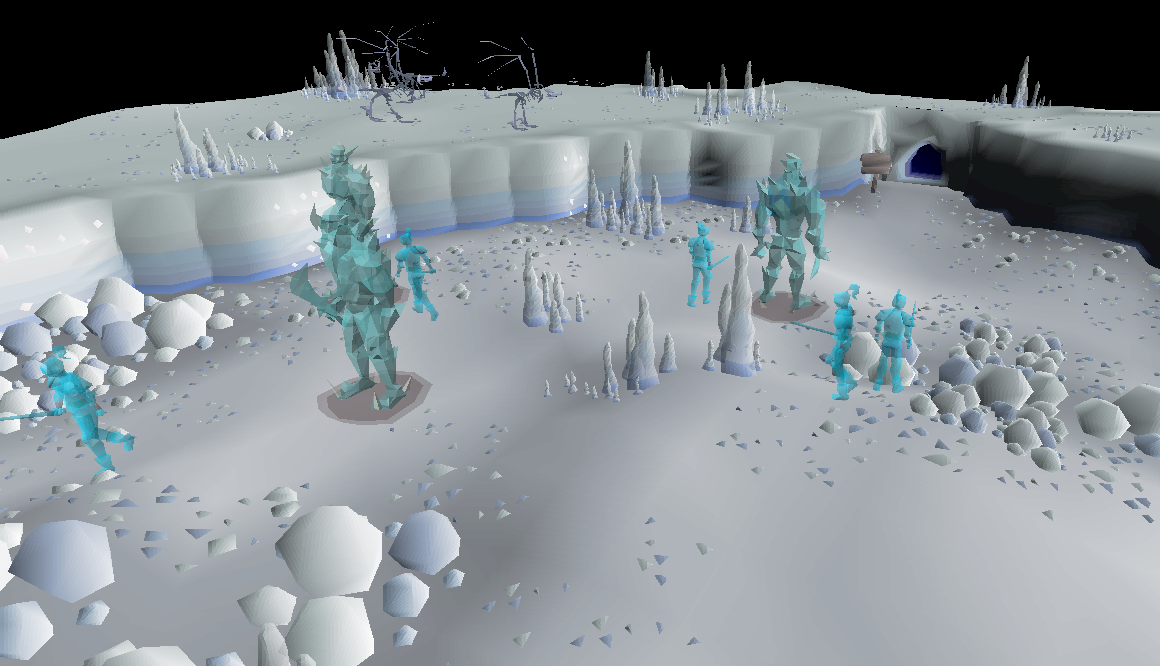 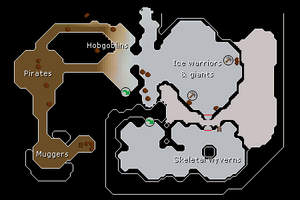 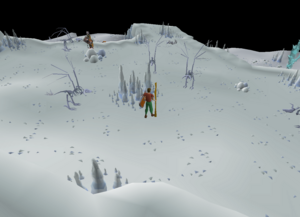 To the south of this room is the entrance to another icy cavern where eight level 140 Skeletal Wyverns reside; four on the west and four on the east side. They are killed for their valuable drops and slayer assignments. It is a very dangerous place because of their frost breath, which can only be blocked by an ancient, elemental, mind, or dragonfire shield. Players should be thoroughly prepared against the monsters before entering the chamber. They can drop Granite legs, Dragon plateskirts, Dragon platelegs, and the Draconic visage.