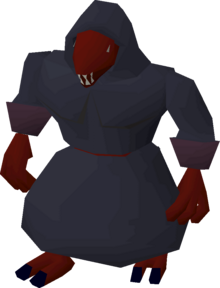 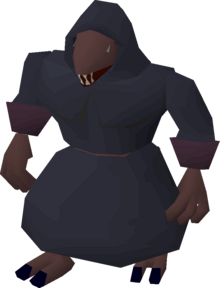 The Yt-MejKot (pronounced yit-mej-kot) is a monster found only in the TzHaar Fight Cave. It appears first in Wave 15. It resembles a very tall, lizard-like humanoid. Its melee attack is a powerful slash from its claws that hits up to 25 hitpoints. The Yt-MejKot also has the ability to heal up to 10 of both its own hitpoints and those of any other monsters around it once the targets drops below half health.

These are large monsters and are easily blocked by other monsters or the rocks in the cave. Yt-MejKots appear to only heal themselves whilst below half health, so it is very likely they will not heal at all if you are ranging them from a safespot. Yt-MejKots are a good source for healing hitpoints if the player has Guthan's equipment, due to the fact they recover their life points using their ability.