From Old School RuneScape Wiki
Jump to: navigation, search
The RuneScape Wiki also has an article on: rsw:Zombie Head (2005 Halloween event)
Not to be confused with Zombie head.
Zombie Head 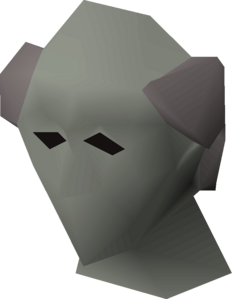 The Zombie Head is a remnant from the 2005 Halloween event that still exists within the game cache, but cannot be found anywhere in-game.

During the event, the Zombie Head was the result of insulting a zombie in Lumbridge Swamp causing the head to detach from the body, leaving Most of a Zombie behind. The head could then be caught to obtain a zombie head item, and used to scare the children in Lumbridge to obtain various coloured sweets.