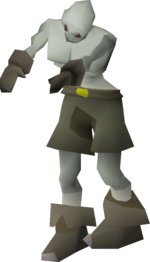 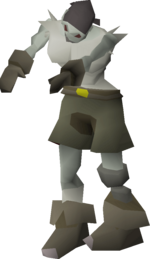 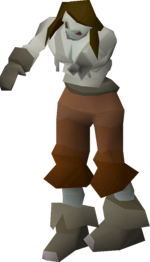 Zombie swabs are zombies that can be fought after starting the Rum Deal quest. There is also an intimidate option, which scares the zombie and no longer makes it aggressive towards the player (it only needs to be done once per zombie). However, this does not work between attacks, so the player might want to find a safespot in order to use this option.

While a player is intimidating, the conversation is replaced with an image of a kitten.