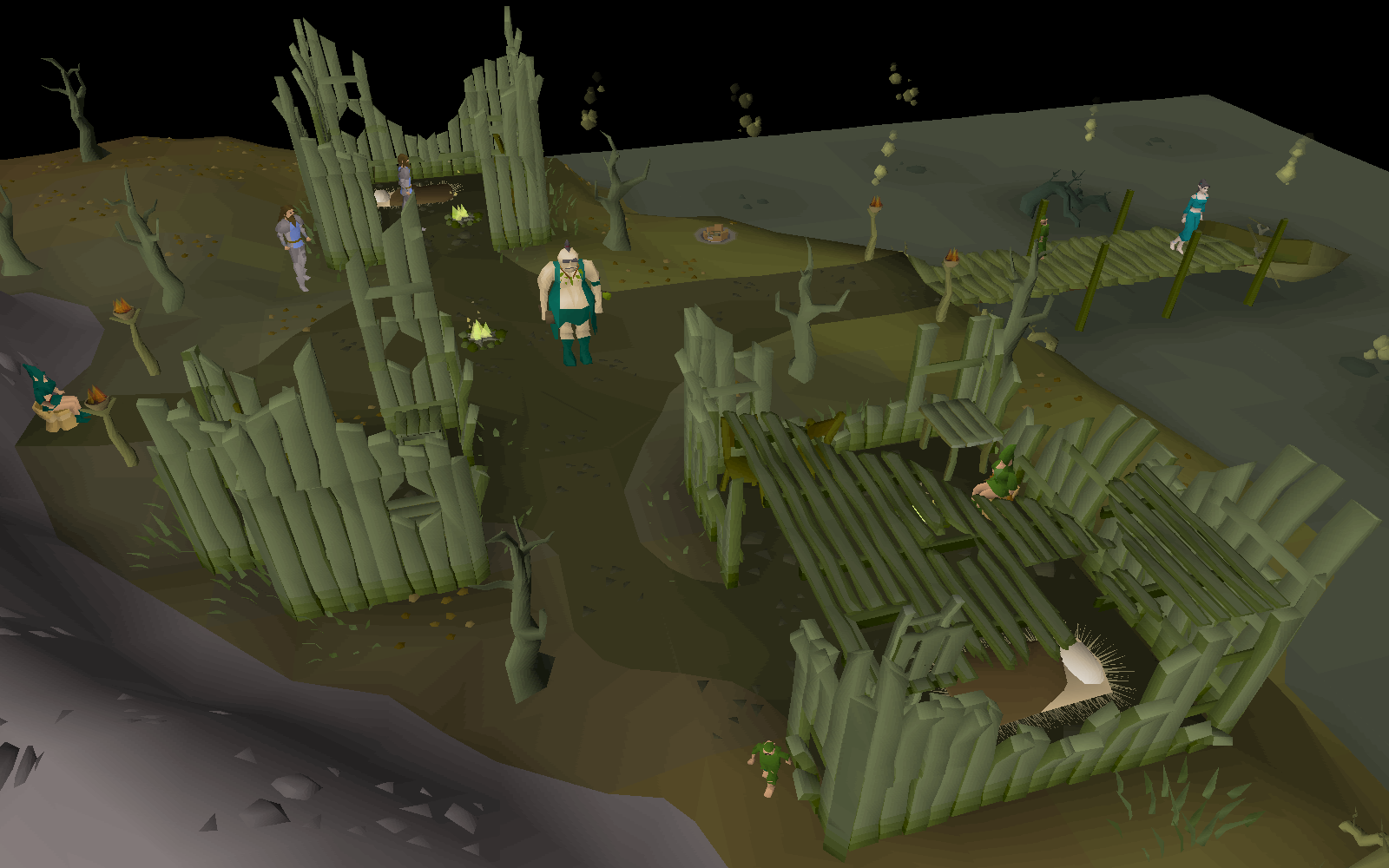 Zul-Andra is a small village located south of Port Tyras. The villagers who live there are followers of Zulrah, a large serpent that lives in the Poison Waste, whom they see as a god. Much of the village's history can be learned by reading Ohn's diary, found by searching a crate east of the High Priestess Zul-Harcinqa.

The settlement was originally uninhabited, with Harcinqa's mother, Harcinqa, her daughter, and Rentos, her son, visiting the area. A team of men, Ohn, Mortarium, Onan, and several others, attempted to escape the elven clans by running south to the Poison Waste. With no food to eat, they attempted to fish for eels in the swamp, to no avail. With no luck on catching food, they decide to camp out with the gnomes.

During the night, Zulrah attacked the camp, and ate five of Ohn's men. Fearing for the lives of the rest of his men, he suggested to leave the swamp, only to be interrupted by Harcinqa's mother, who claimed to have a plan that will be executed the following night. Ohn reluctantly agreed, as there was no other option. Harcinqa's mother proceeded to order the others to build a big campfire where they had been attacked, to attract Zulrah. When Zulrah reappeared, she held her son, Rentos, signaling the serpent to eat him.

In one gulp, the serpent devoured the young gnome child, and she proceeded to speak to the serpent, promising that if it let them live, she would bring it regular sacrifices, even going so far as to worship it as their god. Zulrah simply slithered back into the swamp, leaving the rest of the party alone.

The next day, the men were able to catch some eels. Harcinqa's mother believes it is Zulrah's doing; it sends them eels, and in return they send it sacrifices. She named the snake Zulrah and calls herself the High Priestess of Zulrah. Sacrifices continue to this day in order to ensure the village's survival, with Harcinqa becoming the High Priestess after the death of her predecessor.

Zul-Andra can be reached in several ways, all of which require completion of Regicide:

The village's main purpose is to send sacrifices to Zulrah, who they see as their god. Players can volunteer themselves as the sacrifice by speaking to High Priestess Zul-Harcinqa, who will gladly agree. By going east and speaking to Priestess Zul-Gwenwynig, she will instruct players to board the sacrificial boat so she can take them to Zulrah's shrine, where the sacrifice is made. This begins the boss fight.

Just southeast of High Priestess Zul-Harcinqa is a bank deposit chest that is not marked on the map. It can only be used if the player has offered to sacrifice themselves to Zulrah. If players attempt to use the box before, they will be told by Zul-Urgish that they cannot use the deposit box because the player is not one of them.

The village is also visited for players directed there via Treasure Trails, with a STASH unit in the vicinity.