You can now unlock boss monsters as potential slayer assignments for the low, low cost of 200 slayer reward points! Once unlocked, you can be assigned any of the monsters on the boss log, with the exception of the corporeal beast, as a slayer task.

Once the option is unlocked, Nieve and Duradel have a chance of assigning you a boss in place of a regular assignment. Due to the fairly low experience rates that most bosses will offer, upon completing a boss slayer assignment you will be rewarded with an additional 5,000 slayer experience. Your slayer partner may share in the boss assignment too, provided they have unlocked the option themselves.

As with any other slayer task, the effects of your slayer helm will apply during boss slayer assignments.

So, what are you waiting for? Head over to Nieve or Duradel to grab yourself a boss slayer assignment and get rewarded for taking out some of your favourite bosses.

Four worlds have now require you to have a minimum total level in order to access them.

Grinding bones for worshiping the ectofuntus can now be made a slightly more relaxing experience. After grinding one set of bones you will continue to grind more unless you click away to cancel the action. 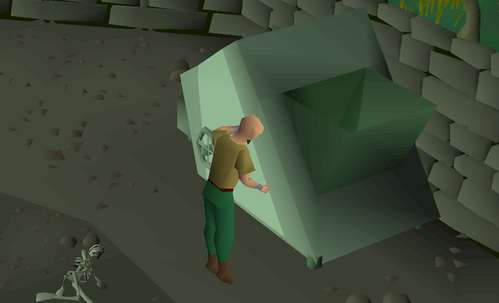 Grinding bones in this way is slower than doing so manually, so if you are looking for speed you are best off going down the click-intensive route. If you're looking to chill out and take your time, automatic grinding is for you!

Clicking the compass to face north

Clicking on the compass by your minimap will now cause your camera to face north.