It's time to address the unaddressed and focus on some much requested QoL updates. Whilst most of this week will be focused on the results of Content Poll #57, such as updates to how the Serpentine Helmet envenoms NPCs with various weaponry and a buff to the Ahrim's staff, we do have a few other tweaks here and there added in for good measure.

If you've ever been frustrated when having to buy multiple items from a shop in stacks of 10, you're in for a treat. All shops now have a "Buy 50" option, allowing players to buy items in, well... Stacks of 50? 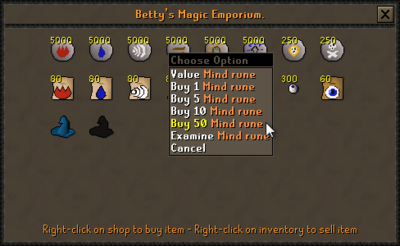 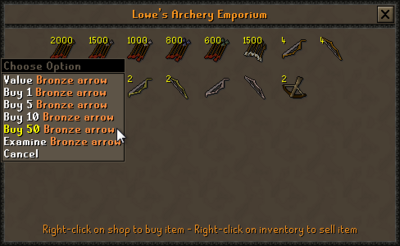 This change will not be live in King of the Skill worlds as to not impact strategies mid-way through the contest.

The Serpentine Helmet now gives a 50% chance to inflict venom when worn in conjunction with a poison-inflicting weapon, such as the Dragon Dagger Poisoned. This also applies to poisoned arrows and bolts, but not the Emerald bolts (e) special ability. Attacks that hit more than 0 will have the chance to trigger this effect and it will only apply to NPCs. 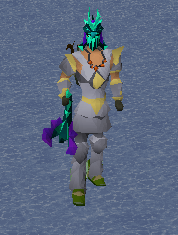 In addition to this, it now gives a 100% chance to inflict venom when worn in conjunction with a venom-inflicting weapon, such as the Toxic Blowpipe. Attacks that hit more than 0 will trigger this effect and it will only apply to NPCs.

Destroying the Pizzaz Hat from Mage Training Arena will no longer wipe a player's Pizzaz points.

That's one more bank space freed up for those that were holding on to one! Apologies to all Pizzaz Hats that are about to be destroyed. You thought you were needed, but you weren't.

Ahrim's staff has long been remembered as one of the worst magic weapons in the game, due to it being 2-handed. Those days are now behind us. 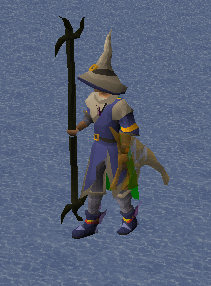