This week Old School sees a fair few highly requested quality of life changes as well as the end of the goblin invasion. 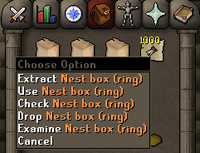 Wyson the gardener will now accept your noted mole skins and claws in exchange for birds nests.

When trading your skins and claws in at Wyson he will now give you nest boxes. These boxes will contain the appropriate amount of bird nests and can conveniently be emptied right into your bank.

Nest boxes can hold any number of nests, so there is no need to make repeated trips to Wyson. As long as you have 3 free inventory slots you will be able to claim your reward for any number of mole skins or claws.

We recently released a small update that made the "user has logged in/out" message disappear after 10 seconds. This was something that many players liked but some still wanted to see these messages for a longer period of time.

We have now released a toggle allowing you to decide whether or not these messages will disappear. If you fancy knowing who has logged in, no matter how long ago it happened, you can toggle the feature off. If you want to keep your private chance nice and clear, you can keep it on.

The goblin invasion has failed. General Danknuck and his forces were not able to penetrate the defences of Falador. The goblin armies have retreated and will have to re-think their plans if they ever want a chance at taking charge of Gielinor, maybe next year will be a little more successful.

If you didn't get a chance to get your hands on the event RPG, the massive paintball gun that allows you to 360NoScope players, you can pick one up from Diango in Draynor village. Grab your RPG, 360NoScope some noobs and make a sick montage if you haven't given it a go yet.

When joining player-owned houses and clan chats, you will now see the option to join the last house or chat that you were in. This has been a very highly requested change and it is one that will make day-to-day life in Old School just that little bit smoother. 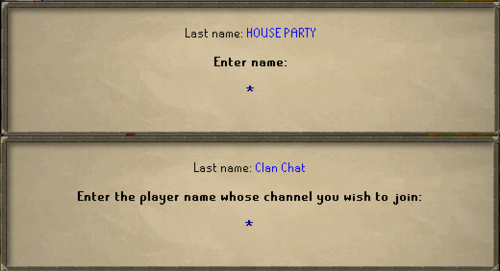 Later on today we will be introducing our new artist on the Old School developer Q&A livestream at 5pm BST. Make sure you come along and show him some love. You can catch it over on the RuneScape Twitch!