We've been looking at how you've been using Fossil Island, and have some improvements we'd like to offer for you.

Fossil Island has been out for several weeks now, and we've been able to gather a wealth of data about how you're all interacting with it. By looking how many people use the features, what stats they've got, what gains they get, etc. we've been able to pinpoint some areas to improve and change - providing you're fine with us doing so.

First things first - let's talk fossil gathering! Out of all players who have completed Bone Voyage, only 20% have built 1 fossil case. Were you aware of the free set of fossils available at the camp? Pete, who's panning nearby, will give you a set of fossils for free if you build the entire camp. But most people don't seem to know about this, and they're only building the camp to hit a certain Kudos threshold. That's not especially encouraging for them. 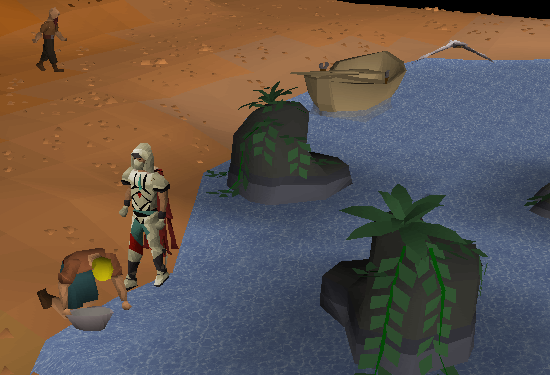 In fact, we've found that 18% of players who did build the entire camp still didn't collect their free fossils from Pete - they're missing out on a free display case.

So we'd like to make it clearer to players what they can do on the island, and offer some rewards for doing the tasks. We'd thought of doing it a bit like a mini task-list, written on a notice-board in the camp area, with fossils as the reward for ticking off the achievements. This will help you explore what the island has to offer after its plethora of changes since release, but also assist in finishing off some fossil collections!

Poll Question
Should there be a mini-task list on Fossil Island? Completing these tasks would reward you with some additional fossils to start your display cases.

Looking at the data from the island, Birdhouses are the most underused piece of content. Although they were pitched as a training method for lower-leveled Hunters, up to about level 35, relatively few of the players who visit Fossil Island are in that category. So for many of the players on the island, the XP given from the birdhouses just isn't worthwhile - especially if you're an Iron Man, by the way, since the clockwork mechanisms can be a real pain to make.

Instead of scaling the birdhouse XP off the player's level, we would like to rebalance them with flat XP rates for the houses to ensure that the experience given is best at these levels. We'd then like to introduce additional tiers of birdhouses for higher tiered logs. These would scale to level 90 for maple, mahogany, yew, magic and redwood.

Although they wouldn't give the best experience at their levels, this would give us more breathing room to ensure the method is still useful at higher levels of the skill.

We can also change the rewards from the different birdhouse tiers. It has been suggested that all tiers of house could hold 10 birds, with higher chances of nests and farming seeds from the higher-tier houses.

Poll Question
Should additional tiers of birdhouses be created, as described in the blog? These would require Crafting levels of 45, 50, 60, 75 and 90 for maple, mahogany, yew, magic and redwood respectively.

Poll Question
Should all tiers of birdhouse be changed to hold 10 birds, with higher-tier houses instead giving increased chances of nests and seeds?

Poll Question
When dismantling birdhouses, should the clockwork used to create it be returned? 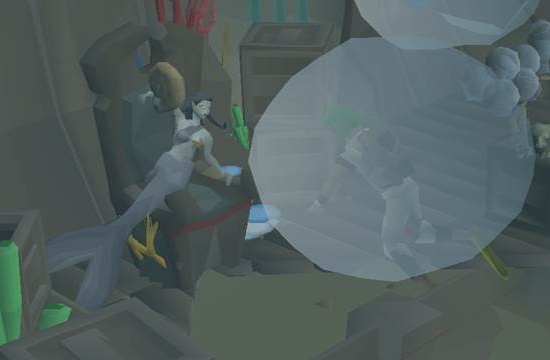 The new underwater Agility and Thieving method can provide some of the best XP in the game for Thieving and Agility in total, and there's been general praise for how engaging it is, yet not many people are using it. We think one of the drawbacks is that there are already plenty of fast ways to train Thieving, so there's not so much interest in a method of training it alongside Agility. This activity might be fine for players who want Thieving and Agility XP together, but that seems to be a relatively small number of players.

To improve this, we'd like to offer a change to how you gain the XP in the activity. Rather than gaining training XP in the two skills as as you steal the mermaid tears, we'd like to give you a new Glistening Mermaid's Tear item as an extra loot (along with a nominial amount of XP for having used your skills). The glistening tears can then be traded to Mairin for XP in one of three ways:

At levels below 99, the rates would scale down as they do in the game now.

The new tears would be stackable, but after about 6 hours of tear-gathering Mairin will expect you to hand in your glistening tears before collecting any more of them, so they could not be used to store unlimited quantities of XP indefinitely.

Poll Question
Should the underwater Agility/Thieving activity be changed to give Glistening Mermaid Tears instead of awarding XP in both skills immediately? The glistening tears would be traded with Mairin for XP in the player's choice of Agility or Thieving, whichever they prefer. 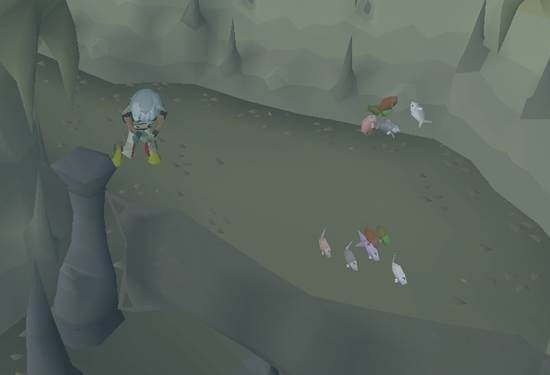 Drift net fishing has some good XP tied to it. Capping out at level 70, we see players regularly getting hourly gains of ~31k Fishing XP and ~41k Hunter XP. However, the content is not without its annoyances and we'd like to provide a little QoL to them. The daily spend is a little annoying to remember for many players, and while there's a bank fairly nearby, it's still inconvenient enough to make it a nuisance when you go to bank your fish and fetch more nets.

To tackle this, we'd like to offer a one-off unlock fee so that you no longer have to make the daily payments. Additionally, we'd like to offer a handy mermaid in the area to help make the activity more usable. She'll hold onto your drift nets, rather like a leprechaun holds onto compost and tools, and she'll even bank all your fish in exchange for some numulites.

Poll Question
Ceto currently charges 200 numulites to rent access to an instanced drift net area for a day. Should she accept 20,000 numulites as a one-off fee for permanent access to this feature?

Poll Question
Should a new mermaid be added to the drift net area who can hold onto your spare drift nets to save space?

Poll Question
Should the collection screen for the fish found in the drift net area allow you to bank your whole catch for a small numulite cost?

We recently buffed Sulliuscep trees to give an additional 40% experience. We certainly think the experience they give is better now, though the method itself has some annoyances we'd like to address. 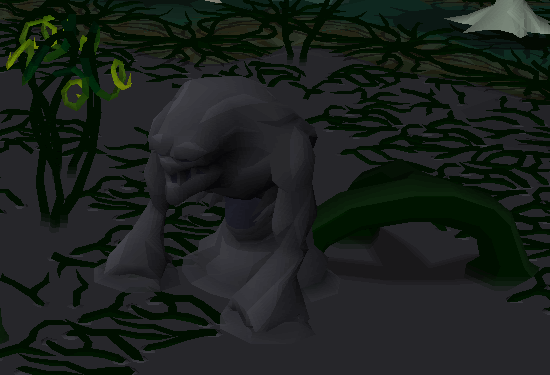 To fix this, we wish to reduce the damage inflicted by tar monsters. Furthermore, we will make a change that allows the tar monsters to be stunned after they've appeared. Currently, this is only able to be done while in their 'bubble form'. Finally, we wish to severely reduce the damage of the AOE attack to avoid griefing and allow the opportunity of teamwork with dedicated tanks running around the swamp.

We'd also like to make the hoop snakes more convenient to obtain, by increasing their quantity and their respawn rate. 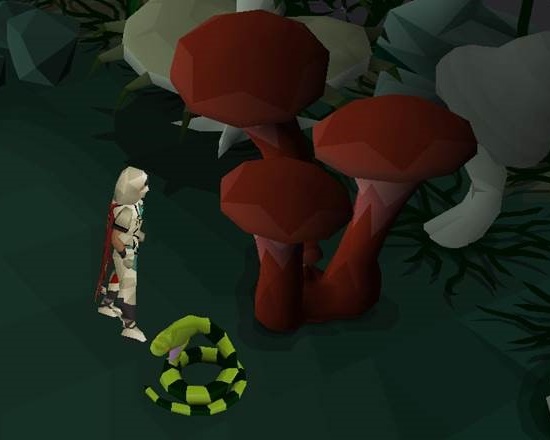 Hardwood farming is in a nice spot right now. The main niggle is the inconsistency on their growth due the oddities of the Farming timer, a legacy piece of code pre-dating even the 2007 era of RuneScape. We've undertaken a full rewrite of the whole Farming timer system, aiming to make the growth rates more consistent. This is now in testing; we're not predicting an exact date for it, since it's a rather large thing to test and debug, but we hope to give you this improvement by the end of the year.

Seaweed farming has a solid number of people farming it, though we notice that many players aren't using it as a substitute for regular Seaweed with the Lunar spell 'Glass Make'. This seems to be because the XP given for using it assumes only 2 piece of soda ash are used, rather than the six that it is worth. This is a bug, and it will be fixed, though we're avoiding changes to XP rates half-way through the King of the Skill competition.

With Fossil wyverns having generally less favourable drops, and the Ancient wyverns having a higher level Slayer requirement than their less-fleshy counterparts, we'll be nerfing the defensive stats of both wyverns to make them a little less of a hassle to kill.

We'll also add an option to the Slayer rewards menu to stop Slayer masters assigning you Fossil wyverns, for a fee of 80 points. This will not count towards the number of tasks you've blocked.

The Mycelium pool's prayer activity was always intended to be a little bonus way to use additional bones, rather than a training method. Nevertheless, we'd like to make it a little more appealing to use.

Firstly, we intend to remove the inconveniently random calcite:pyrophosphite ratio, changing it to a simple 1:1 ratio.

Furthermore, we'd like to increase the XP rates five-fold, giving 500, 1000, 1500 and 2500 Prayer XP for small, medium, large and rare fossils respectively. Though this doesn't make it a viable training method, it will certainly make it slightly more useful if you've got spare fossils.

It's been suggested that we allow players to buy Volcanic Ash from the mine's reward shop, as an alternative to mining it directly from the rocks. We'd be happy to do this.

Poll Question
Should the Volcano Mine shop sell Volcanic Ash for a cost of 40 points per item?

Now let's address the final hot topic we've seen. Why should I bother gaining more Kudos and fossils after I unlock the Volcanic mine? Simply put, the current answer is nothing outside of the XP lamps they give... for now.

In the not so distant future, similar to Skotizo, we plan on adding a demiboss to use those spare fossils you've acquired. There's a very convenient spot on the bottom floor of the museum that's not currently filled, if you have a little wander down there! 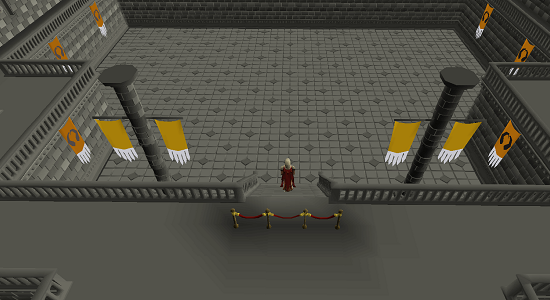 Once you've had a chance to share your thoughts on these changes, and maybe suggest some more ideas of your own, we'll get a poll online forthwith. So please let us know how you feel. We'd aim to release the polled changes alongside the other balancing work in a subsequent update, though we're aiming not to affect XP rates during the King of the Skill competition.