“Exile, you must leave our province. Our people will no longer see you as their brother...”
~ Brundt the Chieftain
The Fremennik Exiles

The Fremennik bards often sing tales of the past. Of great battles, deadly foes and heroes long gone. However, in recent years, things have been much quieter in the Fremennik Province, with the bards having few things to sing about. All that is about to change though, as what starts off as a simple investigation soon leads to one of the greatest threats the Fremennik have ever seen. 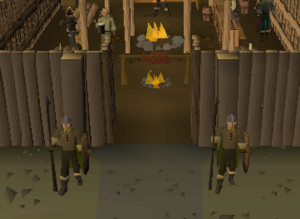 Here are some words from the developers behind The Fremennik Exiles:

"The Fremennik have been a beloved group of people within the Old School universe since their original release on November 2nd, 2004. Many of the Fremennik quests have brought iconic Old School elements to the game, such as Fremennik helmets, God books, Kingdom Management, Lunar spells and the Helm of Neitiznot. The Fremennik lore weaves parts of Nordic mythology and our own Old School lore into what I personally found to be my favourite quest series – which lead to naming my own choob account after one of the 272 randomly assigned names given upon completion of the Fremennik Trials. Most recently, your adventurer has stopped the bickering rivalry between the islands of Neitiznot and Jatizso and, most importantly, began diplomatic negotiations of the tense feud between the Moon Clan and Rellekka. These diplomatic relations will assist in Fremennik Exiles where you’ll be discovering more interlinking history between the clans before their split in the 2nd age and learning of a prophesied future to come…"
~Mod Wolf

"The Fremennik Exiles quest is an unusual project. Mod Wolf first pitched the idea to me back in early 2017, before I had even moved into Content Development. A few months later, I began working on it in my personal project time, and a large chunk was completed before personal projects were unfortunately cancelled in mid 2018. Since then, the quest has sat on the back-burner, waiting for a suitable gap in our schedule. With work on Song of the Elves now complete, we finally have the time available to finish off the Fremennik Exiles for a release later this year. Going back to the Fremennik Exiles is an interesting experience for me, as while it will be the tenth quest I've released (assuming it passes a poll of course), it was actually one of the first ones I worked on, containing my first ever cutscene and my first proper interface. To look back at where it all started has been very enjoyable (though I have made a few tweaks to my earlier work as unsurprisingly, my skills back then were a little rougher). Having worked on this project on and off for so long, it's great to finally be sharing a bit more about it, and I hope everyone enjoys what we've cooked up with this one."
~Mod Ed
The Quest 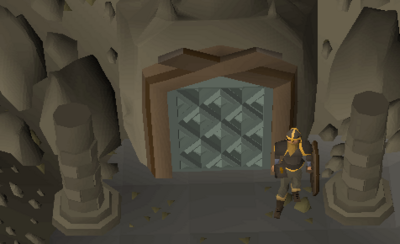 The Fremennik Exiles is a Master level quest, and the next instalment in the Fremennik series. Taking on new challenges, making difficult decisions, and ultimately proving your worth, you are the only chance at saving Rellekka from the threat of Basilisks. 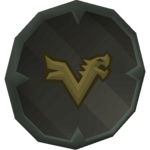 Completing The Fremennik Exiles will reward you with the following: 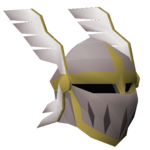 The Neitiznot Faceguard is the Helm of Neitiznot combined with the jaw of a basilisk knight . This tradeable jaw will be a unique drop from the basilisk knights after the completion of The Fremennik Exiles quest. The Neitiznot Faceguard will be untradeable and will require 70 Defence and completion of The Fremennik Exiles to wear. The helm can be freely reverted at any time and if lost in PvP it will revert to the normal Helm of Neitiznot and the jaw. It will have the following stats:

That's it for The Fremennik Exiles Quest and Poll Blog! We plan to poll the quest and its rewards from Friday, August 30th to Friday, September 6th. Pending any feedback, we may make changes to this blog and list those changes at the top in a changelog before the poll. Do you have what it takes to save Rellekka from the basilisks?