This week’s update sees the Shades of Mort’ton rework and the introduction of Equipment Rebalance beta worlds.

You voted for it, so you’re getting it – the Shades of Mort’ton minigame has undergone a total overhaul this week, with new rewards, new shades, and a bone-shaking new look. Grab your Flamtaer Hammer, we’re going in!

The first thing you’ll notice is that the catacombs have undergone a terrifying makeover! They’re now visually consistent with other nearby dungeons, like the infamous Barrows.

In addition, the general layout of the area is a bit more segmented, making it easier to figure out exactly where you are. We wouldn’t want you getting lost down there!

A couple of other things have also changed: in the south-west, you’ll see the familiar Asyn shades and their black chests, but their area has been condensed to the size of the other rooms. In the south-east, you’ll spot something new: this is the area where the new Urium shades have set up shop, and it’s also where you can find golden chests.

Please welcome a new kind of shade to the catacombs! Urium shades are a new tier with combat level 140 – a daunting opponent, but one well worth fighting! Urium shades will always drop Urium remains, which, when burned with redwood pyre logs, will get you a golden key. There’s also a lower chance of getting a golden key from burning Fiyr remains.

This key will let you open the new golden chests in the south-east corner of the Catacombs. They contain improved standard loot, along with some new unique items – so be sure to give them a try!

Editor’s Note: This concept appeared in the Poll Blog as ‘Diyn shades’. The name has been changed to avoid confusion, since these creatures don’t drop shade remains.

When opening any chest in the Catacombs, there is a chance to spawn a Zombie Zealot. The undead fanatics will drop bleached bones that must be burned on the Altar of the Damned. Each time you do so, the Altar will be charged, allowing you to restore your Prayer until the charges have depleted. Bleached bones are untradeable, and so must be gathered by the player who intends to use them. Good luck!

The new and improved look of The Catacombs

Along with all the old rewards, you can now also gain the following spooky stuff from Shades of Mort’ton:

The first of the new unique items on offer is the Wearable Coffin! It fits neatly into your Cape slot and allows you to store a variety of shade remains to help free up your Backpack space.

After finding either a bronze, steel, black, silver or gold lock, a new NPC, Dampe, will hand you a Wearable Coffin and help you repair it. The higher the tier of lock you find, the more remains you’ll be able to cram in there. It’s definitely worth upgrading: you can store just three remains in the Bronze Coffin, but the Gold Coffin will fit 28 remains inside – that’s a whole extra Inventory. Plus, keeping remains in the Coffin means you won’t get gross body slime all over your stuff. It’s a win-win! 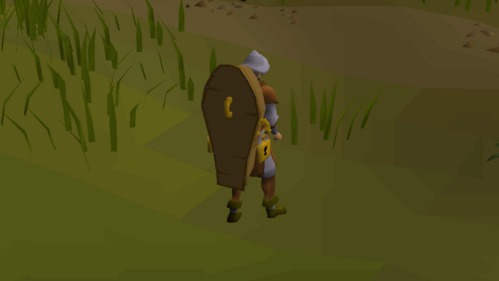 Store those remains in the new wearable coffin!

This new armour set can only be found in the new gold chests. There are four pieces to collect: the helm, top, legs, and boots. The set is untradeable and doesn’t offer any combat stats, although it does have a nice set bonus – for each piece you’re wearing, you’ll get a 1.25% chance to save a bone or an ensouled head, and wearing the full set will boost that up to a 5% chance.

This effect is also stackable with the Wilderness Altar’s bone-saving effect. 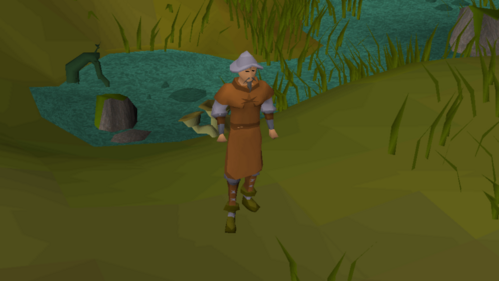 Show off in style with the new Prayer Robes!

There are two books within the Catacombs that hold the long-forgotten secret to crafting Swampbark and Bloodbark armours. We’ve had a word with their long-forgotten publisher and they say we can publish the recipes here, too.

Swampbark armour is created by using a piece of splitbark armour on the Nature Altar. Each piece costs a specific amount of runes: 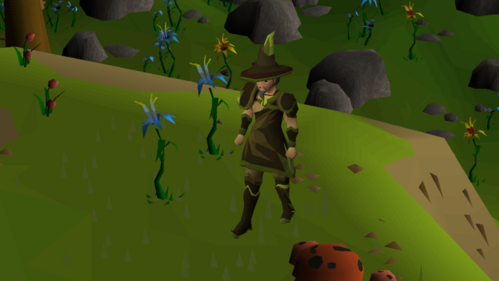 Be at one with nature!

Bloodbark armour is similarly created by using a piece of splitbark armour on the Blood Altar, and each piece also costs a specific amount of runes:

The Bloodbark set offers a similar defence level to adamant and a Magic bonus which is five less than Mystic. In addition, it will buff Ancient blood spell effects (Blood Rush, Burst, Blitz and Barrage).

It’ll also give you an increased heal percentage of 1.5% per piece equipped, with a full set bonus of 32.5% Hitpoints restore.

The XP gain from crafting these armour sets will be minimal – it’s not supposed to be a training method! 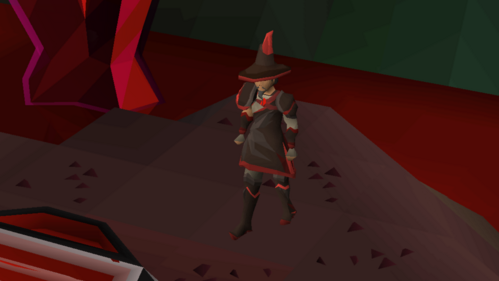 Show them the true power of blood!

You’re also now able to craft your own splitbark armour. Between level 60 and level 62 Crafting, you’ll unlock the ability to create each individual piece by combining fine cloth and bark with your needle and thread.

We really hope you enjoy exploring the new and improved Shades of Mort’ton. Let us know what you think of these changes on Reddit, Twitter, Discord, or the official forums.

We’ve been listening closely to all your feedback regarding the Equipment Rebalance and we wanted to thank you for all the constructive and healthy discussion over the proposed changes.

With today’s update, we’ll be opening two beta worlds that’ll allow you to test some of the proposed changes as if they were live in-game. You’ll be able to take part in any content you could find on the main game worlds and you’ll be provided with supply chests containing common items. Of course, you’ll also get access to the items that we’ve proposed changes for – that way you can properly compare the differences between the existing versions and the updated ones.

To take part in the beta find one of the two blue worlds on the World Switcher and join in. The worlds in question will be World 401 (US) and World 407 (UK).

After you've joined you will appear in Ferox Enclave. The supply chests are located on the tables within the rooms next to the Castle Wars and Free-For-All portals and will allow you to choose your gear and set your stats accordingly. 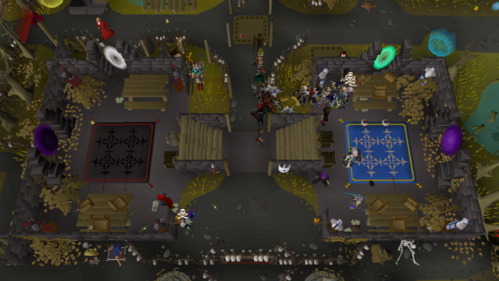 You can also change your spellbook by visiting the Altar in the north eastern room. 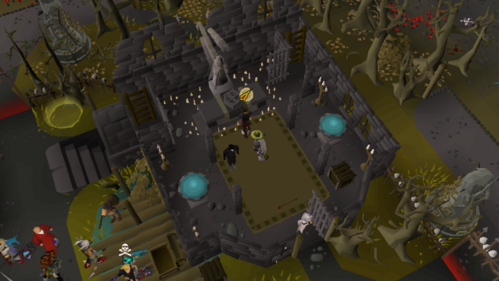 We really do appreciate any and all constructive feedback we receive, so please continue to provide us with your thoughts.

The delay when using bandages in Soul Wars has been removed, but the healing has been slightly reduced.