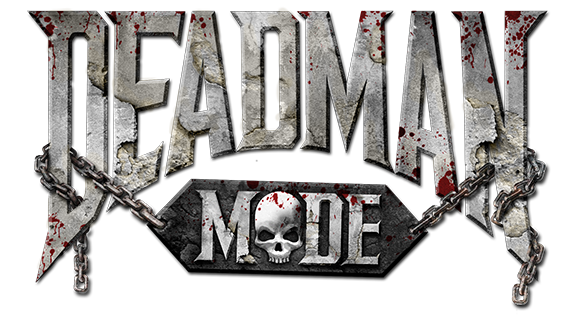 Oh, and no more fog.
Claim your victim's experience
Earn experience based on the amount lost by your victims!

The intended nature of Deadman Mode is a devastatingly deadly environment in which you kill or be killed. However, we often see many players opting to stay safe and slowly improve their stats and bank in order to get ahead.

We want to encourage the more daring players who choose to expose themselves by going for kills. As such, from next season you will receive experience for getting kills.

For example, if you kill a player and they lose 1,000,000 Fishing experience, you will receive a 250,000 experience lamp when you open their bank key. This lamp may only be used on Fishing.

Quest completion
Complete quests in the first week for an early advantage, or have them automatically completed after one week!

Complete quests in the first week for an early advantage, or have them automatically completed after one week!

With the frequency of Deadman seasons, completing the same quests every time can get a bit repetitive.

From next season, all quests will be completed for all players one week after the next Deadman season begins. You'll have access to all of the post-quest content in game, but you will not receive experience or item rewards for any quests which were automatically completed.

If you really can't wait until a week is up to get access to Morytania, or maybe to get your hands on a Dragon Scimitar, then you can still complete the necessary quests in the first week. You'll get all the usual rewards, including experience and items.

Participants in the next Deadman Invitational will also find that all quests are completed when they login, as the Invitational is only one week long.

In the next Deadman season we will, once again, be preventing players using the ancient spellbook and from accessing Barrows for one week. We believe this had a positive effect on the previous season, bringing a bit more balance to the game mode.

We're also going to be removing access to lava dragons in Deadman Mode. They have proven to be a bit too beneficial to a small number of players, and the community has called for them to be removed.

No more fog
Fog will no longer slowly fill the map in the Deadman Invitational. Woo!

The fog has been troublesome in the Deadman Invitationals. This time around, we're going to be taking a slightly different approach. Rather than fog which slowly comes in from the edge of the map, we'll be removing access to chunks of the map all at once.

Players will be warned when inside a soon to be removed area that if they continue to hang around there, they will die. A countdown will be visible on screen, and they'll be told where they need to go.

If a player fails to evacuate the area by the time the timer runs out, they will be killed. We'll continue to remove more and more parts of the map until there is a very small playable area remaining, and a clearly defined final safe area.

Also, the final area will not be closed off. It will be marked clearly along the outer edge, but you will be able to pass through this freely.

We feel that this approach to moving players to a final area will make it easy for participants to know exactly where they can/cannot be. The end result is the same: players being moved towards a final, small area.

We'll be using Annakarl as the final area in the next Deadman Invitational It was a popular ending location, and being in the wilderness means we can reliably use the levels of the wilderness to instruct participants on where to go.

Final hour beta
We'll be running a beta of the final hour of the Deadman Invitational.

Knowing exactly how things will go when 2,000 people get thrown into the Deadman Invitational isn't always easy - so to help us insure everything is as it should be, we are going to be running a beta of the final hour.

This will give players a chance to see exactly how things will go when the final hour hits, and it will give us an opportunity to fix any potential issues prior to the start of the Invitational.

There will be more details on the beta at a later date.