The PvP week of QoL month is upon us - and these are the updates we'll be offering in the poll kicking off later this week!

Tier 1 emblems on the Grand Exchange

Since the release of the Grand Exchange, it hasn't been possible to trade tier 1 Bounty Emblems despite them being tradeable.

In order to help people get their hands on larger quantities of these emblems, we will be offering to make it possible to buy them through the G.E.

Question: Should tier 1 Bounty Hunter emblems be tradeable on the Grand Exchange? It would also become possible to note emblems with this change.

Currently, the chance of receiving a mysterious emblem from one of the Wilderness bosses on world 318 is very slim, sitting at 1 in 50. We want to make it much more common by making it a 1 in 5 chance. 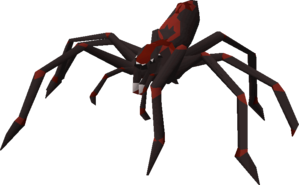 Question: Should the chance of receiving mysterious emblems from wilderness bosses be increased to 1 in 5 from 1 in 50? It would still only be possible to receive emblems as a drop on world 318.

No targets beyond 5 Wilderness

Question: Should a toggle be added to Bounty Hunter which prevents you getting targets who are located beyond level 5 Wilderness?

We'd like to display a couple more crucial bits of information about your Bounty Hunter target. This would include whether or not they're skulled, and what tier emblem they are holding (if they have one).

Question: Should the Bounty Hunter overlay display whether or not your target is skulled, and the tier of emblem they are holding (if any)?

The Teleport to Bounty Target spell is currently used very infrequently. In order to make it a bit more worth using, we'll be offering the removal of the rune cost.

Question: Should the rune cost of the Teleport to Bounty Target spell be removed?

Risk is something which comes hand-in-hand with the Wilderness. It is a dangerous, abandoned land where its inhabitants do as they please. The way that dropping items in the Wilderness currently works doesn't always play into this vision.

Items can be dropped onto the ground before a death, and players can then quickly return where they died to pick them back up. Evading the risk of death in this way isn't really in the spirit of the Wilderness, so we would like to make items which are dropped within the Wilderness appear instantly.

Alongside this change, we would also make food and potions never appear to other players when dropped within the Wilderness. The aim of this is to prevent teams providing their own with an unlimited flow of supplies in otherwise deadly situations.

All of these changes would also be applied to dangerous areas in PvP worlds.

Question: Should tradeable items dropped within PvP areas appear instantly? This would not apply to food or potions, instead they would never appear to other players.

Reduced experience for splashing a Teleblock

This will make it a little easier to tell when your teleblock was successful.

Question: Should splashing a teleblock provide less experience than casting one successfully?

When under the effects of a teleblock, we would like to let you know how many seconds until the teleblock wears off in the chat message when attempting to teleport.

As the teleblock timer currently only runs once per minute, we'd need to rewrite the timer to run more frequently. This would allow us to give you the number of seconds remaining, rather than just the number of minutes.

Rewriting the teleblock timer would have the added side-effect of making the duration of teleblocks more consistent.

Currently, the duration of teleblocks can vary by up to a minute. Rewriting the timer would put an end to this - meaning that a teleblock would last 5 minutes, instead of anywhere from 4 - 5 minutes.

Question: Should we change the teleblock spell so that it can tell you how many seconds remain before you can teleport? This will make the duration of teleblocks more consistent.

If you get teleblocked within the Wilderness and return to a safe area, your teleblock is removed. This isn't currently the case in PvP worlds. Should it be?

Question: Should teleblocks be removed when you enter a safe zone on PvP worlds?

Question: Should a Wine of Zamorak spawn be added to the temple found in level 35 wilderness? This wine would need to be telegrabbed, and players who have completed the hard wilderness diary would receive them in noted form.

Question: Should the kill death ratio overlay track kills and deaths in the entire wilderness, rather than just those beyond level 20 wilderness?