The time has come once again to chip away at the backlog and propose a list of game improvement changes!

Our suggestion to amend the polling system to better represent niche communities is still being considered. Our next step is to gather community-wide opinions in our upcoming Annual Survey, and use that data alongside polling behaviour data to come to a decision. In the meantime, the questions in this poll affect the entire community, and so it will be open to everyone.

Let us know what you think of the questions being polled and as always, we're happy to take further suggestions.

This poll is due to open on November 20th and close on the 25th. Any features that pass may not arrive until early next year.

The Looting Bag allows players to store items while in the Wilderness. The 'Open' option puts items from the ground straight into the bag. We would like other bags to have this functionality.

We've had several suggestions for making the Bruma torch from the Wintertodt more useful. One of the more popular suggestions, changing it to an off-hand item, may be possible later down the line, but requires extra work as it's currently equipped in the main hand. In the meantime, we'd like to offer these two changes:

Alternate versions and recolours of existing pets are a popular request. For now, we're able to offer these recolours (which require less resources) while our graphics team work on other projects. 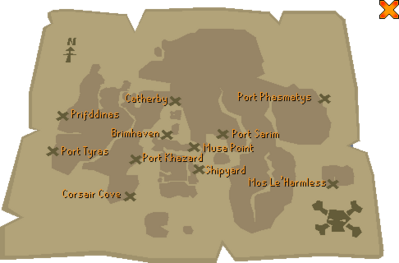 The spices used to make spicy stews take up a lot of bank space, so we'd like to offer two potential ways to store them. Neither of these options would be accesible to Ultimate Ironman accounts.

Doing Things With the Bank Open

Being unable to use items while they're in the Bank means you often have to open and close the Bank interface, withdrawing and depositing items multiple times. To improve the experience of using the Bank, we'd like to offer the following:

Currently, players don't receive any run restoration bonuses from earning pieces of the Graceful set until the whole outfit is obtained. We'd like to split the run-restore bonuses among each piece and create an additional bonus for wearing the complete set. The more expensive pieces (top and bottoms) would give 4% each and the less expensive (the rest) would give 3%.

We would like to offer an emote as the milestone reward for completing 600 Beginner clues. The number 600 was chosen in line with other clue milestone rewards (100 Master, 200 Elite, 300 Hard etc). The emote would have the player 'explore' by raising a sextant and searching for the next clue!

Currently Crystal tools cannot be used at all when they run out of charges. They also use charges in cases where the extra benefit of being a crystal item don't apply (such as using a Crystal Pickaxe to mine dense essence or fight the guardians in the Chambers of Xeric). We'd like to change these to make them fairer to use.

The Theatre of Blood 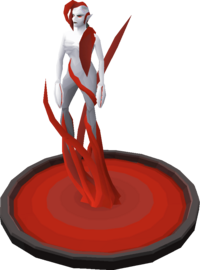 Some aspects of the Maiden of Sugadinti boss fight in the Theatre of Blood are RNG dependent, which can be frustrating. We'd like to change these to be more skill based without affecting their difficulty.

At RuneFest we mentioned that we were working on improvements to the Puro Puro and Mage Training Arena interfaces. Here are the options: 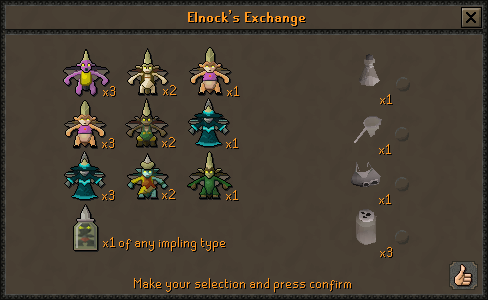 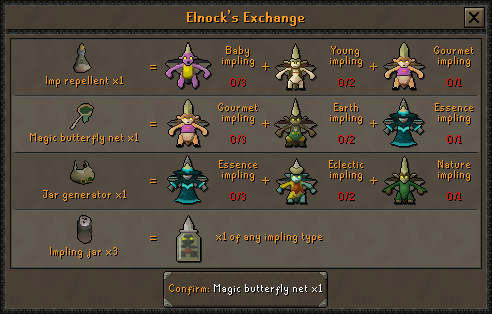 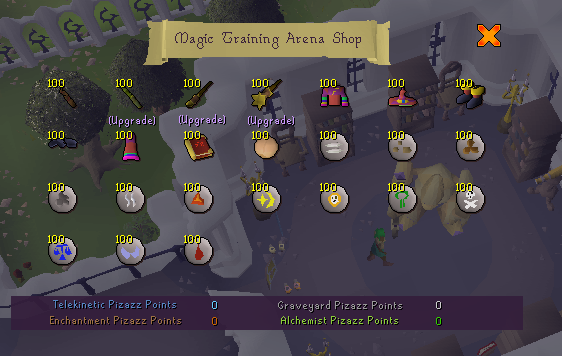 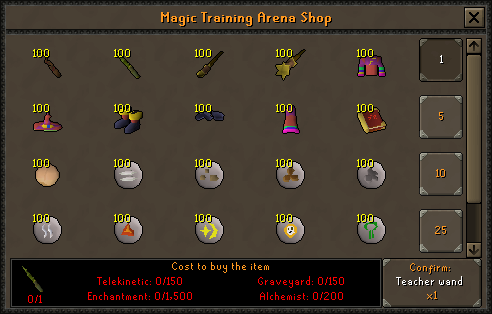 When you accidentally plant the wrong tree sapling, it's possible to dig it up again. We'd like to extend the same functionality to herbs.

After the Song of the Elves launch we revisited the design of Dragonstone armour based on your feedback. Since then, we're reworked alternate looks even further and would like to offer the following:

Unlike the other poll questions in this blog which require the standard 75% pass rate, this opinion poll will determine which version will be implemented based on which one is most popular.

Option A: the current design

Option B: a lower detailed version

Option D: a combination of options B and C

This feature would allow players to customise the order in which Prayers appear in the Prayer tab. It was polled previously, failing at just under 75%. Due to recent demand, we'd like to offer this once again.

Some items may only be received during their related quests. Occasionally, there will be no way to recover them if they are destroyed, so we'd like to poll options for re-obtaining them in the two instances below. If there are other items that you would like the chance to re-obtain, we're open to suggestions.

The final change we'd like to implement is designed to streamline the voting process. Currently, players have to go to a Poll Booth in game to vote on polls - this popular suggestion would allow them to do it from the interface. 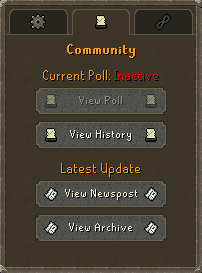 The poll buttons as they would appear. Note: the icons next to the buttons are placeholder only.