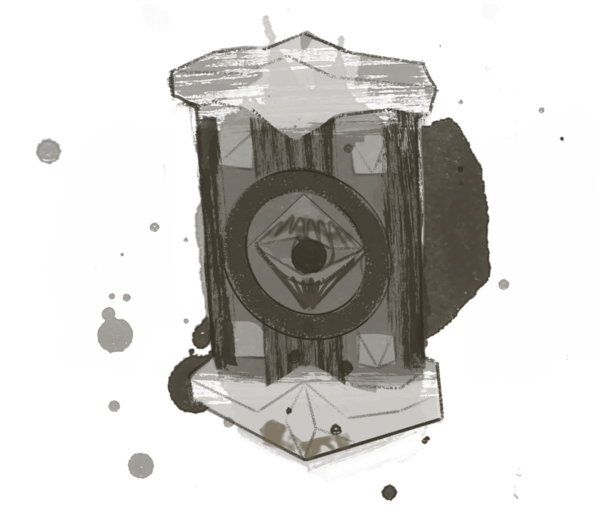 I am pleased to report that we have successfully retrieved the majority of the items in the Redoubt, with the exception of the Hammer itself. We expended just two assistants in the course of our investigation, and there is no hurry to replace them.

More importantly, it seems our assumption was correct. Each one of Dinh’s creations – with the exception of a few early experiments – are made from the same metal, and infused with the same magic you and I have become familiar with. Although the metal has proved unusually difficult to melt down, I have no doubt in my mind that should we find a vein of the appropriate ore, it would only be but a matter of time before we could fit our strongest soldiers with similar weapons and armour – in fact, I would highly recommend it.

However, there have been some… concerning developments. Several of my assistants, and even some of the guards, have reported a feeling of unease when working with the objects. Now, as you know, I have very little time for such superstitious nonsense. But it seemed unusual for the lizardmen to be affected. So I experimented.

Alone in a well-lit chamber with one of the lesser artefacts, the first human subject lasted four hours and twelve minutes before reporting deep unease and requesting to leave. Their lizardman counterpart managed six hours and twenty minutes.

Overnight, the results changed dramatically – one assistant (who has since been reprimanded) attempted to hurl one of the objects out of the laboratory window after just three hours and seven minutes. He is currently in the cells. This morning I found him cowering beneath his bunk, babbling about ‘being watched’.

Having determined that no physical effects resulted from the exposure, I of course attempted the experiment on myself. Armour and weapons that strike deep fear into our enemies would, of course, be highly beneficial – but unfortunately, after one night’s vigil, I was unable to pinpoint the source of the subjects’ fear. In fact, I felt remarkably at ease. I’d go so far as to say that I feel a kind of kinship with these objects – a strange sense that they want to aid our cause.

Still, should we seek to build on Dinh’s designs for our own armoury, I recommend doing away with the - admittedly striking - eye motif. Perhaps your own symbol would be a good replacement?

Before I sign off, there’s also the other matter you asked me to look into. I can confirm that the Bulwark of legend was among the artefacts abandoned in the tower – and if the rest of our contact’s information is solid, then I will also concede that it does indeed share some similarities with the Doors of Dinh.

It’s my hypothesis that the Bulwark was intended as some kind of early prototype – but it’s missing some key factor that made the Doors fit for purpose, an issue I discovered quite by chance after freezing an assistant during testing. That one will need replacing, I’m afraid.

How much do we know about Dinh’s life? His interests? His… allegiances? I sense the power of the Dark Altar in his work, but cannot entertain the idea that this lowly smith somehow learned more about it than you or I have managed. No, he must have obtained this power by some other means.

In any case, this missing piece of the puzzle has given me an idea. If we did decide to follow our contact’s proposed course of action and weaken the Doors, all we’d need to do is remove - or weaken - this extra layer of protection. We already know that without Dinh’s knowledge and expertise, the Doors cannot be repaired to the same standard. He took no apprentices. His hammer is well-defended, in territory we control. I’m not suggesting that we indulge our contact’s ridiculous plan, of course - but if managed carefully, the weakening of Kourend’s only defence against the Wintertodt would make a marvellous distraction from our true goal.

Regardless, it’s something of a moot point. When such powerful magic is involved, any disruptive action would be on the scale of decades, not days.

But I suppose there’s no harm in having a contingency plan. We have all the time in the world.