Here’s your chance to learn about the main game rewards for Shattered Relics League before you cast your vote!

Update (October 5th): We first published the Leagues III Rewards blog on September 23rd, and following your feedback we've made some changes to the appearances of some of the rewards. Check out the table below for a short summary of what has changed! 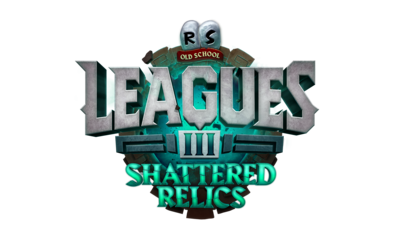 You’ll notice that this year, we’re not giving away too much information around the Shattered Relics League. This is intentional! This League is set to be our most open and versatile one to date, and we feel that sharing too much information ahead of the release could take out a lot of the excitement of the unknown.

You’ll have to master the new Relics system in which the Relics themselves have been shattered across Gielinor by a mysterious and powerful Magic user. Throughout your journey you’ll earn Fragments of these Relics, which when combined unlock different powers and benefits that tailor to your playstyle. Experiment with this highly versatile system and unlock great powers like no other!

Much like previous Leagues, you’ll complete tasks that reward you with points. A big twist of Shattered Relics is that rather than progressively unlocking areas as you did in Trailblazer, you’ll instead have to unlock individual pieces of content such as skills, bosses and auto-completing quests. Complete tasks and unlock the content of your choice!

The points you earn will be transferred over to the main game once the League ends to unlock exclusive rewards! At this point you’re probably wondering what prizes you can look forward to as reward for your rapid RuneScaping? Well, today we’d like to share a few of our ideas.

We'd like for this poll to run from October 7th to October 13th, and your feedback will ensure that the rewards fit the achievements in our most open and versatile League yet! Please read this post carefully and let us know what you think.

Leagues III - Shattered Relics is due to launch on November 3rd!

Before we get going, here’s a reminder of the classic rewards we’ve offered in all previous Leagues. These goodies will continue to feature as rewards in Leagues III.

As long-time League-ers will know, each League has its own themed outfits, offered in three tiers. The more points you accumulate, the higher tier of outfit you’ll access. Naturally, you get more flair in your fashion at the higher tiers! Each outfit also has an emote related to the theme of that particular League. We’ll once again be offering some great new themed outfits for Leagues III! 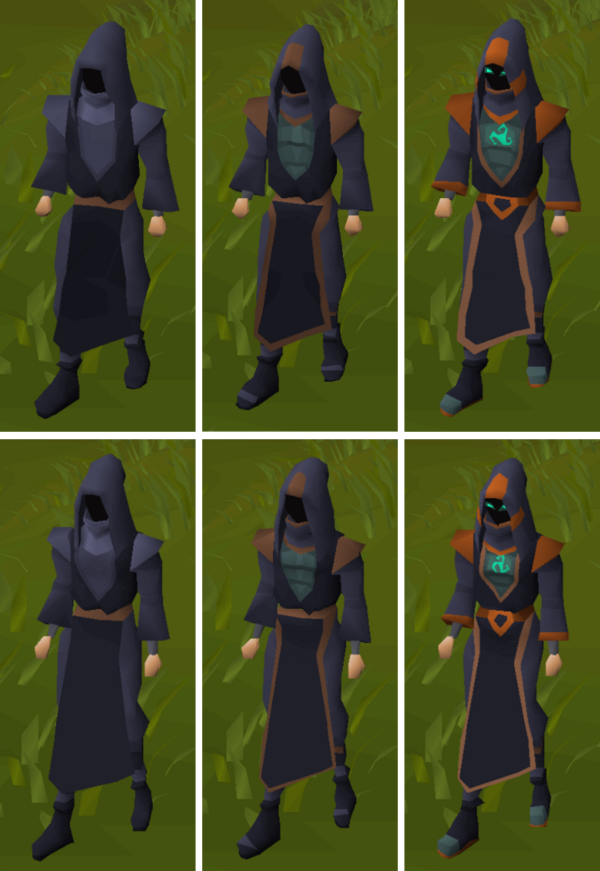 Once you’re done jet-setting all over Gielinor, won’t it be nice to click that friendly blue circle and head back home? And wouldn’t it be even nicer if you had a funky home teleport animation to do it with?

Well you’re in luck, ‘cause that’s what this little scroll will teach you to do! Once you’ve learned the trick, your home teleports will look a little different. Instead of drawing a chalk circle, you’ll place down some Relics, and before you know it you’ll be clawed back home.

You may remember that with the first League, we added the League Hall to Player Owned Houses. This became a hub for players to reminisce over past Leagues, keep an eye on their rankings and gloat over all the rewards they had unlocked during their adventures. We’re going to carry on this tradition with Leagues III, with the addition of these classics.

Show your support for your favourite League (so far) with this themed banner! The banner is wearable, though if you don't fancy using up a main-hand slot, it can be proudly displayed in your Player Owned House via the Leagues Hall.

Show off your skill and dedication to the League with untradeable trophies ranging from Bronze to Dragon! The trophies can be held in the off-hand slot (aside from Dragon, Rune and Adamant, which are two-handed) and will have a unique emote that you can access by right clicking them. Don't want to make them a part of your fashionscape? Save your hands from the heavy lifting and store them in your Player Owned House via the Trophy Case. 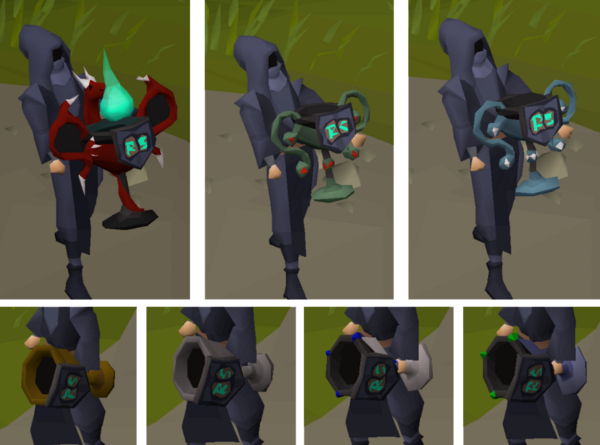 So, what’s new? In Leagues III we want players across all playstyles, tiers and ages to access some ace bounty. We also want these goodies to be the kind of kit you can keep using for years to come, like the classic Twisted Slayer Helmet and Graceful Outfit recolour of Leagues past. With these goals in mind, we’ve come up with some new ideas, and we’d love to hear your feedback. Let us know what you think:

The Weapon Variety pack is our way of providing a selection of cosmetic items suited to different players. The Abyssal/Tentacle Whip, Rune Crossbow, God books and Mystic Robes have a range of level requirements to appeal to a wide range of different players. The Rune Crossbow is a staple for beginner accounts before receiving the Blowpipe, and continues to have a great variety of uses from then onwards – in contrast, the Abyssal/Tentacle Whip is a mid-to-late game weapon that we see players using from the moment they unlock it, right until the very latest stages of the game. God books offer a great variety of stats and bonuses, finding use far beyond the ability to bless silver symbols or perform wedding rites. The Mystic Robes, meanwhile, are a stand-alone magic item that appeals to most players, without having too much lore attached to it that could cause problems in the future. We wouldn’t want to break the lore!

Each kit would be applicable to one item, so you would need to score four kits to transform all four items. What do you think? 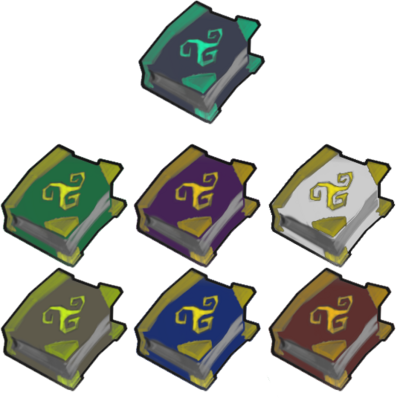 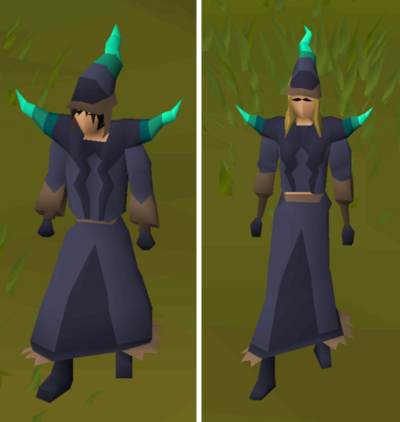 The Dwarven Multicannon is an interesting item. It’s expensive to operate, but packs a hefty punch, and can greatly speed up those Slayer tasks! The advantages are obvious: it can be used at the very start of the game as the quests required to unlock it are pretty low level. It then remains viable right up to 99 Slayer.

We reckon that an ornament kit for the cannon would give it a fresh look. One design we might consider is the original eight-barrel cannon from classic RuneScape (which we’ve seen you requesting a few times on Reddit and Twitter). Thoughts? 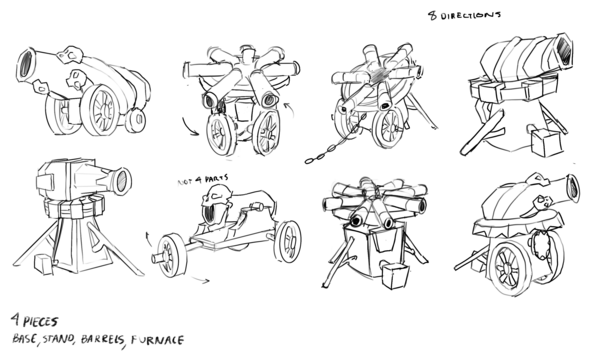 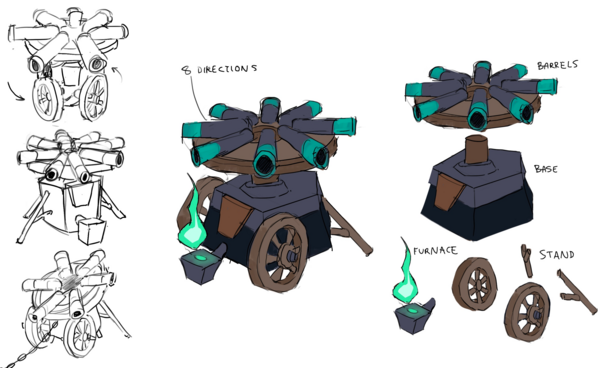 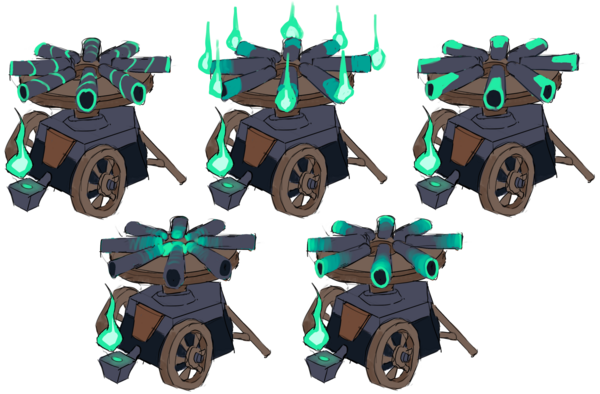 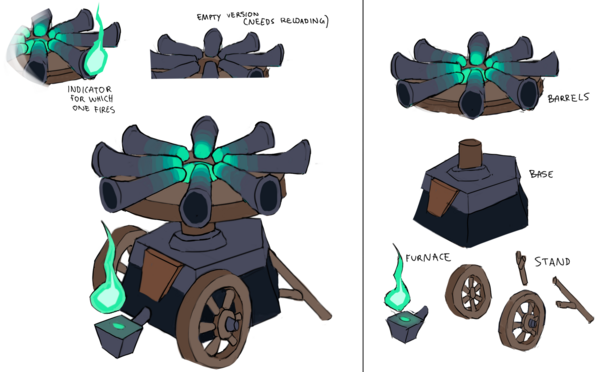 Void is a perfect reward for Leagues III because it already fits with Melee, Range and Magic combat thanks to the different Helmet types. Plus, the Void and Elite Void variants are both great for mid- and late-game players, with excellent usage in PvM throughout. A snazzy Leagues-themed recolour to these outfits could be the perfect reward for speedy ‘Scapers. Let us know what you think! 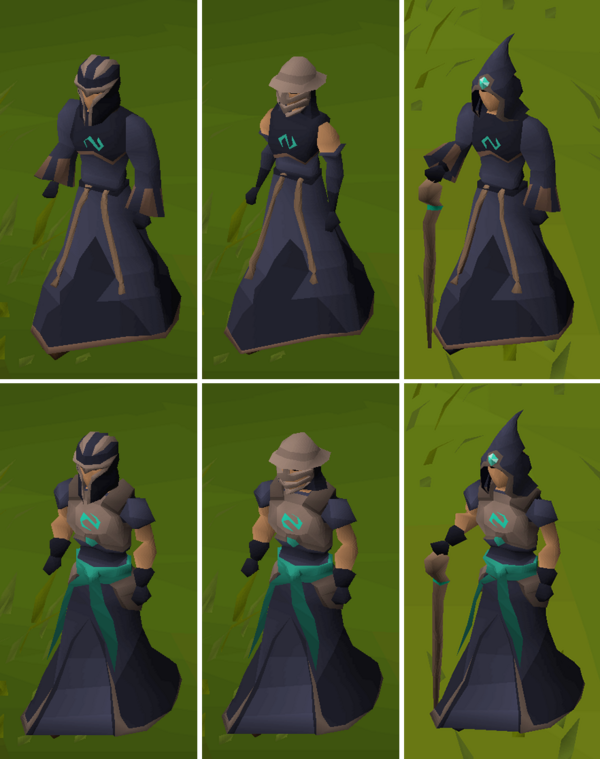 As always, we welcome your thoughts on this poll blog, and we’ll be making adjustments as feedback rolls in. Check the changelist at the top of this blog for the latest updates!